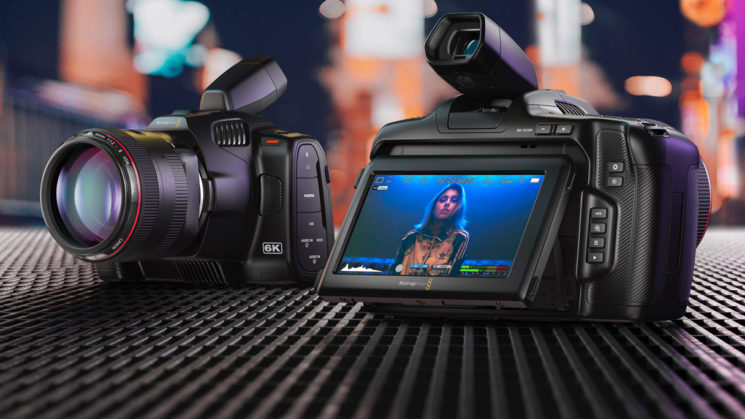 Blackmagic Design has announced the new Pocket Cinema Camera 6K Pro. It’s a full-frame version of the regular Pocket 6K, but with some features of the URSA Mini Pro. Blackmagic says that this isn’t just an incremental update to the Pocket 6K and is a completely new design, which is a bit beefier, with a whole bunch of new features.

One new feature, resolving a big complaint of both the Pocket 4K and Pocket 6K is that it has a tilting touchscreen LCD. Yup, that’s right, it’s not fixed anymore, meaning you can easily get those low down and high up shots without always having to resort to an external monitor.

Here’s the live stream of the announcement. The bit with the new camera starts around 1 hour and 20 minutes from the start.

Another feature of the Pocket 4K and Pocket 6K that often forces people to seek external power options is the battery. That’s been addressed, too, with the Pocket 6K Pro, which is powered from a readily available and inexpensive Sony NP-F570 style battery for a much longer use time. And a brand new feature that should also save you a little money is that the Pocket 6K Pro features internal 2, 4 & 6 stop neutral density filters. They’re motor-driven, which is different to those found in the URSA Mini Pro. 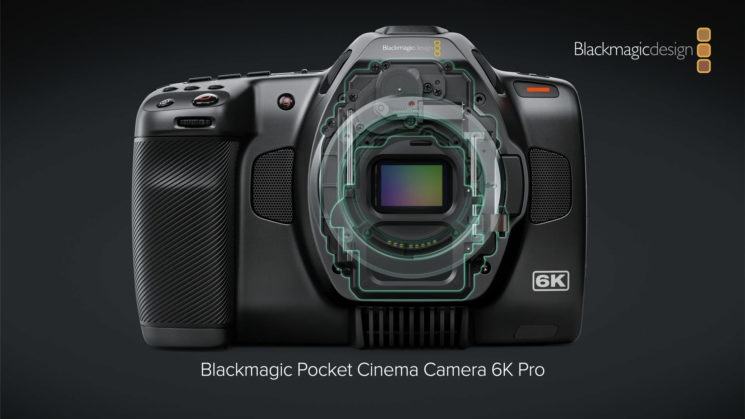 The camera offers 13 stops of dynamic range with a dual native ISO sensor capable of up to ISO25,600. You can shoot full-resolution 6K footage at up to 60fps or at 120fps in windowed mode. As with the standard Pocket 6K, the Pocket 6K Pro uses an active Canon EF lens mount allowing you to adjust the focus and aperture on AF lenses from within the camera’s touchscreen.

The Pocket 6K Pro comes with Blackmagic Design’s 5th generation colour science (the same as that found in the URSA Mini Pro 12K) offering more accurate and cleaner reproductions than we’ve seen from their other Pocket Cinema cameras so far. Although both of the existing Pocket Cinema Cameras will also receive the new 5th generation colour science with a free firmware update coming in the next month or so.

And to help you view it in-camera, there’s a new pro-level external viewfinder that mounts to the top of the camera for when you don’t want to rely on the LCD. 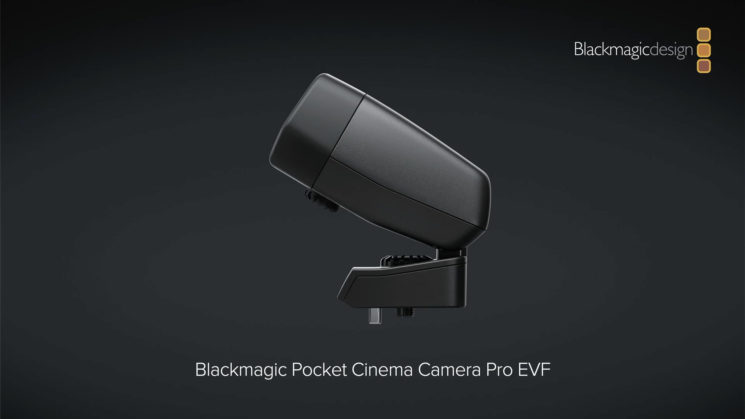 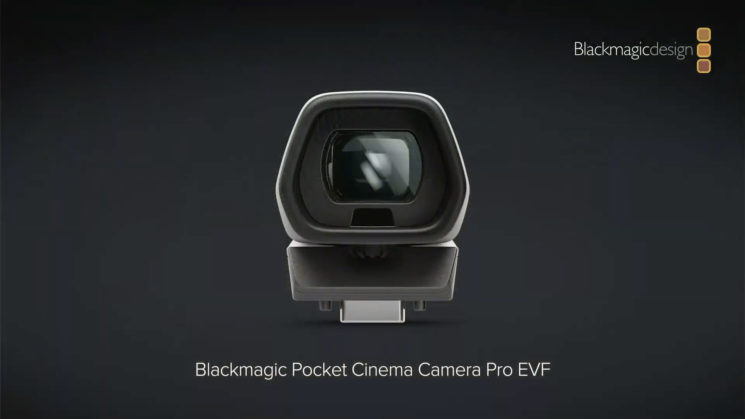 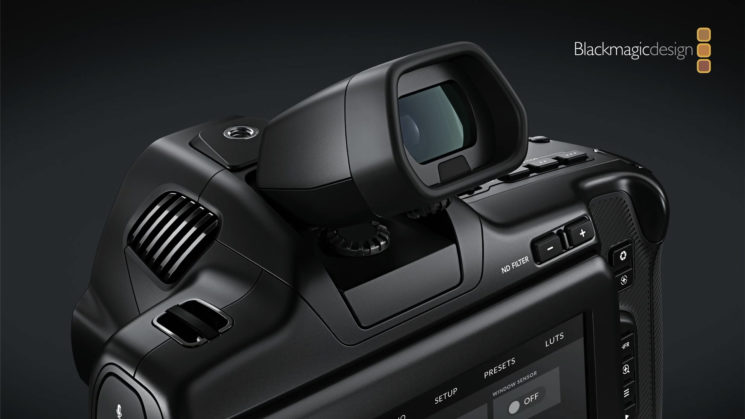 You can also plug in an extra XLR microphone now, as the Pocket 6K Pro contains two Mini XLR sockets over the one socket found on each of the Pocket4K and 6K cameras.