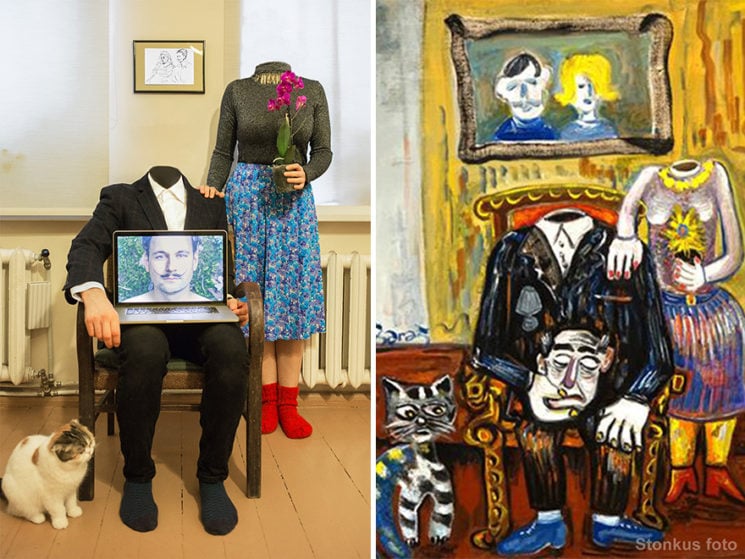 When the pandemic forced us into isolation, many of us had to find new ways to pass the time and new subjects to photograph. Lithuanian photographer Justinas Stonkus is not an exception. When the pandemic hit, he had to find a replacement for his photography gigs without leaving home – and so he did. With his girlfriend and two cats, Justinas recreated famous artworks in a series of brilliant and often funny photos.

Like most professional photographers, Justinas also had all of his gigs canceled in the spring of 2020. He found himself isolated with his partner, two cats, and lots of time on his hands. So, he started a little project to exercise his creative muscle, pass time, and have some fun.

During the first round of lockdowns, many folks recreated famous paintings. Perhaps you remember that Getty Museum even turned it into a challenge, and lots of folks (including me) joined it. Inspired by other people and their creativity during the lockdown, Justinas decided to give it a go himself. He recreated classic paintings using only the things he could find at home. People on social media proposed most pictures, and it took Justinas between four and five hours to make each of them. 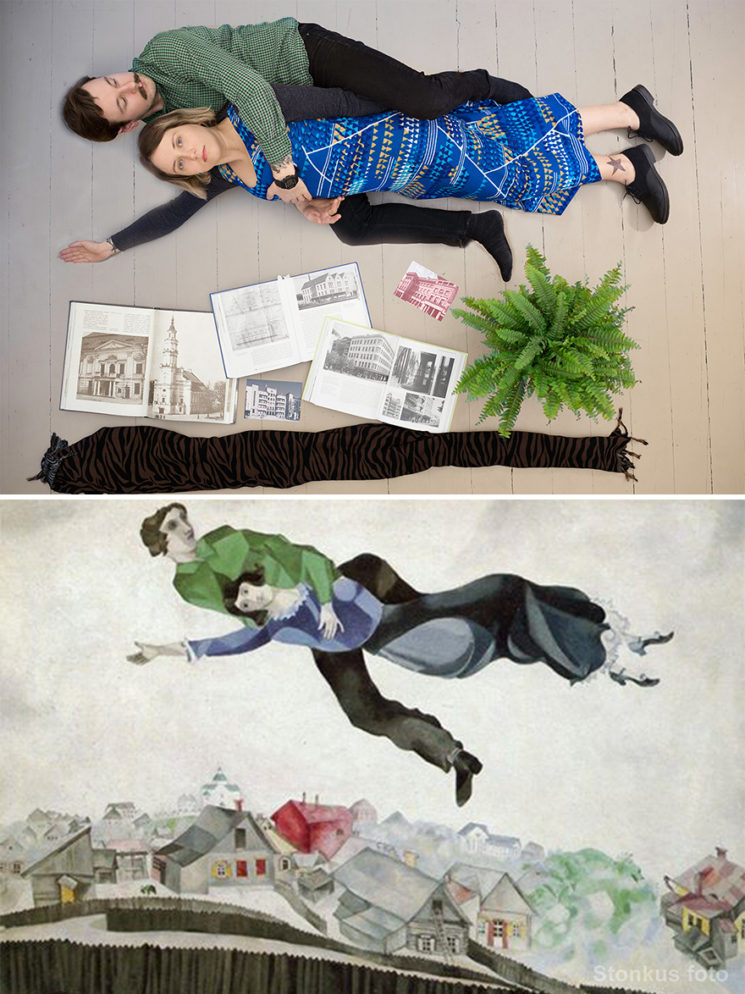 Interestingly enough, this project didn’t just end with sharing photos on social media. The photos were published in the magazine “Kaunas Full of Culture” (2020/05) and online (Kauno Žinios). As memorabilia of quarantine, Justinas gave the photos to the Lithuanian National Museum of Art for their future exhibitions. We’re living in the era that will be taught about in history books, so it’s fantastic to have artwork like this that keeps the memory of people’s ideas and creativity during the most challenging times. 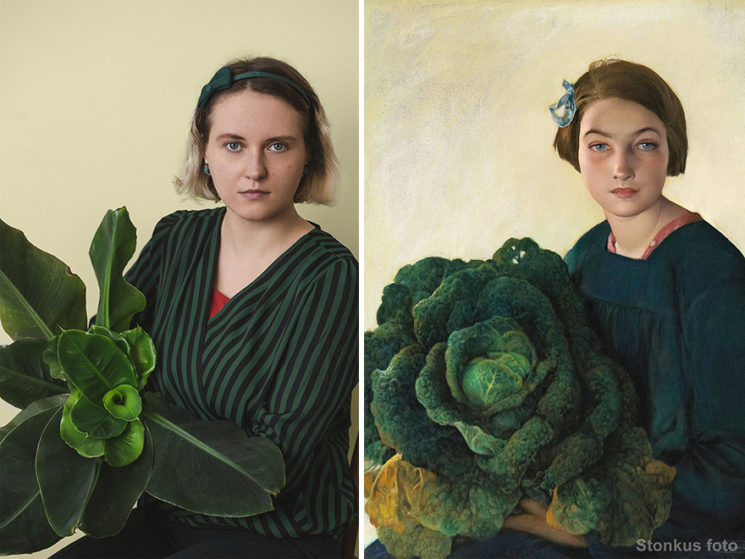 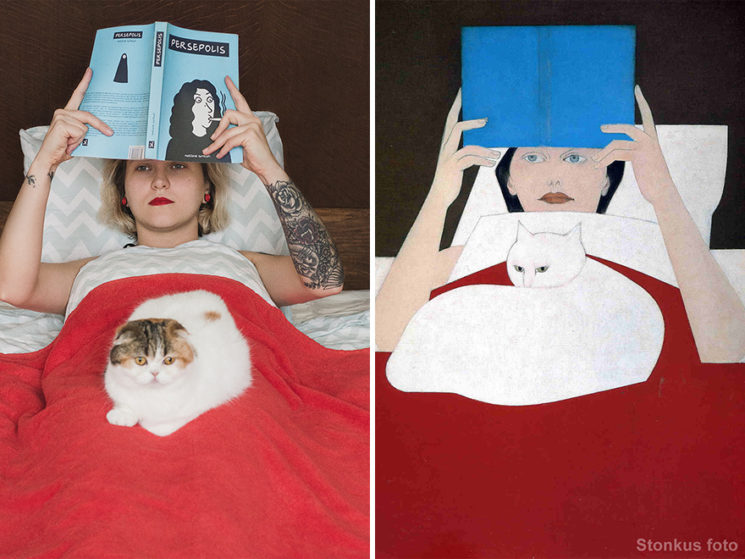 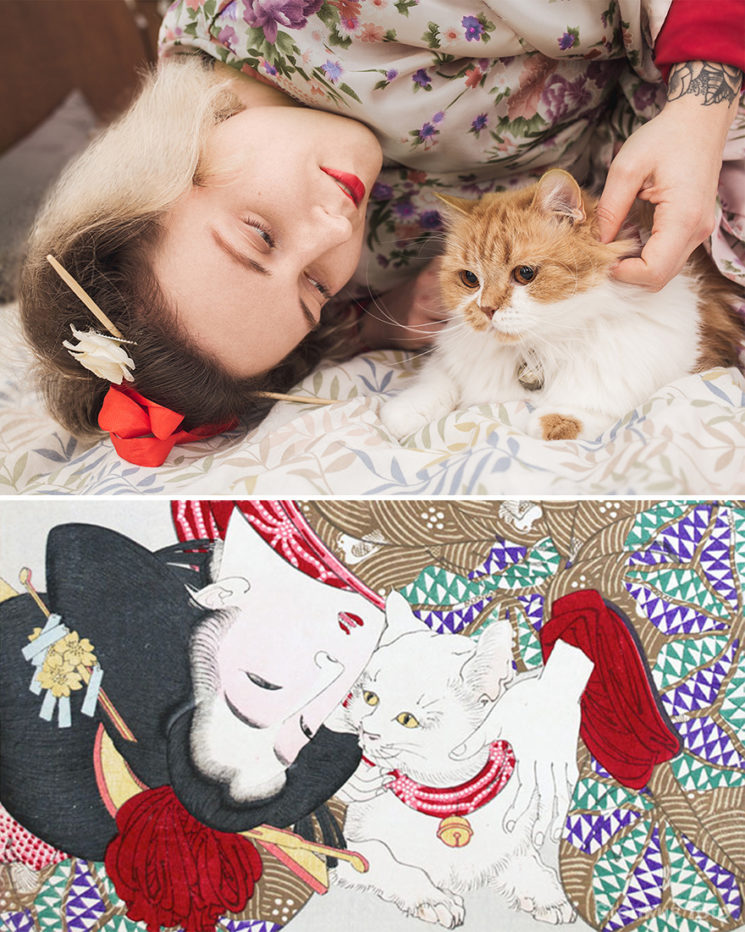 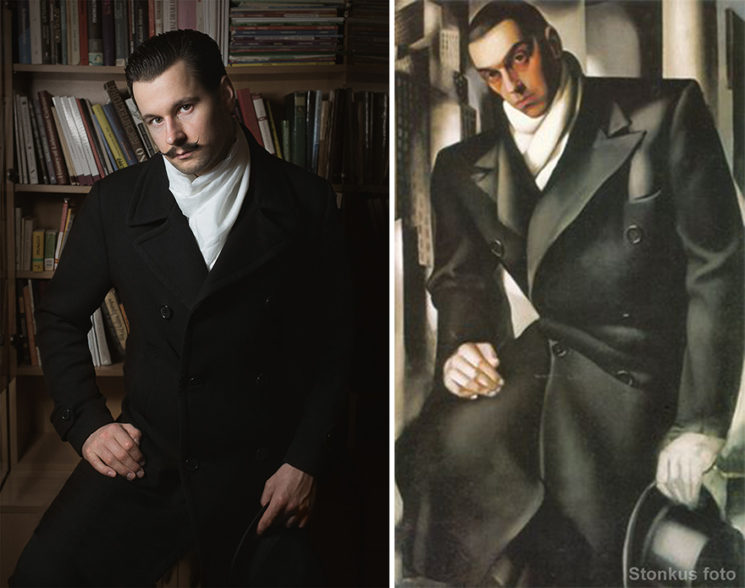 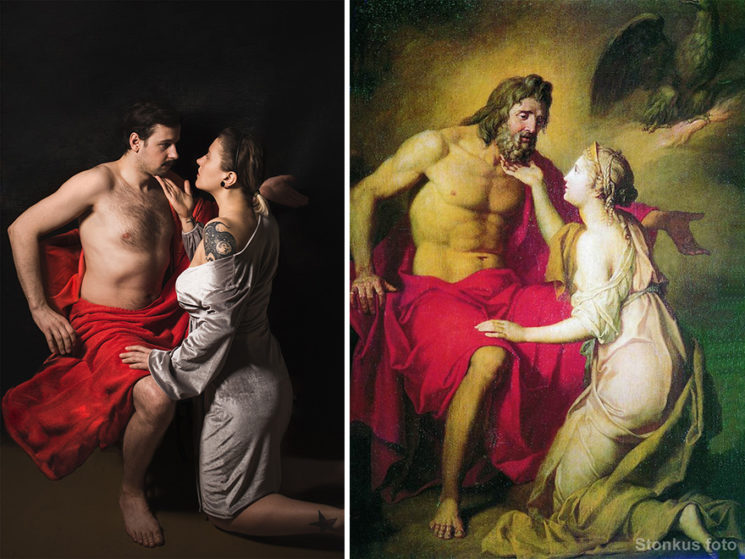 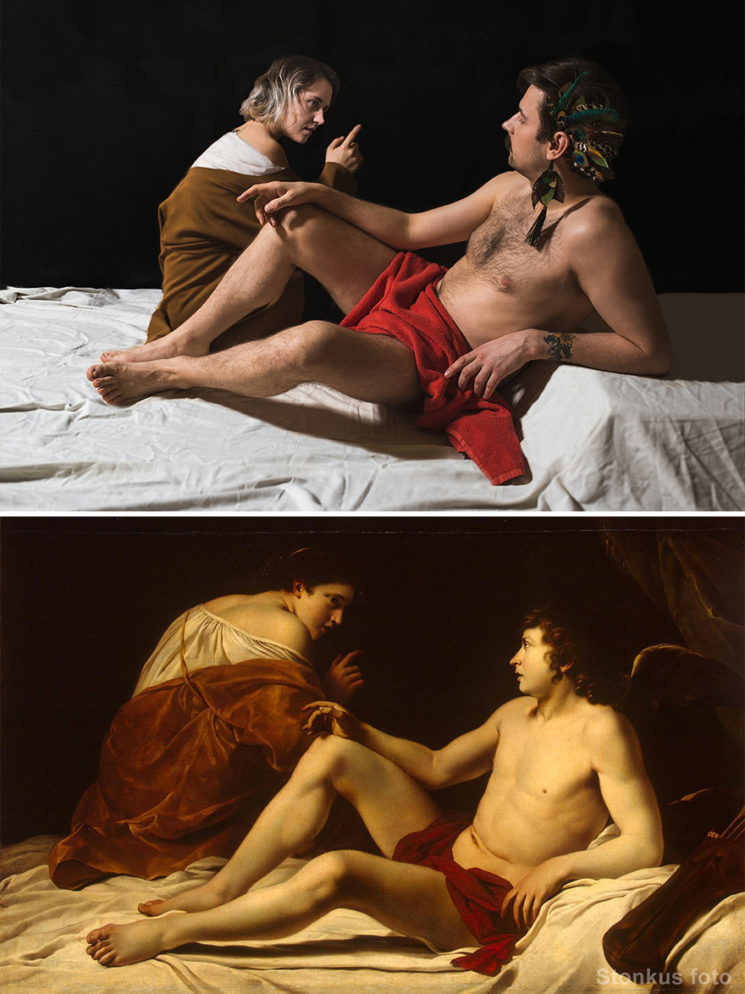 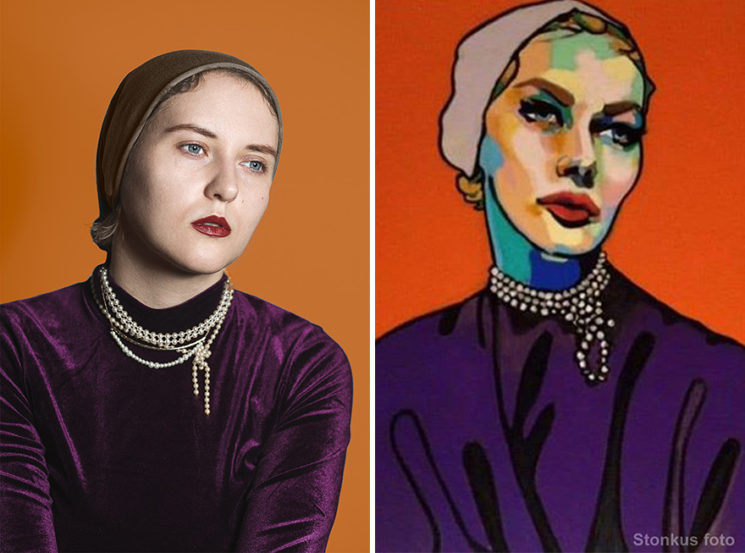 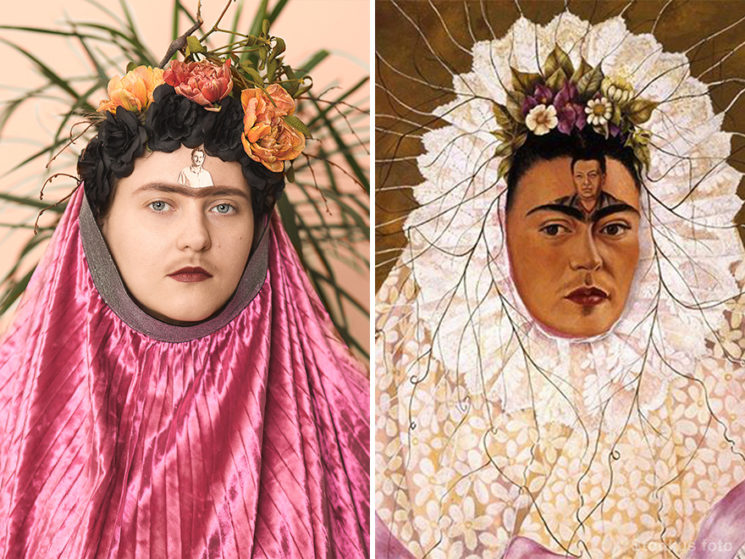 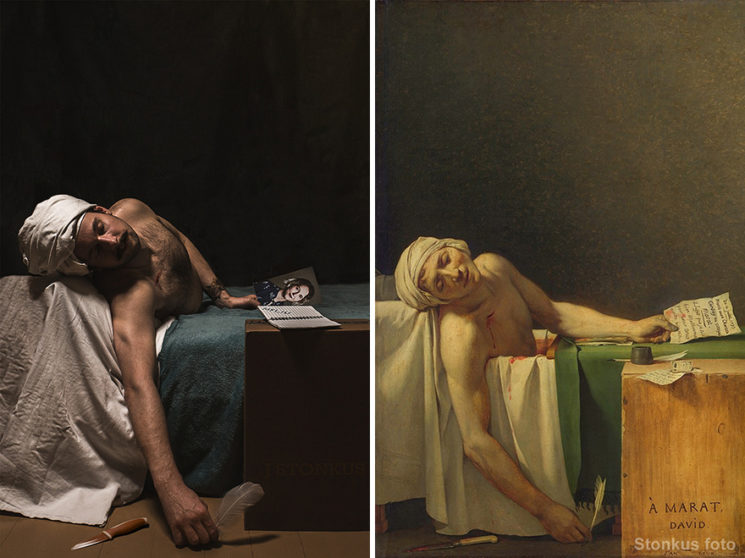 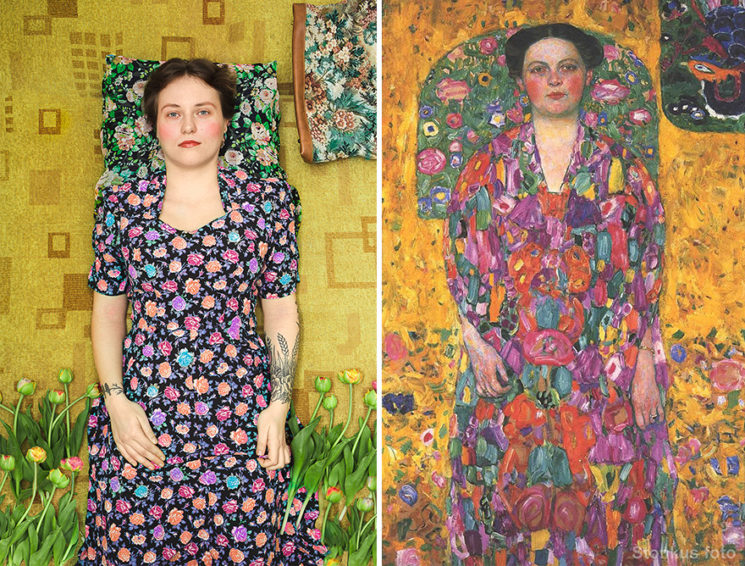 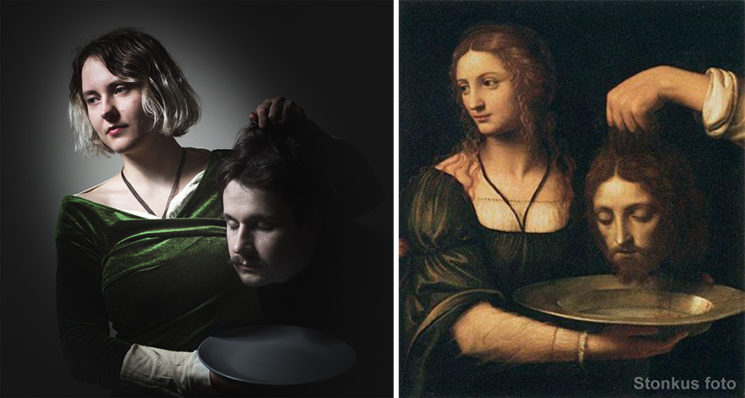 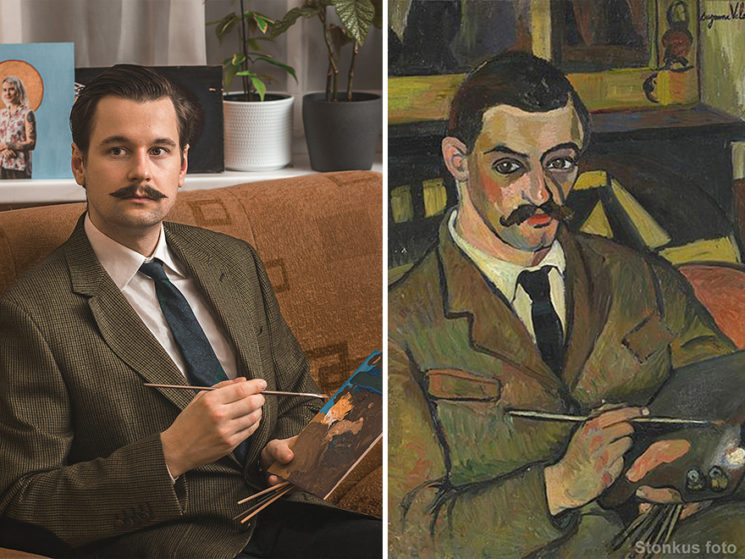 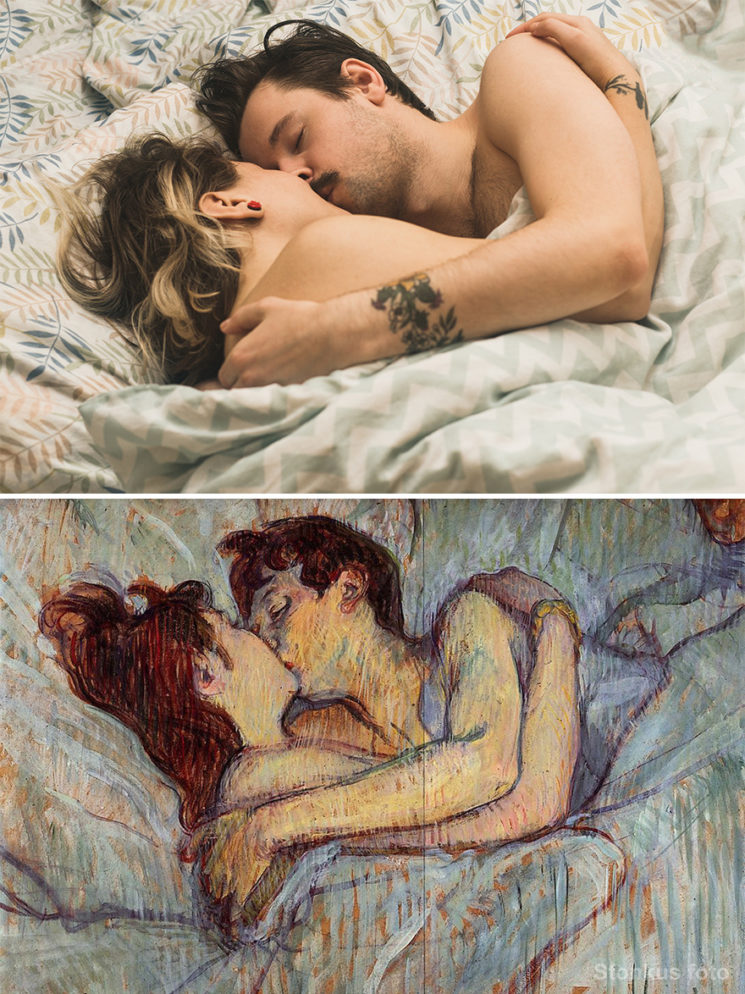 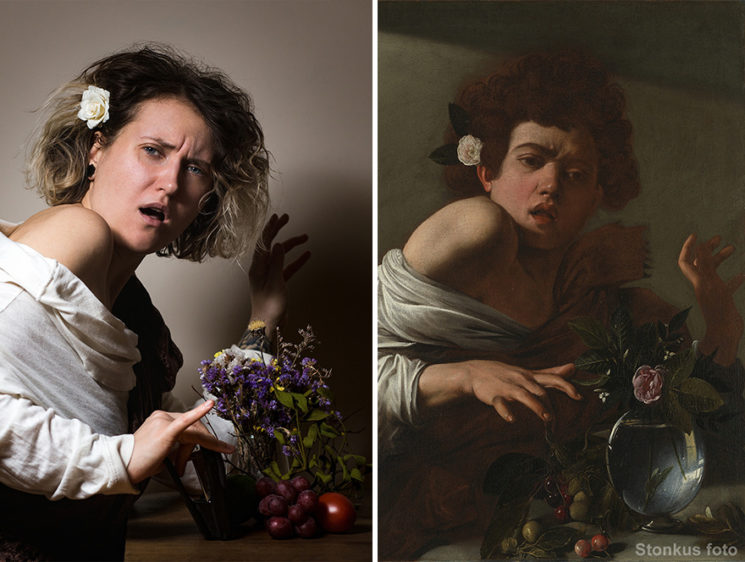 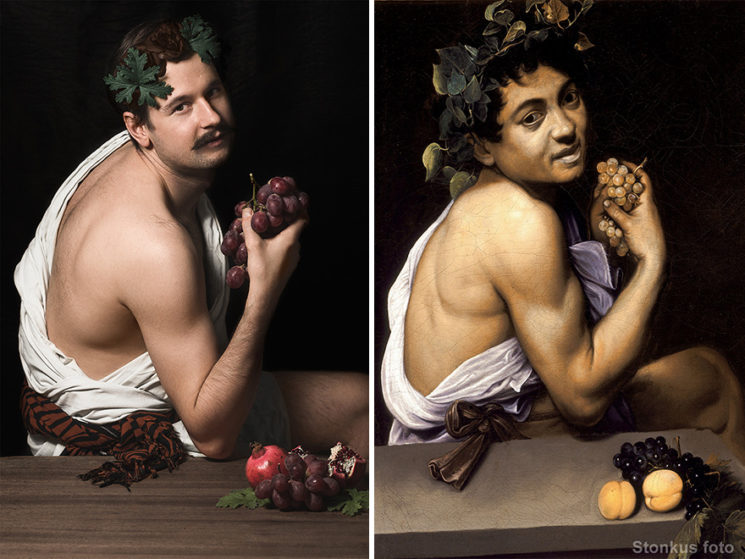