Food photography is every much an art as food styling is and Russian-based artist, Tatiana Shkondina, is a master at both. In one of her recent projects, Shkondina tasked herself with recreating some of art history’s greatest hits using nothing more the contents of a refrigerator and her trusty camera. She also enlisted the help of fellow photographer, Alexander Tivanov, to pitch in with post production and her assistant, Dmitry Malutin, was also around to provide some helping hands. After looking through some of the creations, it appears the trio makes quite a team.

Not surprisingly, Shkondina has quite an impressive photography and food styling resume with a client roster that sparkles with names like Good Housekeeping, ABC Taste, Men’s Health, Tupperware, and a host of other major international companies. But, we don’t need to see a resume to understand Shkondina’s talent. Her portfolio speaks for itself.

To make the awesome images, Shkondina first comes up with the idea, typically starting with a highly recognizable painting, so she can begin sketching out her visions. She goes over a variety of combinations and possibilities while sketching, so she knows exactly what kind of foods she’ll need to reproduce the texture and colors she wants to present in the finished photographs. She then digs into her bag of food photography skills to capture the works of art. She says, depending on the complexity of the image, post production can sometimes take a few days to complete. For example, in a rendition of Andy Warhol’s “Dollar Sign“, Tivanov had to “paint in” some of the effects around the dollar signs.

The series currently has repro’s of Dali, Van Gogh, Picasso, Warhol, Rousseau and a handful of other historically notable painters and Shkondina says she’ll be adding new additions to the family soon. You can see more of her work and stay up to date by visiting her website, following her on Facebook, and discovering another of her side projects, WeAreDreamers.ru,  which is similar in theme to the images shared in this post (and a really clever use of the .ru domain extension).

In the meantime, enjoy a sampling of her creative work, below. You can click on the title big title of each image to see the original versions of each photo. 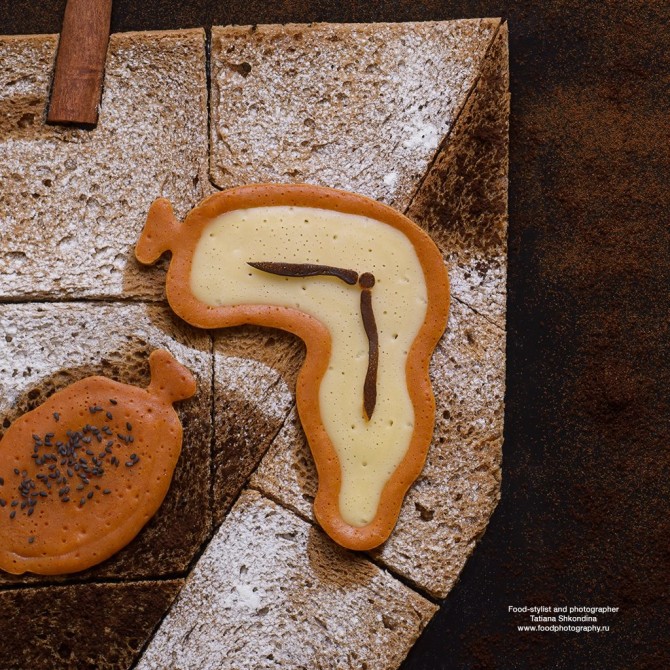 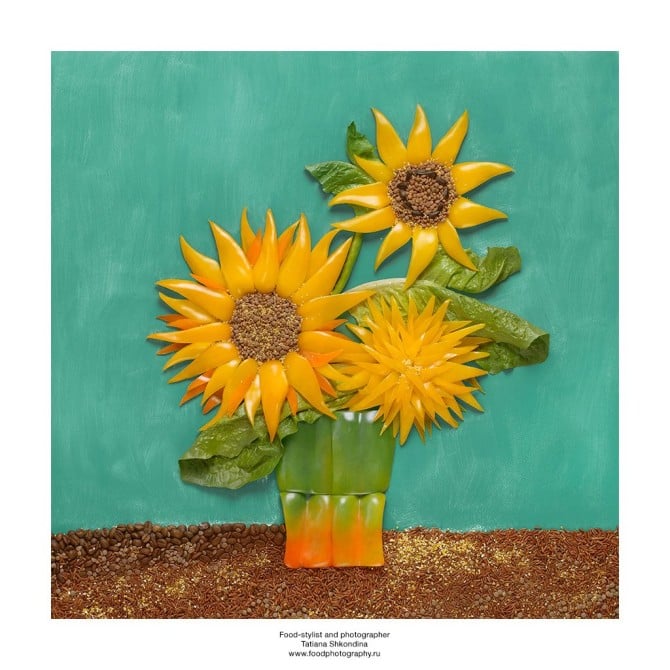 Pablo Picasso “The Dove of Peace” 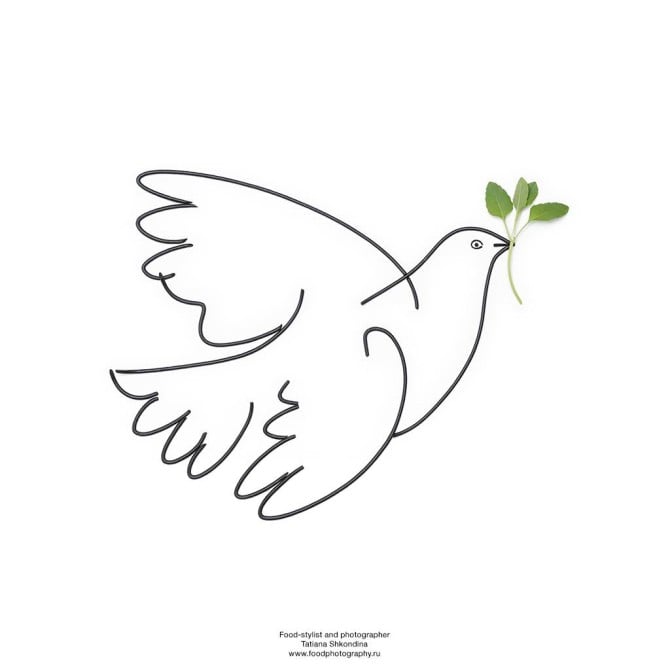 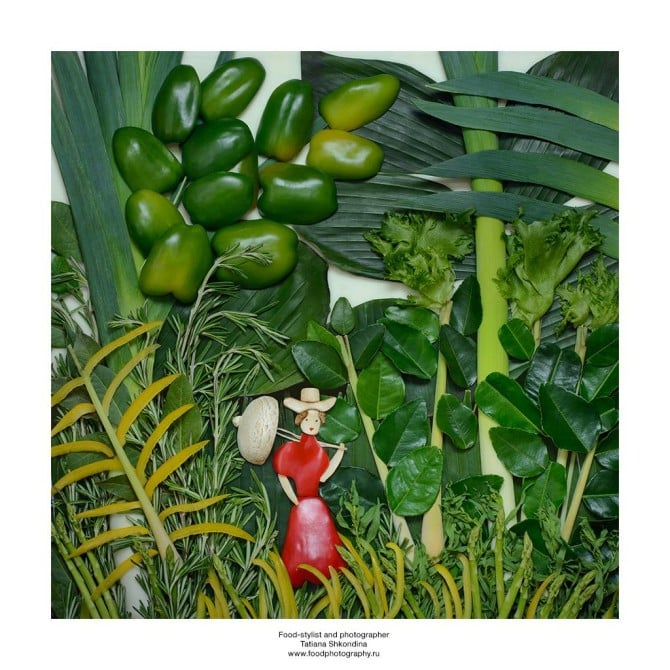 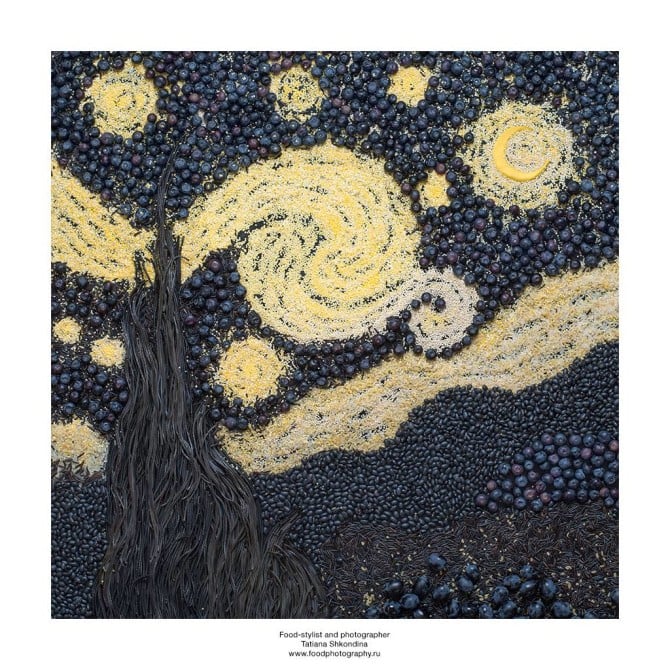 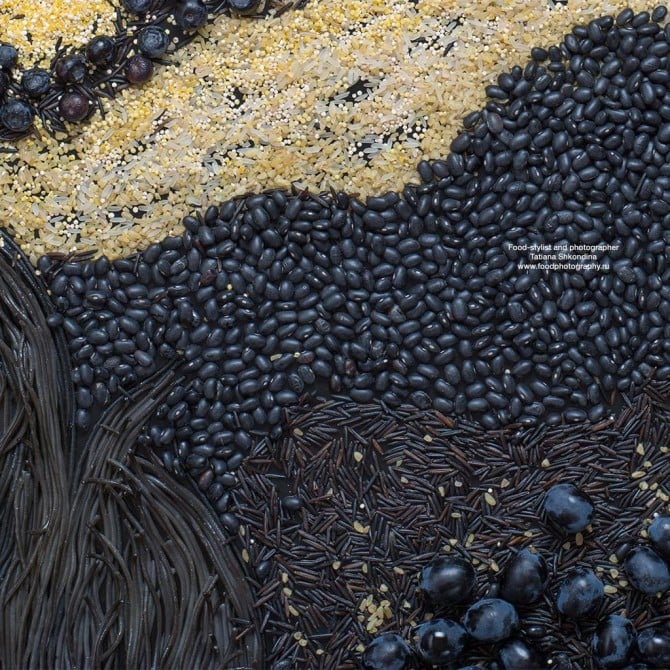 Gustav Klimt “The tree of life” 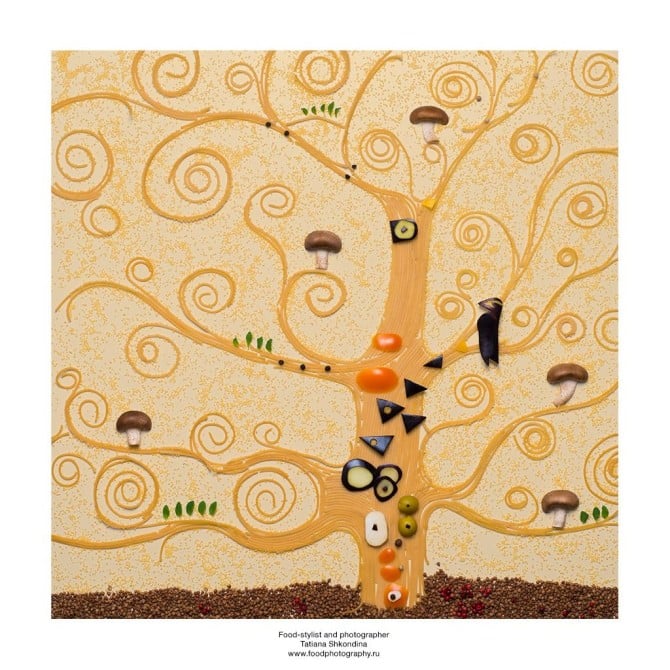 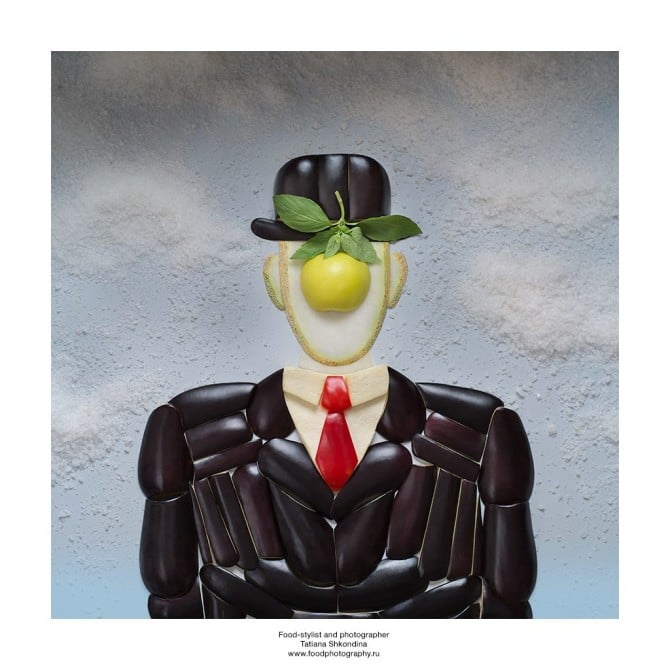 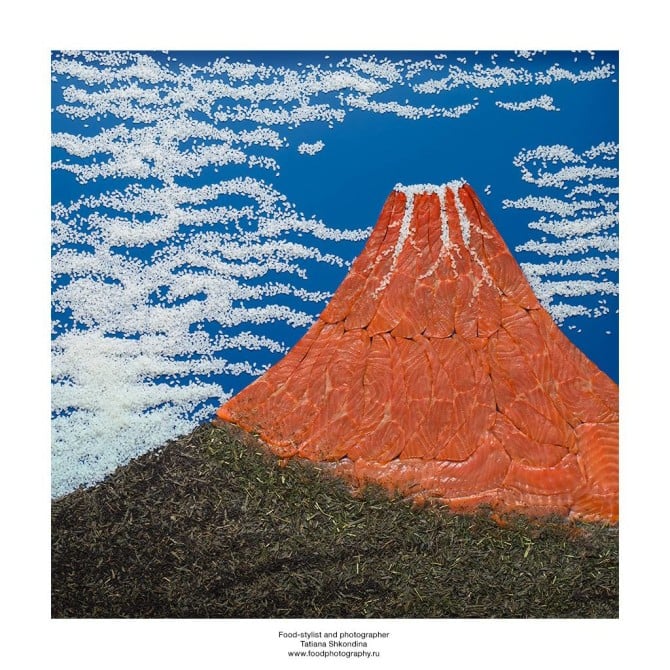 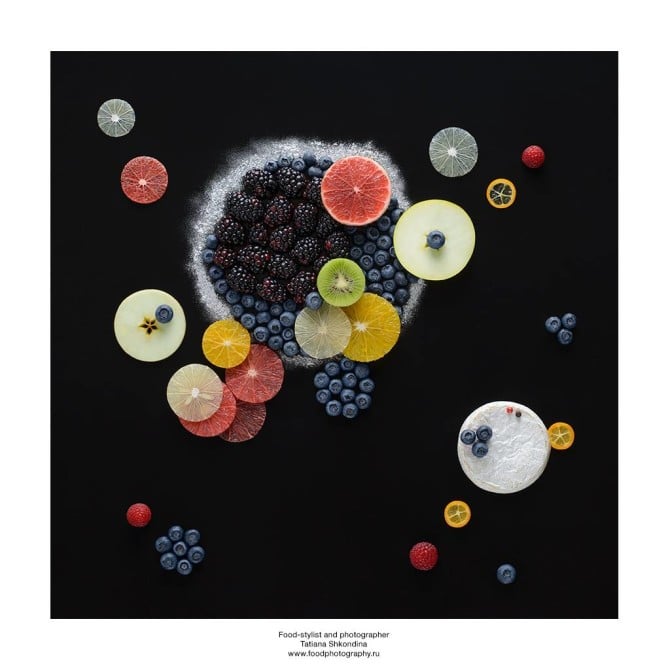 « Videographer Arrested After Recording An Accident And Not Handing The Camera Over To The Police
40 Movies About Photography–How Many On The List Have You Seen? »