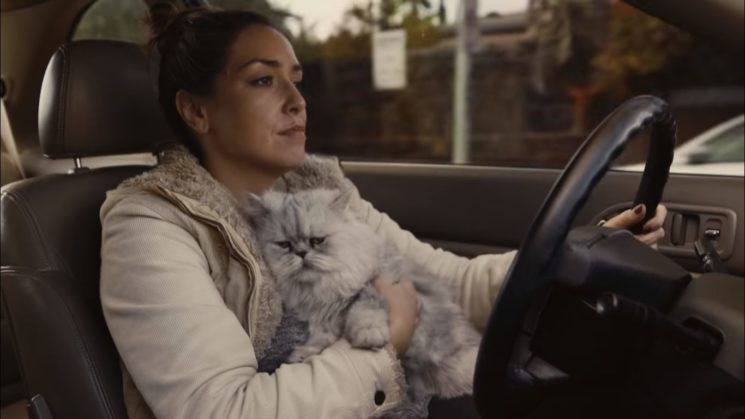 In the sea of Craigslist ads or eBay auctions, you need to find a way to stand out if you want to get noticed and reach a good price. This is exactly what filmmaker Max Lanman did: he filmed a full-scale commercial for his girlfriend’s 1996 Honda Accord. And he did such a good job, that he got an offer 68x times higher than the car’s actual value.

When Max’s girlfriend decided to sell her old car named “Greenie,” he wanted to help her. He didn’t just take the photos and posted the ad online (like I usually do when my boyfriend sells something). Max raised it to another level: he gathered a crew and created a professional car commercial. He and Christopher Ripley produced and directed the commercial, and a few more people worked on the project.

They did a really good job, and now there’s an ad for the 21-year old car that looks just like the car ads we see on TV every day. It even has a slogan: “Luxury is a state of mind.” After putting the auction on eBay, the video went viral and it’s still trending on YouTube. As a result, the bidding went from $499 starting price to whopping $135,800! Considering that the KBB’s estimated value is around $2,000, I’d say this is a really good offer. But since eBay took the original auction down as a mistake, there’s now a new auction for “Greenie.” Hopefully, it will also reach a good price.

[Used Car Commercial // 1996 Honda Accord via No Film School]