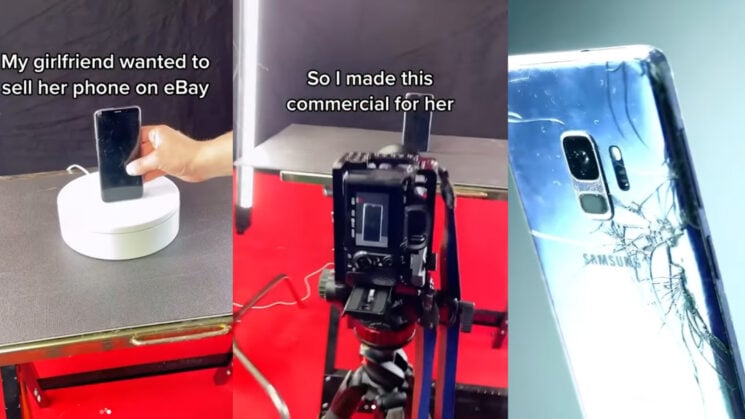 When you’re trying to sell your used gadgets online, you can increase your chances by adding some good photos and videos of them. But if those gadgets are broken, you’ll really need to go an extra mile to find the buyer.

Berlin-based filmmaker Simon Meyer took that extra step. In an attempt to sell his girlfriend’s broken phone, he filmed an utterly hilarious commercial that I’m sure will put a smile on your face.

I saw this video thanks to my friend who shared it on Instagram via Pubity. I thought it was funny and I really wanted to share it. As you can see, Simon films the beat-up Samsung Galaxy S9 as if he’s shooting a commercial for a brand new phone. He’s obviously taking his job seriously.

Even though the screen is broken, “the touch function still works… sometimes,” Simon notes that the battery is dead, but if you connect the power cable, “you can keep watching adorable cat videos for hours.” If you can reset the pin he forgot.

Despite some snarky comments in the post, I’m pretty sure Simon filmed this commercial as a joke. Still, watching it put a huge smile on my face and I hope it made your day too. Take a look at Simon’s more serious work on his Instagram and website.