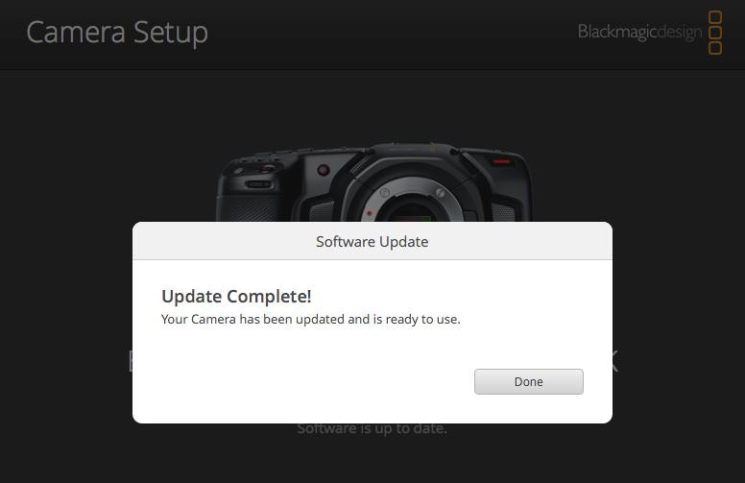 Blackmagic just dropped a big update for the Pocket 4K and Pocket 6K cameras. It comes as part of the Blackmagic Camera 6.6 update, which also includes updates for Blackmagic RAW support in Avid Media Composer and Adobe Premiere Pro.

The update brings 2.4:1 4K 75fps, 2.6K 120fps and 2880×2160 up to 80fps for anamorphic lenses with 2x and 1.33x desqueeze preview options. Both cameras also receive USB PTP control support (yes, it should finally talk to your gimbal!), a built-in horizon levelling tool and an up to 8x pinch-zoom function for the touchscreen LCD.

Here’s the complete list of changes in the Camera 6.6 update…

No other updates for Blackmagic’s other cameras are included in this update. It’s solely for BRAW, The Pocket 4K and Pocket 6K.

You can download the update from the Blackmagic website, although one or two people have reported some issues with it. I’ve seen one video already of a camera that looks like it needs an exorcism since applying the update, randomly appearing to receive phantom presses on the touchscreen in rapid succession sending it randomly through menus and on-screen display features.

It’s only been a small number of people that I’ve seen report issues so far, and there have been no indications as to what specifically might have caused the issues, but if you have any paid gigs coming up in the next few days, you might want to hold off on installing the update right away unless you have backup gear ready to go, just in case the update process doesn’t go smoothly for you.

Blackmagic also recently released the DaVinci Resolve 16.1 Final version, if you haven’t grabbed a copy of that yet.