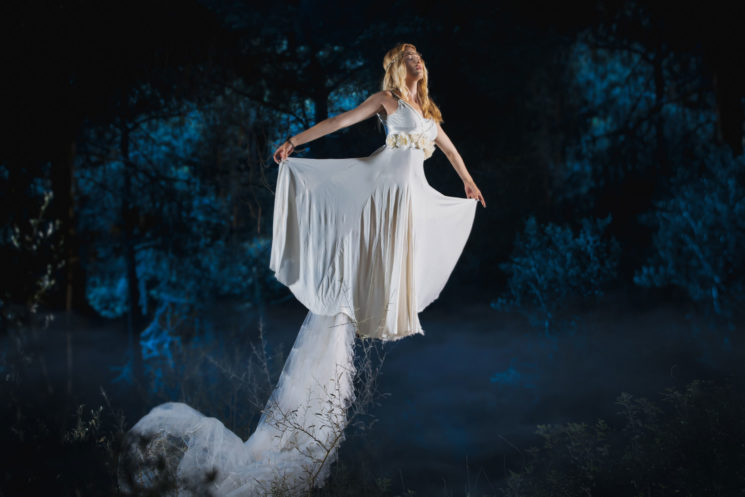 For this production with Or Samson we wanted to do something that we did not see before, but we also wanted to raise the technical bar so the photos will not be easy to reproduce.

I was chatting with Adi Kropik (my go-to MUA), and we thought that levitating a female magical goth would both pose a good challenge, but also create some great photos. The art side was “easy”, we are not strange to magic. The technical side, however, was not trivial. We needed to suspend a model high up in the air, while she feels comfy enough to look good.

We did a quick goth in the forest search in google images, just to make sure we are not repeating anything familiar theme, and BOOM! no one has done it before. Getting inspired by Lord of The Rings we went for two looks, a black Goth and a white princess.

A team was assembled (see bottom for full credits) and the production went underway.

Our main concern now was the grip. We had to suspend a model in the forest mid-air. A while back we built a big suspension rig from massive stands, but considering the uneven forest floor, and the weight of that rig, we needed something else.

We opted for a steel cable gripped between two trees with the following concept.

We estimated the model to weigh 50kg (about 110 LBS) so we built a rig that can hold 200kg. This is the rule of thumb for safety.

The first thing was to scout for a location with thick enough woods, and even enough floor where we can stretch a cable have enough working space and have (somewhat) of a car access, so the “hauling the gear” part would be as minimal as possible. Once the location was set, we started building the levitation rig. 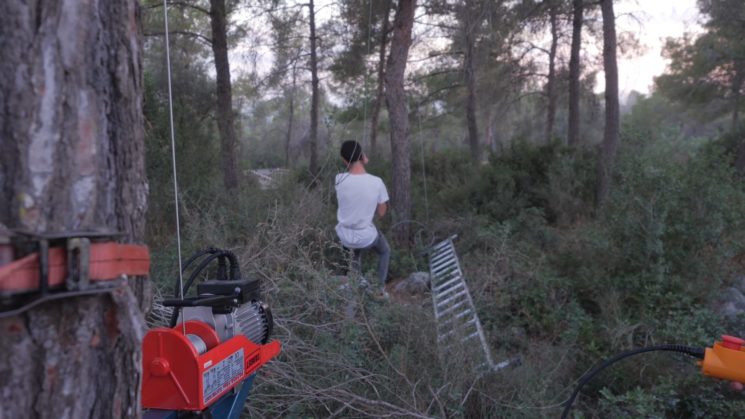 To create the line between the trees we created loops at each end of the cable and locked them with mechanical cable locks. 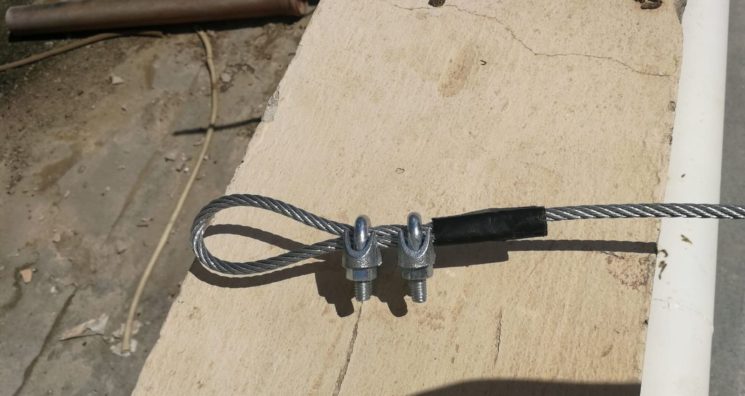 The cable was looped between two trees and the two loops were connected with a tension device. 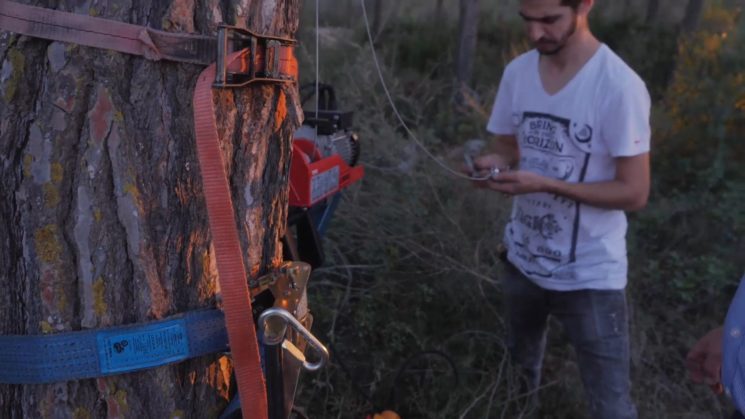 Most winches are built to pull up (cable goes down). Since we were going the other way, we built a rig to hold the winch in the right direction. 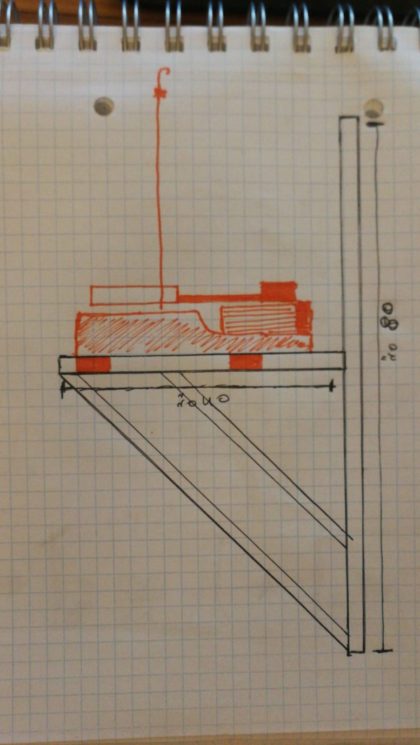 The next point of interest is the harness. A full body harness was a good fit, but would require loads of post-production work. A repelling harness is built so the mount is in the front. Even if wore backwards, so the mount is around the lower back, the model would flip mid-air as the mounting point would be too low.

What we ended up doing is using a repelling harness, but mounting it in reverse, so the mounting point would be at the lower back. We combined a second, higher and made the cable go through it. 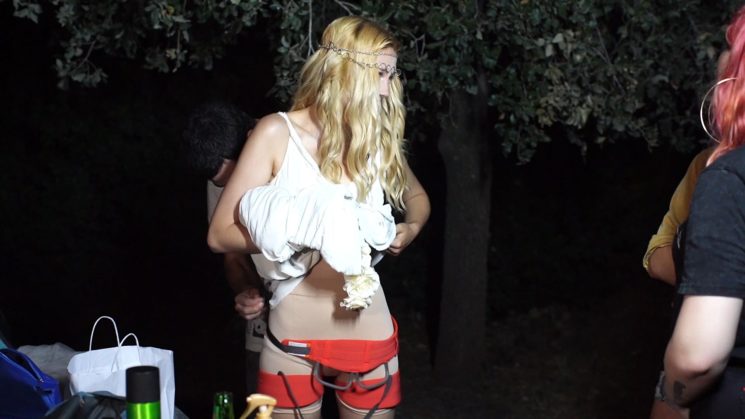 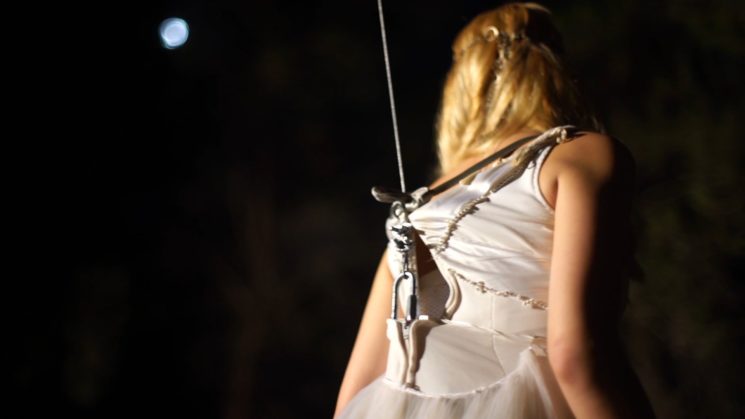 We wanted to create a moonlit magical atmosphere. A smoke machine was used to blend in the background as well as to throw some mystery in the air. To power the smoke machine, the winch and our work lights, we got a generator on set.

The diagram below illustrates our lighting setup: 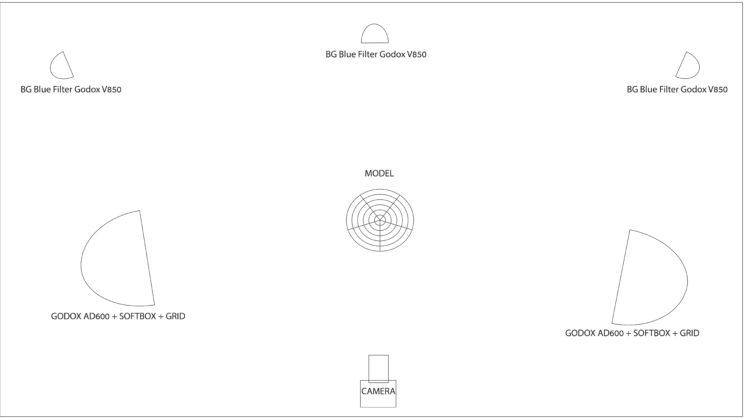 We used three sets of lights:

More photos from that shoot 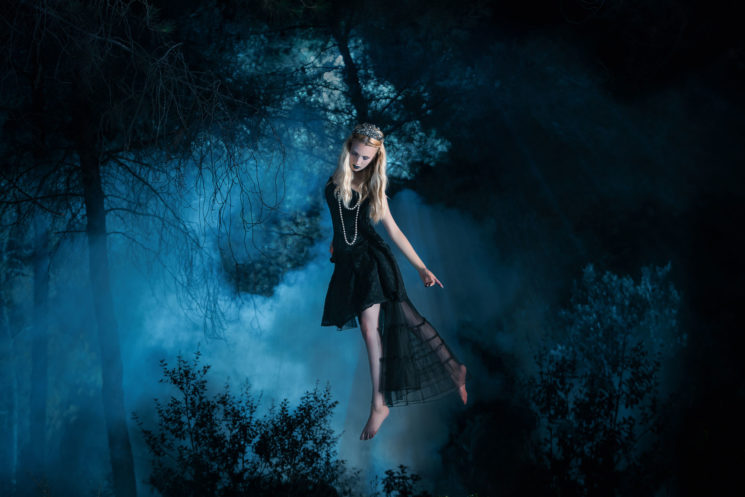 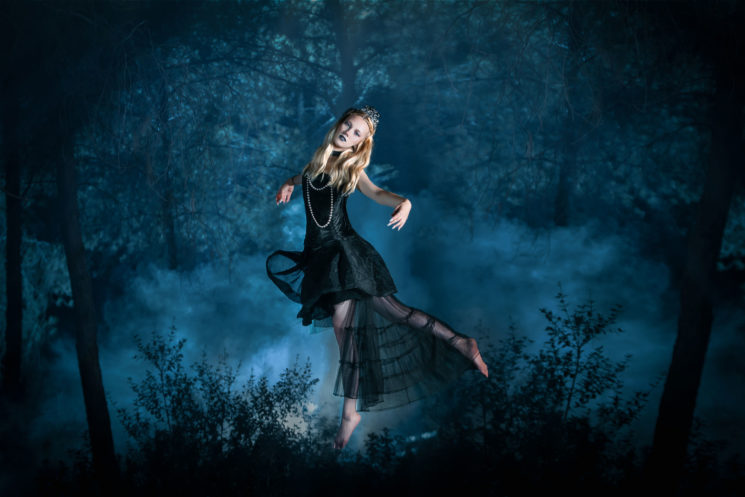 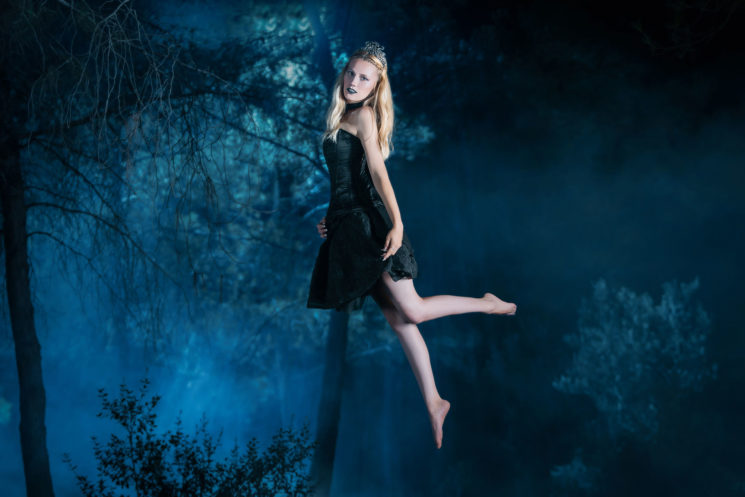 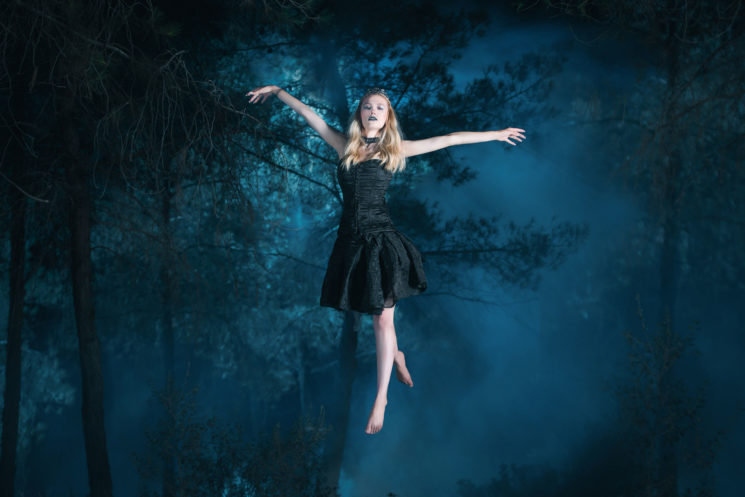 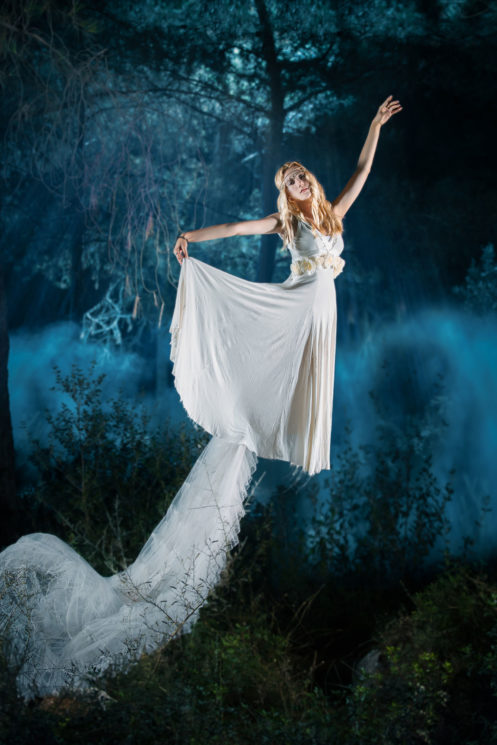 The Northern Lights look even more magical from the air