Ever since the COVID-19 pandemic began, many nursing homes went into a full lockdown. The elderly folks fall within the most vulnerable group, so many of them are still in isolation. But an employee at Sydmar Lodge Care Home decided to cheer the residents up during lockdown. Robert Speker recreated famous album covers with them to lift their spirits up, and his wholesome project soon got viral.

Robert is an Activities Co-ordinator at Sydmar Lodge Care Home. The residents of this London nursing went into a lockdown in March, and none of their friends and families were able to visit them. So, Robert want to put a smile on their faces, and started a project that also put a smile on the face of everyone who saw it.

“This really isn’t so different from other things we do,” he said in an interview with The Times of Israel. “I tend to have madcap ideas and like to do things a bit differently. Laughter and fun is central to everything.” With Sydmar Lodge residents (and sometimes employees) as his subjects, Robert recreated dozens of album covers. There are different music genres, from The Clash to Adele. But there are also albums from different decades: from 1973 Aladdin Sane by David Bowie to 2017 Human by Rag’n’Bone Man.

“They have lived through the periods all these artists were active,” Robert told The Times of Israel, “and I play all kinds of music for them.” He says that he plays the music of their youth, from the 1930s and 1940s. However, he also plays more recent music. Some of the residents follow the more recent scene and enjoy modern music. “After all, they are still living in today’s world and need to be connected to it, Robert adds. “Also, it’s a good way to help them connect to their grandchildren and great-grandchildren.”

Robert and the stars of his photos decided to use the project’s popularity for a good cause. They started a GoFundMe campaign and agreed that all the funds raised will to go to charity, split between DementiaFriends.org.uk, Alzheimers.org.uk and AgeUK.org.uk. You can visit the GoFundMe page for more details and to make your donation, and enjoy more recreated album covers below. 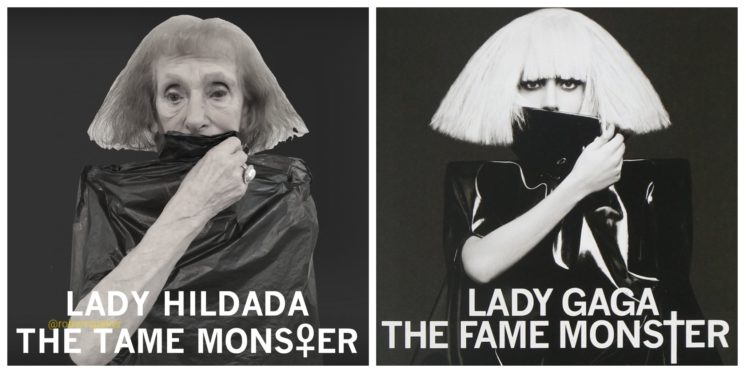 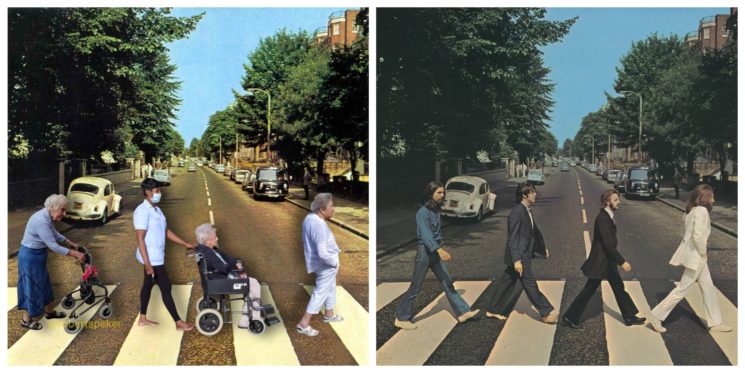 Watch the iconic “The Simpsons” intro recreated with stock footage