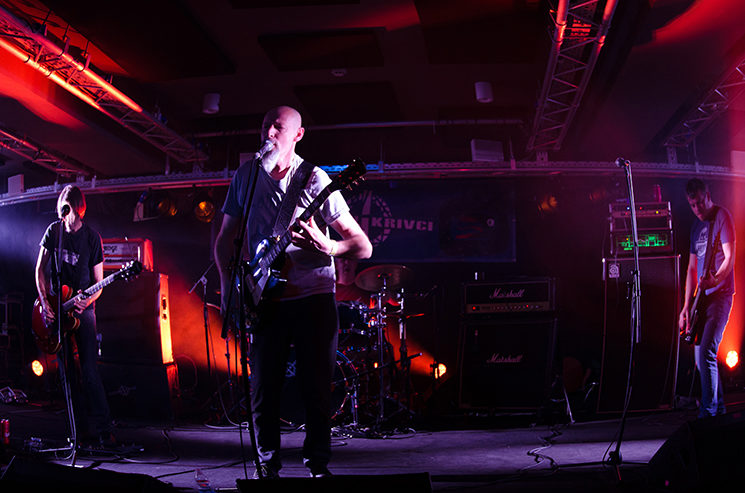 Fisheye lenses are useful for different purposes, from scientific to artistic. But there’s one field where their unique look has been consistently popular from the early ‘60s to this very day: album covers. In this interesting video, Vox brings you a brief history of fisheye lenses. It explores why they have been such a popular tool, both for album covers and music videos, for nearly 60 years.

The video starts with Harry Styles’ latest album, published only a few days ago. Its cover image was taken with a fisheye lens, but it’s just one of many in music history.

Fisheye lenses date back to 1906. Or at least, their early version does. Physicist and inventor Robert W. Wood created a DIY lens from a bucket full of water, a pinhole camera, a glass plate, and a lot of light entering his studio. He wanted to see if he could create the image of the world from the perspective of a fish. A few decades later, his curiosity led to the invention of the first commercial fisheye lens.

Between 1915 and the 1930s, scientists recreated Wood’s idea and used it mainly for meteorology and astronomy. In 1957, Nikon launched its first “special order” fisheye camera, which was still used primarily for scientific purposes. However, a few photographers and photojournalists used it to capture different scenes and events. And in 1962, Nikon’s first consumer-grade fisheye lens hit the market. It quickly became a pop culture phenomenon, and it seems to have stayed one ever since.

Photojournalists used the fisheye lens to capture protests, political conventions, Apollo launches, and many other newsworthy events. But the focus of the video is music. And that’s what I personally find the most interesting. The fisheye lens was used in the 1960s to “make rock stars appear larger than life.” It was used to film The Beatles’ performances and capture the madness surrounding them. This lens was also used to capture the trippy 1960s era, including the Woodstock festival.

Similarly, many album covers from the 1960s feature images taken with a fisheye lens. The Byrds’ Mr. Tambourine Man, The Rolling Stones’ Big Hits (High Tide and Green Grass), The Jimi Hendrix Experience’s Are You Experienced are just some examples. In my opinion, these distorted photos captured the atmosphere of the 1960s, which was reflected in the music as well. And this is why fisheye images worked so well on album covers from the 1960s.

However, the popularity of fisheye aesthetics didn’t end with the hippy era. It was a go-to lens for music photographers and filmmakers by the end of the 1970s. The lens was used to film concerts, TV performances, and photo shoots of various music stars.

With the launch of MTV in 1981, the use of fisheye lenses was extended to music videos. I guess it could have been expected, right? Interestingly enough, with the rise of hip-hop, the fisheye lens once again had a warm welcome in the music industry. You’ll agree that it’s a totally different genre than the 1960s rock music. However, hip hop’s “in your face” approach also works really well with the fisheye lens that lets you get really close to the subject. So, in the 1990s, the fisheye lens became one of hip-hop’s signature looks and it was often used in music videos, but also album covers.

Judging from Harry Styles’ latest album, the fisheye album covers are still relevant. And apparently, they work for all sorts of genres, not just rock and hip-hop. I’ve seen many photographers cover big concerts and small gigs with fisheye lenses… And when it comes to music photography, album covers and videos, I believe this aesthetic is here to stay.

What’s the first album cover or music video that comes to mind when you think of those taken with a fisheye lens? For me, the album is Pearl Jam’s Vs., and the video is for Deee-Lite’s song Groove Is In The Heart.

[The real story behind this Harry Styles album cover via Reddit]