Back about two hundred years ago, the development of chemical photography brought forth the first camera. For the next one-hundred and fifty years, most photographers didn’t have an easy time at all with preserving the shots they took. Today, so little is left preserved from that time. Most photographs from the past are in a state of preservation today.

By announcing that their entire photography collection is now digitized and online for any person in the world to view, the board of the American Museum of Natural History are ensuring now that those preservations are never forgotten.

Founded in 1869, the American Museum of Natural History is now a landmark for the United States. The education provided by the museum through its preservations of the country’s history is priceless, and something that can’t be experienced through the internet. But the problem’s always been the fact that not everyone can visit the museum, which is exceptionally true if they live nowhere near it. For those people, being able to view the 7,000 images in the museum’s research library has been a challenge until now. Tom Baione, the Director of the American Museum of Natural History, recently spoke to The New York Times about the board’s plans to make sure that that no longer remains an issue.

“Through the magic of the Internet we’re able to serve the whole world,” – Tom Baione (NYTimes)

The fact that the AMNH is now 145 years old makes it almost as old as the invention of the camera itself; that alone makes the museum one of the first to preserve photography as a form of art. But there’s always been one thing about photography that separates it from other mediums of art: it’s history itself. A picture is a moment of history etched onto an image; the world’s been here for 4.5 billion years, dinosaurs walked the earth for 180 million years, humans have been here for 200 thousand years, and the first time a moment in has ever fully been etched into something that isn’t memory was just two hundred years ago. From here on, into the next 200 million years, there may actually still be the possibility of future civilizations being able to see all that we were today. And it’s because of photography that can happen. 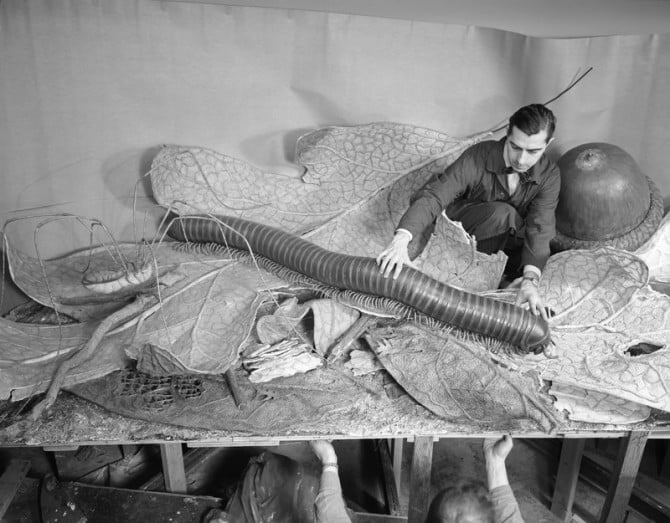 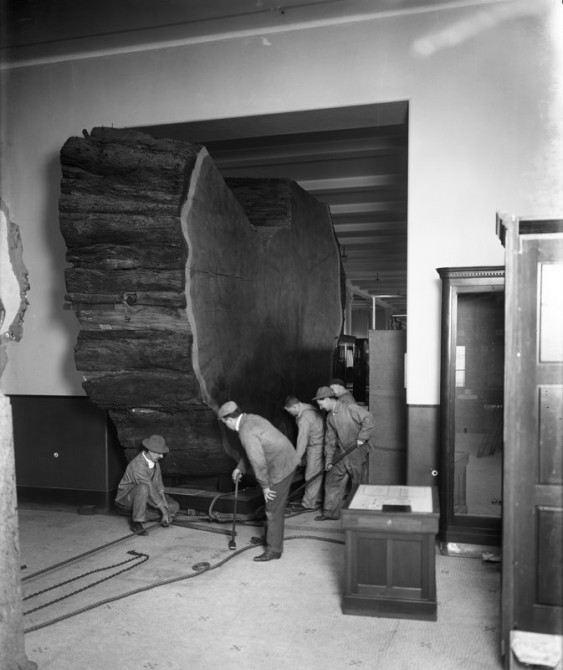 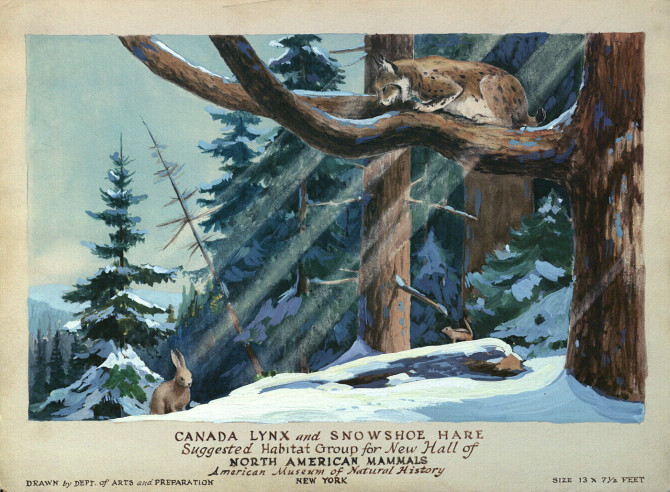 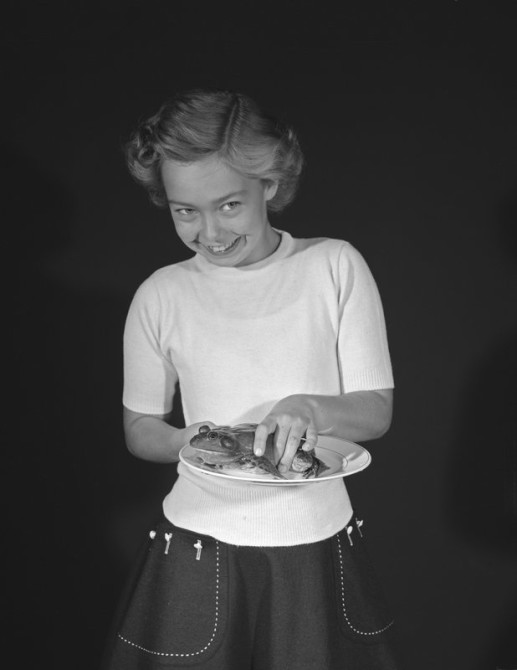 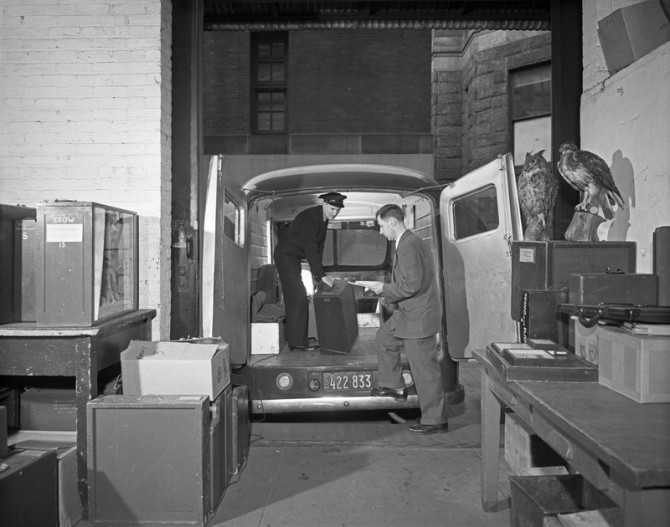 If you’re reading this today, you and I won’t be alive to see that happen. It’s funny to think back on how much we digest information over DSLR gear, how much we hate Nikon because we found a speck of dust in our sensor, or how unimpressed we are with upcoming cameras and forget that we’re the first people after all this time to even be able to do so. The past two hundred years have changed history, and they’ve changed how history will forever be studied from here on. The photographs that the American Museum of Natural History just put up online for free are some of the first pictures that our species will ever have recorded.

I’m starting to hallucinate a gospel choir behind me, so I’m going to cut down on the unintended preachiness. But this online collection is something people never got back twenty years ago, and today we have so many resources for knowledge that we can forget to utilize them. Take it this way: right now, someone just lost some pictures on their hard drive. They had a cloud service, prints they could make, or an external they could have ported the pictures to, but they didn’t know or didn’t think to care about any of those options. Right now someone else has pictures they’ve held onto of their grandparents since they were children, and they’ve made photocopies, digital copies, and uploaded them to an online library to make sure they can keep those pictures for a lot longer.

And two hundred years ago, people took pictures and managed to keep them preserved through barely any of those luxuries. Those pictures ended up going to museums, and now they’re preserved digitally. Maybe there’s a reason why they were, and we all owe it to ourselves to check them out.

The pictures can be found at http://images.library.amnh.org/digital/, courtesy of the American Museum of Natural History. You’ll see about 7,000 pieces right now; there’s around a million in all that the museum hopes to get to eventually.

On April 28, the American Museum of Natural History’s Research Library will open a rare window into the 145-year history of the Museum with the official launch of an online image database for Digital Special Collections featuring more than 7,000 archival images at http://images.library.amnh.org/digital/. Many have never before been seen by the public, including archival photographs, rare book illustrations, drawings, notes, letters, art, and Museum memorabilia documenting a wide variety of Museum efforts in New York and around the globe, including the creation and installation of exhibitions and far-flung scientificexpeditions dating back to the 19th century.

To celebrate this new online database, the Museum will host “Slide Slam: From Archive to Art” with two renowned New York-based artists—Mark Dion and Alexis Rockman—whose work and careers have been influenced by the Museum’s archives. The event will be moderated by Harold Boeschenstein Director of Library Services Tom Baione and takes place on April 28 at 6:30 pm in the Museum’s Kaufmann Theater. For ticket and additional information, click here.

“Slide Slam” will be feature a selection of the artists’ popular work juxtaposed with the Museum images that inspired each piece. Both artists have exhibited their works internationally since the 1990s. Dion has been commissioned to create his science-based installation pieces for Aldrich Museum of Art, Ridgefield, Connecticut; the Tate Gallery, London; and New York’s Museum of Modern Art; and Rockman’s fantastical landscape paintings have been exhibited at the Smithsonian American Art Museum in Washington, D.C., and at the Brooklyn Museum.

“The Library’s Digital Special Collections is a real milestone, a rare glimpse behind the curtain into a world usually seen only by researchers and Museum staff,” said Baione.

“The project is ongoing, with images added every week thanks to the Museum’s library professionals who are working with teams of interns and volunteers to scan these historic Noteworthy collections in the new image database include the following from the Museum Library’s historic and globally significant holdings:

• The Julian Dimock Collection, approximately 3,400 photographs on glass documenting the daily lives of African Americans in South Carolina and Alabama, new immigrants at Ellis Island, and the Seminole Indians of Florida at the turn of the last century;

• The Lumholtz Collection, which records four expeditions led by ethnographer Carl S. Lumholtz to northwestern Mexico between 1890 and 1898;

• Illustrations from the Library’s rare book collection, which contains more than 14,000 volumes, including the work of pioneers in natural science from as early as the 16th century;

• The Jesup North Pacific Expedition collection, which documents the peoples and cultures of the Pacific Northwest Coast of North America and the eastern coast of Siberia from 1897 to 1902.

The Digital Special Collections project received funding from the New York Metropolitan Library Council in the form of a 2006 digitization grant.

The American Museum of Natural History, founded in 1869, is one of the world’s preeminent scientific, educational, and cultural institutions. The Museum encompasses 45 permanent exhibition halls, including the Rose Center for Earth and Space and the Hayden Planetarium, as well as galleries for temporary exhibitions. It is home to the Theodore Roosevelt Memorial, New York State’s official memorial to its 33rd governor and the nation’s 26th president, and a tribute to Roosevelt’s enduring legacy of conservation.

The Museum’s five active research divisions and three cross-disciplinary centers support approximately 200 scientists, whose work draws on a world-class permanent collection of more than 32 million specimens and artifacts, as well as specialized collections for frozen tissue and genomic and astrophysical data, and one of the largest natural history libraries in the world. Through its Richard Gilder Graduate School, it is the only American museum authorized to grant the Ph.D. degree. In 2012, the Museum began offering a pilot Master of Arts in Teaching program with a specialization in Earth science. Approximately 5 million visitors from around the world came to the Museum last year, and its exhibitions and Space Shows can be seen in venues on five continents. The Museum’s website, broader digital dissemination, and collection of apps for mobile devices extend its collections, exhibitions, and educational programs to millions more beyond its walls. Visit amnh.org for more.

The Met Museum digitizes the entire collection and releases over 375,000 images for free