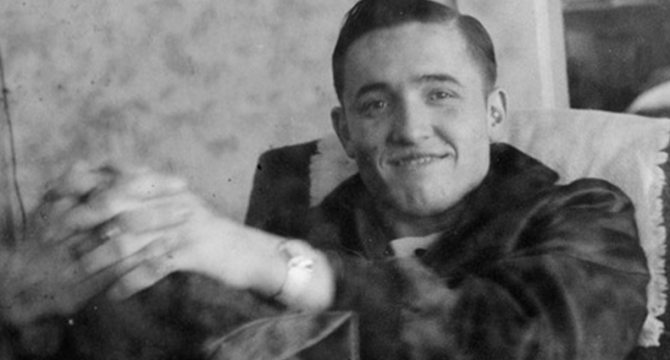 If you read my last post, I was emphasizing heavily on how important photography is to our time today; it’s become a way for us to have an actual window to our past that our world hasn’t ever had before in its existence. I wrote much of it thinking about how often it goes over our heads that we have the ability to discover and share moments like that at such a fast pace today.

A photographer named Derek Wong felt the same way. Recently, he came across a roll of developed Kodak Super XX film at an antique store and decided to pick it up. He wrote about why he chose to buy it, telling us that he can now “show the world those moments in history” that were merely fading into irrelevancy sitting in the shop.

The photos recovered from the roll of film tell a thousand different stories, and we may never know which one is the truth. But the pictures tell us one thing that was for certain: the photographer went on an adventure.

Mr. Wong did some research on the roll, and dated the pictures back to around after World War II, before 1958; Kodak Super XX film was discontinued that year. The photos range from places the photographer travelled – from Yokosuka, Japan to the United States – to personal photos of whom are likely their family. As of yet, nobody knows who the camera belonged to.

I contacted Mr. Wong and he agreed to let me share a few of them with you guys. Check out the full set at his blog, where you can get more information from him on the photos themselves. All in all, it’s another chance to view a past world through the eyes of a photographer who may have been just like any one of us.

« History.JPG: The American Museum of Natural History Digitizes its Photography Collection for Online Public Access
51 Things I Know About Photography »