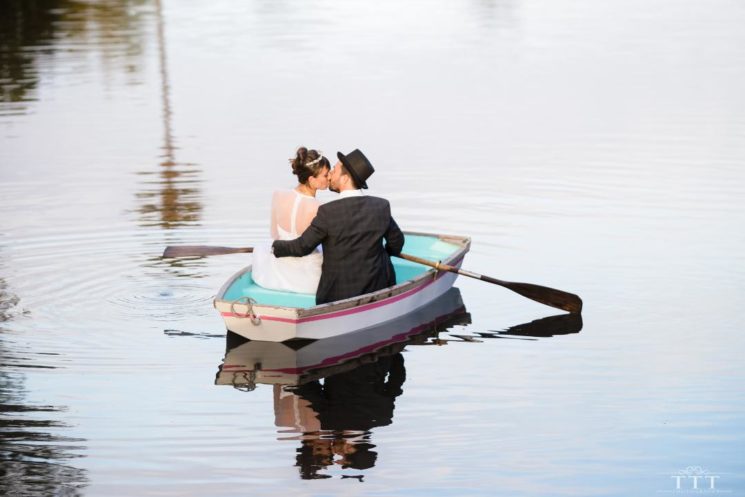 You know how superheroes appear out of nowhere when someone’s in trouble? Thien Dinh turned out to be a superhero photographer for an unknown Los Angeles wedding couple. He was in a casual walk around L.A. when he saw a couple in their wedding attire. The friend who was taking their photos forgot the battery for her DSLR, so she was taking the shots with a point-and-shoot camera. Thien approached them and introduced himself, took some photos, and they ended up with a couple of wonderful wedding shots. He shared the photos with DIYP, as well as the story how it all happened.

Thien was giving his aunt-in-law and father-in-law a tour around Los Angeles. They arrived at Venice Canal just before sunset, and while Thien was standing on a bridge, he spotted a wedding couple paddling down the canal. Then he noticed their photographer. She was on the side of the canal, taking photos and giving them directions. Once they came closer, he saw that the photographer was shooting with a point & shoot camera.

He approached them and asked the photographer what camera that was. She explained she forgot her DSLR battery, so she was using her point & shoot camera. They talked briefly, and he found out she was a friend of bride and groom. Then, Thien told them he’s a (part-time) wedding photographer and that he would be happy to capture some photos of them.

Although he was taking a casual walk, he had his Canon 5D Mark IV and two lenses with him: Tamron 15-30 2.8 IS and Sigma 135 1.8 Art. After all, that’s what a casual walk looks like for many photographers. He got the OK from the bride, groom and the photographer to take some shots. So, he gave them some posing directions, and when they were done, they exchanged contact information so he could send them the photos. Here are some of the shots he captured at this unplanned wedding photoshoot: 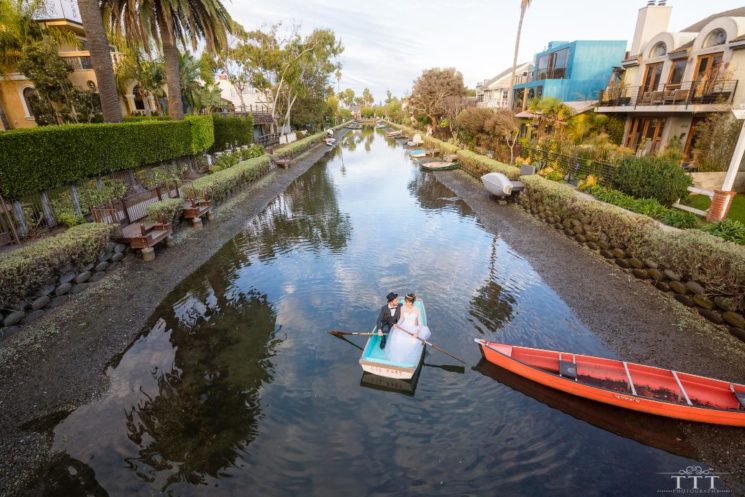 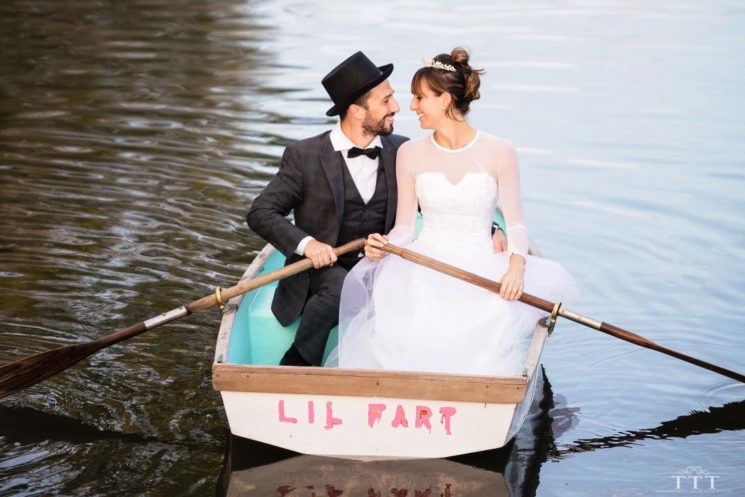 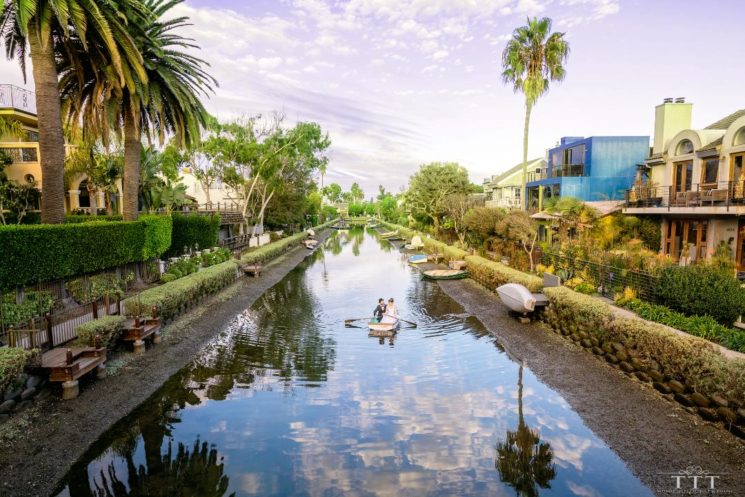 It was around the golden hour, so Thien also offered the couple a portrait session on land, but they refused. Since Thien was with his two young boys, his aunt-in-law and father-in-law, he believes they must have felt shy. But they still got some memorable wedding photos out of nowhere.