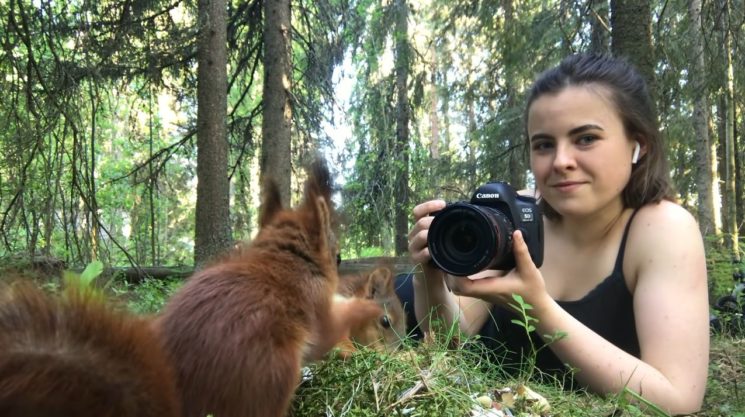 When they’re orphaned, baby squirrels have a very slim chance of surviving on their own. But zoologist and wildlife photographer Dani Connor helped four red squirrel babies beat the odds. She shared her and their incredible story in this equally incredible video. This NatGeo-worthy piece is not only a treat for the eyes but also the soul.

While staying and shooting in Northern Sweden, Dani closely followed several different species of animals. However, she fell in love with the red squirrels. Who can blame her? What’s not to love about those adorable faces, the cute noises they make, and their playful characters? She befriended several of them )while still respecting their autonomy) and named one of those red squirrels Remi.

As the spring came, the roads got busier. And unfortunately, Remi got hit by a car. Dani found her and threw her a funeral, and she knew that her little buddy had been pregnant. After saying farewell, she just sat and watched the forest. But then, she saw something red in the grass – it was a tiny baby red squirrel. It was alone, and Dani was confident that it was Remi’s baby. 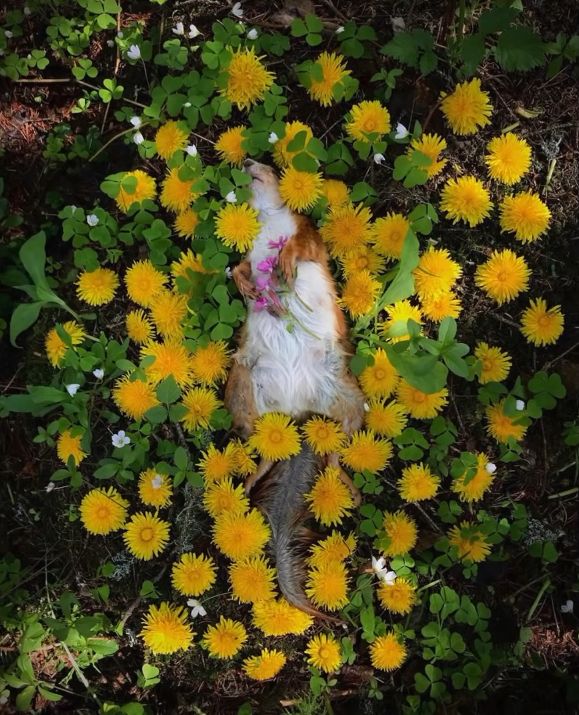 “I spoke to several wildlife rescues, and I was told this squirrel kit was too young to survive without its mother,” she says. “It needed rearing in captivity. But how was I going to capture a 7-week-old red squirrel?”

The following morning, Dani returned to the forest. She spent hours waiting but didn’t see the baby. But then, it appeared. And there wasn’t only one; there were three of them. They were able to eat independently, so Dani hoped that they could survive without the mother. From that day onwards, she’d spend between four and six hours every day, waiting and watching. She observed their behavior, and after a few days, she was able to identify each of them.

One day Dani chopped up a pear for the squirrels, and one of the babies seemed to have particularly liked it. So she named him Baby Pear. The smallest and the lightest colored was named Baby Moomin, and Dani named the one with round ears Cheburashka. 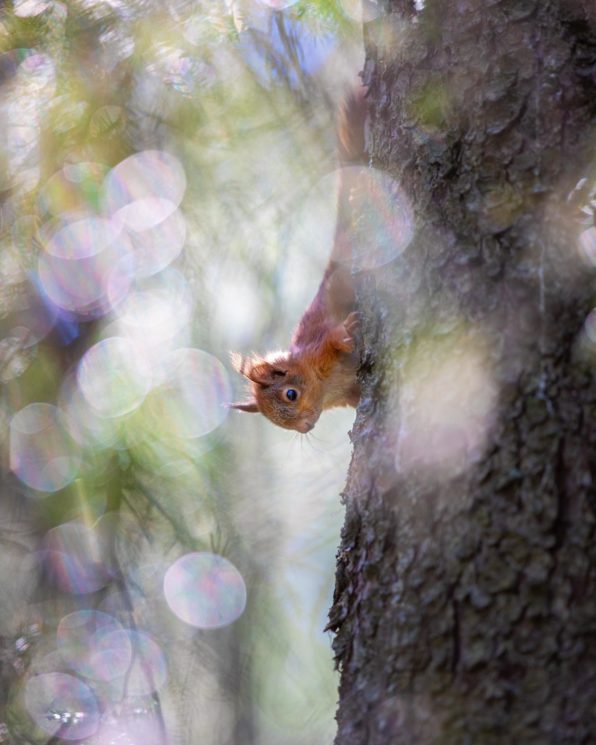 As Dani spent more time with the squirrels, she no longer needed to wait hours for them. They became more comfortable around her, and she could call them down with her voice. As soon as they knew it was Dani who came for a visit, they would come straight down from the trees and approach her. And one day, she discovered that there were, in fact, four of them. She named the fourth baby Little Flame. 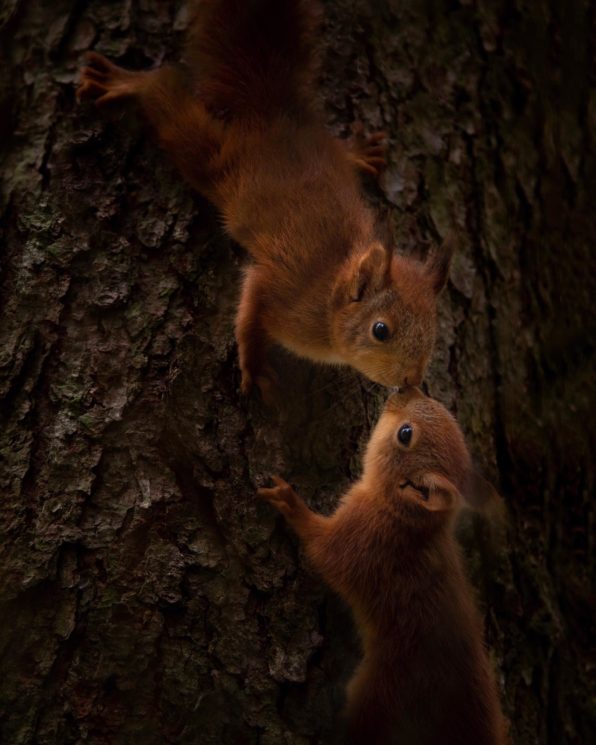 Over the following weeks, Dani continued to observe the babies. She watched them grow, explore the forest, have fun, chase each other around the trees, and play-fight. By early July, the babies were 11 weeks old, and Dani spent less time in the forest. And one day, she noticed that Baby Moomin and Little Flame disappeared. Maybe they started exploring wider areas of the forest, but maybe they got predated.

“Red squirrel mortality is as high as 70% in their first year,” Dani explains. “Predators, domestic cats, the road, and even deforestation are all threats for these baby squirrels.”

After five weeks in Northern Sweden, Dani had to leave. But she came back in late November with a mission to find the squirrel family. A negative COVID test and a night at the airport later, she was back. The landscape had transformed from green to white, and Dani was in the forest again, hoping to find her little friends. She did find a couple of other squirrels she’d befriended in the summer, but the babies were nowhere to be found.  But then, one of the babies found her.

One day, Dani didn’t go to the forest. As she opened the curtains, a young squirrel was waiting for her – and it was Baby Pear! He didn’t escape when she opened the window to take photos of him, nor when she went outside and approached him. Against all odds, he’d survived. And then, she saw another youngster: it was Cheburashka. Both of the little ones had survived, beating the harsh statistics.

“When I arrived [in] Sweden, I had no idea I would develop such a strong connection to these animals,” Dani says in the video. “After spending so many hours in the forest with these squirrels, I was able to identify each of them and understand their different personalities and behaviors.”

Watching Dani’s video felt like watching The Vanishing World, a wildlife documentary that marked my childhood. I don’t know what I enjoyed more: the gorgeous cinematic video or the heartwarming story Dani told in it. Make sure to find half an hour in a busy day and relax with this beautiful film.