I have been filming a lot of tutorial videos lately, and one of the problems that I keep running into is starting and stopping video recording on my own.

This usually involves me walking over to the camera, pressing record and then walking back into position to film the video.  I have tried using a stick, but I am not nearly that coordinated and it risks messing up the alignment of the shot.  I have also tried bribing my children, but their quoted rates were a little higher than this production can afford.

The problem is especially frustrating if I have to focus the camera, in which case I usually build a little focusing dummy out of pillows or beer cases or cats. 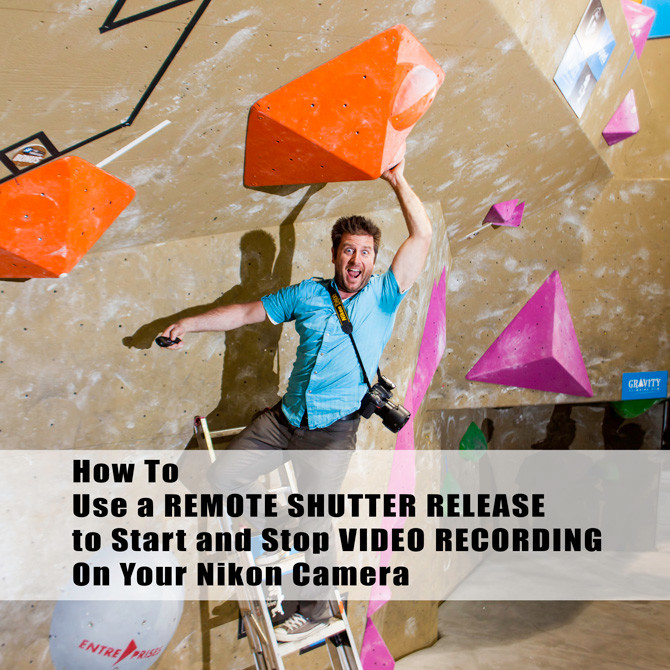 Fortunately, if you are a Nikon user, there is a relatively simple solution.

I have been using a Vello Wireless ShutterBoss Timer Remote for years (which by total coincidence is on sale at B&H right now for $75). 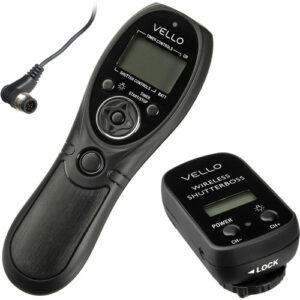 I originally bought the ShutterBoss to use as an intervalometer, but now I use it as a remote shutter release much more often.  In fact, this is the remote trigger setup that I used to fire my remote cameras when I photographed the Climbing World Cup back in the summer. 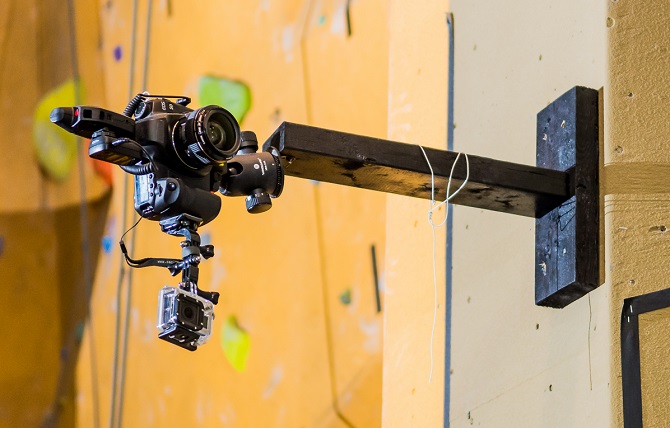 Oh, and even though B&H specifies that there is a Nikon or Canon specific version of the ShutterBoss – the only thing that is brand specific is the shutter release cable – so as long as you buy a shutter release cable that matches each brand of camera you own (Nikon B&H, Canon B&H) – you should be good to go.

I am also pretty sure that this will work with any brand of radio trigger that can also be used as a remote shutter release – such as Pocket Wizards or the new Cactus V6 triggers.

If you use a Nikon D800 or a Nikon D4, all you have to do is press the “Menu” button, navigate to the “Custom Setting Menu” (the little pencil icon), go to “g Movie”, and then to “g4 Assign shutter button”.  Change the default from “Take photos” to “Record movies”.  So when you are in movie mode, when you press the shutter release button (as well as the dedicated video record button) your camera will start and stop recording video.

Now, when you use a remote shutter release to activate the shutter, if the camera is in movie mode, it will start or stop recording video.

If you are using a remote shutter release that also supports the half-press function (such as the Vello ShutterBoss, Pocket Wizards or Cactus V6 triggers), you can also focus remotely. 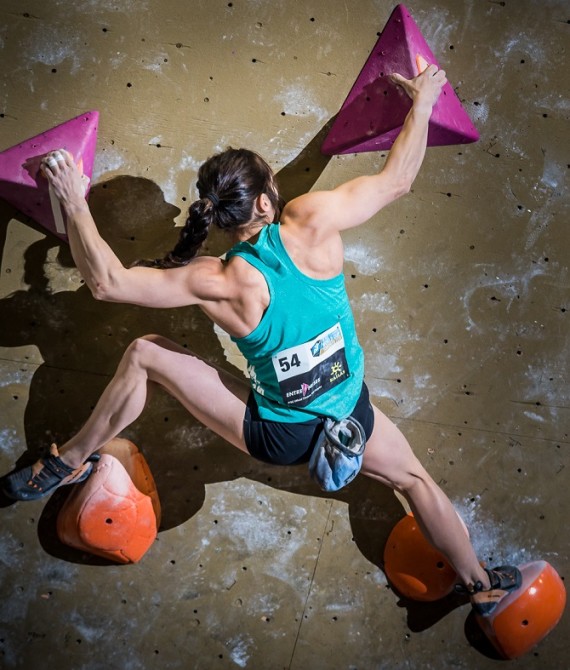 (A big thanks to Moose Peterson who originally posted this on his blog back in 2012.)

I have personally only used this technique to use a remote shutter release to start and stop video recording on a Nikon D800 – but I am pretty sure that the procedure would be the same on most current Nikon cameras.

I should also point out that if you use a remote camera app such as DSLR Controller, you could also use that to start and stop video recording – but using a remote shutter release just seems like a much simpler solution. We did a full tutorial on an Android based solution here)

And as far as I can tell, the only way to use a remote shutter release to start and stop video recording with a Canon camera is to purchase an infra-red remote.

Too bad for you.

Leave a comment below and let us know if you have found a way to use a remote shutter release to start and stop video recording on other camera brands.

How to make a DIY foot pedal remote shutter release

« See What Sony’s A7II’s 5-Axis Image Stabilization Looks Like With No Lens On
How The SNL Title Sequence Was Made? With A Ton Of Creative Camera Use »