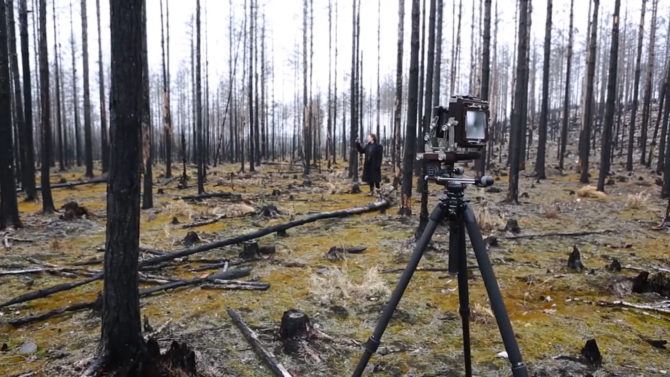 Helene Schmitz is one of Sweden’s most successful art photographers. Her work focuses on the complicated and sometimes violent relationship between humans and nature. This idea has led to several award winning books, including her latest book Borderlands.

In this short documentary by photographer and filmmaker Johan Stahlberg, we get an insight into Helene’s thought process. We find out how her life went the way it did, and how it could’ve gone in another direction entirely.

Like most artists, Helene was pushed towards another career by her parents while growing up. An economist, a lawyer, a doctor. You know, a “real job”. She even tried studying law for a year. Once Helene started studying film and fine arts, she knew what she wanted to do with her life.

Helene’s 1996 Livingrooms project is one that was based on a real life event which affected her personally. A fire in her childhood home, where her father still lived virtually destroyed the entire building. Helene was fantasising about what it may look like. So she went back to revisit the location. While there, she did a whole project dedicated to it. 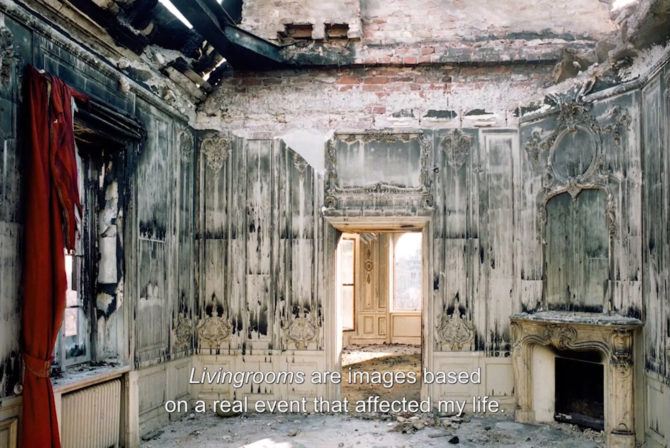 It’s an interesting project, looking at the transformation the rooms had gone through, rather than the personal aspect of being her childhood home.

The fragility of human constructions in relation to the violent forces of nature fascinated her. The idea of nature fighting back and reclaiming its space intrigued her. How nature reclaiming man made structures presented something both familiar and unrecognisable. The Kudzu project is a clear representation of this and contains some hauntingly beautiful photographs.

It’s a nice short film. Hearing another photographer’s insights into what drives their work is always intriguing. It inspires others to think a little more outside of their comfort zone. Perhaps to take on new challenges. Confront personal inner demons.

Johan Stahlbergl, who made the film, produced it as part of her Exhibition at Fotografiska. You can find out more about Helene and see her work on her website.

Where do you find inspiration for your work? Do you look to the outside world? Or do you find it from within? Let us know in the comments.