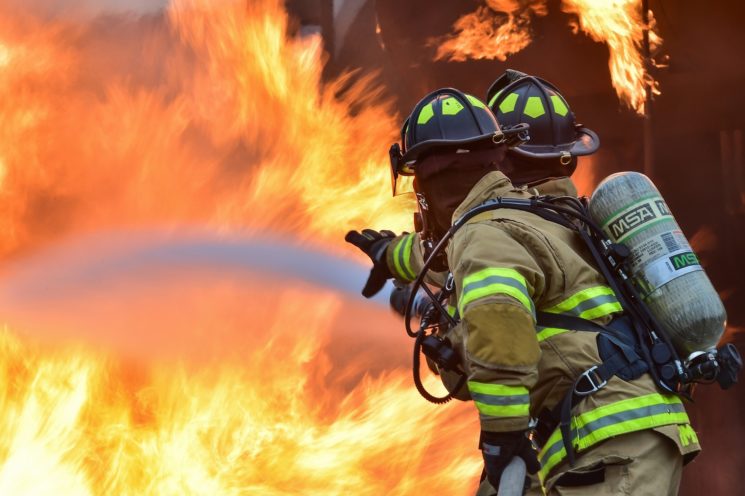 A Utah photographer Thomas Fox Shea has been charged with arson and criminal trespass after setting a house on fire in order to take photos. No, I didn’t make a mistake: he admitted he started the fire so he could photograph it, and it got out of control, burning is facial hair and eyebrows off.

The incident happened on Valentine’s Day when someone reported a fire in Woodland to Summit County authorities. According to KPCW, officers responded to a late-night noise complaint on the Woodward sports facility. In the morning on 14 February, a deputy came to the scene where he found Shea. His facial hair and eyebrows were reportedly burned, and a part of his coat was melted.

Shea was taken to a hospital for treatment. According to multiple sources, he claimed that he was a photographer and that he went into the building after seeing smoke coming from the inside.  However, after signs of arson were discovered, the photographer admitted that he’d started it.

KSL writes that Shea admitted mounting his cellphone on a tripod to film himself lighting the fires in the vacant house. He reportedly brought his photo gear along with a container full of gasoline and a fire extinguisher. The man lit two fires in the house and put them out with the extinguisher. But when he lit the third fire, it got out of control. Other than burning his hair and coat, it also got him burns on his hands and face and caused $5,000 damage to the house.

Fire in photos and videos can look amazing, but it’s important to do it right and in a controlled environment. Otherwise, playing with fire can cause quite a lot of damage and serious injuries. Not to mention that setting fire in someone else’s house is not the way to do it.

According to KPCW, Shea is set to make his first court appearance on 24 February.

Setting A Model On Fire. Twice.

No criminal charges for Sheriff’s Deputy who shot a photographer

« How I photographed Goetheanum in Switzerland, a masterpiece of modern architecture
This keyboard for creatives has built-in SD & microSD card slots, HDMI and a USB hub »