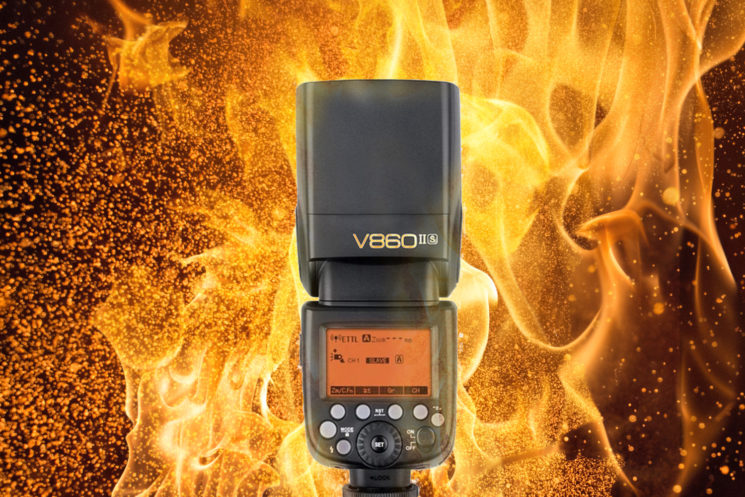 Yup, is a harsh title, clickbaity even. Sadly, it’s true. I do think that this story (and lesson) could have ended up very differently. Luckily, no one is hurt and no harm as done to my studio aside one dead battery.

I am a big Godox fan. I shoot quite a bit with the AD600, AD200 and the V860II for Sony. Well, mostly with the AD600 and AD200. The 860II is many times waiting in the drawer for when we need an extra light. Since it is rarely used, I don’t top off the battery. It usually stays in the drawer next to the strobe. I charge it before a shoot and sometimes after a shoot as well. Now, before I talk about exploding homes, let’s take a look at the tech that powers the V860II.

What are Lithium Ion batteries?

Back in the days, strobes used to be powered with AA batteries. Actually, all my small strobes aside the AD200 and V860II still use a quadra of AA batteries to run. When I was starting out, I used Duracells and the likes for my strobes (strobes = Nikon SB26 and SB28, remember those?) I can’t say that this was a nice thing to do to mama earth as each job would get a new set of batteries. A few years later, I started using rechargeable batteries. Those were not the nice rechargeables that we have today. They were using a technology called nickel–cadmium (NiCd), and they would lose charge after a few days if you did not top them off. For my process, I charged the batteries before every job.

Then, a few years ago nickel–metal hydride (NiMH) AAs were introduced. Those batteries would hold the charge for a very long time, so you could charge them, put them in storage and use them when you need them. (Hi there Eneloops).That changed my workflow from Charge-before-usage to Charge-after-usage. You see, I could charge them when I get back from a job and not worry if they will be full when I need them, They did no lose charge. The only issue with those AAs did not have a huge capacity, so a single job could go through two or three sets of 4xAA loads. When I could I would use one set and the other set would charge. then I switched and let the first set charge when I shot with the second set.

Frustrated with this, in 2013, I suggested strobe makers to use Li-ion batteries for strobes. A year later, Godox (under the NEEWER brand) heard my call and made the first Li-ion strobe, the V850. That was great news, where AA needed constant replacement, the V850 was a workhorse. I still think that the huge success that Godox is showing today was seeded in that Li-ion powered strobe.

There is one problem though. Li-ion batteries have a great capacity, true. The flip side is that they need to be treated with respect otherwise they explode. Remember that Samsung Note 7 debacle? If note, just look at the “No Samsung Note 7!!” signs when you board a plane next time. If an Li-ion battery is overcharged it goes boom. Here is a video that explains it better than I can:

What happened with my V860IIs battery 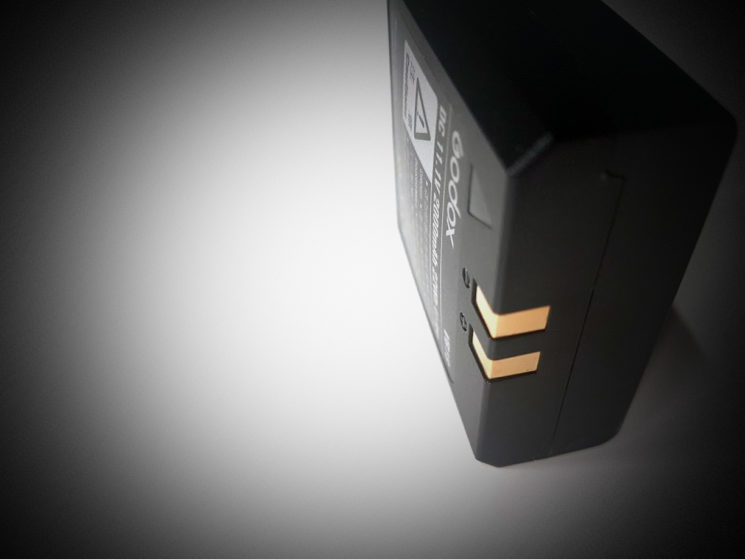 I should probably start this story with sharing that I love my V860II. It has served me well and I love how it integrates with the entire X1 system from Godox. As I mentioned before, it is my “third go-to strobe” so I don’t always use it.

After the last job, I left the battery in the charger. I left it there for quite a bit. maybe a month or so. When I picked it up from and tried to place it in the strobe it would not fit it. The battery got swollen and the plastics expanded. This is a bad thing. If the battery kept getting energy, it will end up heating and eventually burning or exploding.

There are two places where protection for overcharging should be enabled: the first is the battery. All batteries should contain a protection circuit, and that circuit should protect, among other things, against over-charging. Looks like this protection circuit is either non-existent or that it failed. Another fail-safe should be installed on the charger itself. It should “read” the battery state and stop the charge when the battery is overcharged. Or as a more stupid solution, it should stop charging after a certain amount of time. Looks like this protection failed as well.

Why I got upset?

that bump makes it spin

I got in touch both with the Godox community and Godox Customer Support to ask what going on.

To my surprise, I learned that this is not an isolated case and swollen batteries are pretty common with Godox strobes. There were comments on my post saying that this happened “plenty of batteries“.

I was also disappointed with the response from Godox Customer service. I was contacted by Cai Colin, Sales and Marketing Manager at Godox, and her advice was to not over-=charge the battery when it is fully charged: “the light will be green when fully charged.” Now, would the battery have exploded if I left it there for another month? I don’t know. Maybe not. Google suggests that it’s a hazard and I am not going to test it. I’ll just get a fresh battery.

I consider this to be a bad answer because even if leaving your battery in the charger is not the right thing to do, a burnt house should not be the reward.

I also take the blame on this. I should not have left the battery in the charger. But again, the punishment for such a mistake should be a slap on the wrist, not an exploding battery.

I still love my Godox strobes and will not give them up. We did make a new protocol with the team that Godox batteries will never be charged overnight. the chargers will be disconnected at the end of the working day and only be charged when someone is in the studio and can look over them.

Setting A Model On Fire. Twice.