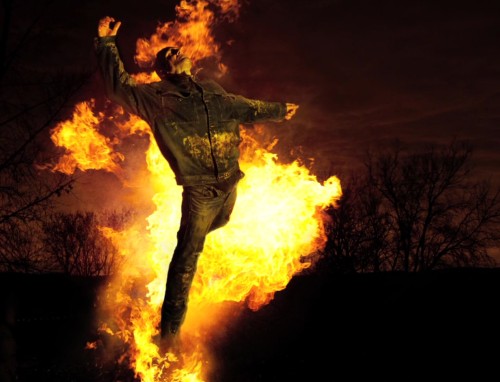 Benjamin Von Wong is no stranger to this blog. In his latest installment Ben shares how he lit his model on fire.

For me it was very interesting to watch this BTS as it is a second run of shoot that did not go well for Ben, which at least for me, sends out a clear message about pushing yourself and not giving up. It was also interesting to see that Ben did not fled the windy conditions that interfered with his first shoot but embraced that in the second one.

Watch both this man on fire BTS and the previous one after the jump. (New one first, older second).

You can see some other cool projects by Ben here, and you can follow him on his Facebook page where he shares a ton of inspiration.