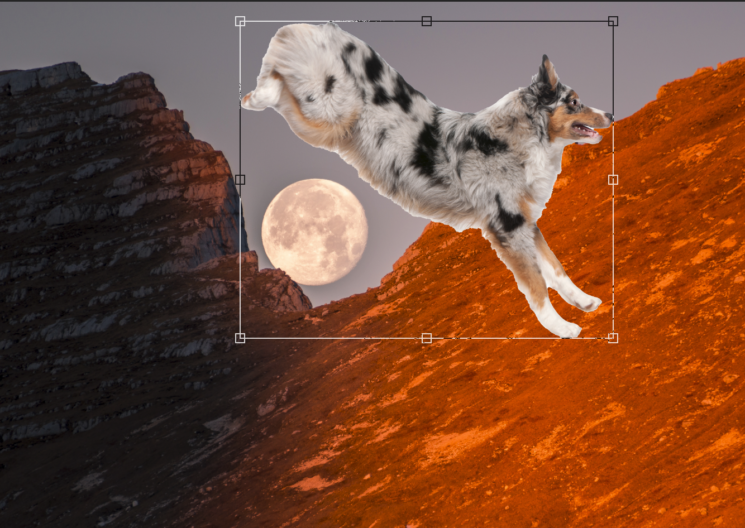 The award-winning photographer ended up on the front page of the Photo Stealers site when several photographers noticed an uncanny resemblance to many stock images in the backgrounds of his dog images. Compositing images together from various photos is a common and reasonable way to create original art, but usually, there is some unwritten understanding that the artist acknowledges the fact that they are composites and doesn’t usually try to pass them off as their own.

According to Photo Stealers that is exactly what Sheehan had been doing on his Facebook Page (since taken down) and Instagram account. In particular when anyone congratulated him on how he had taken the images or asked about their location. 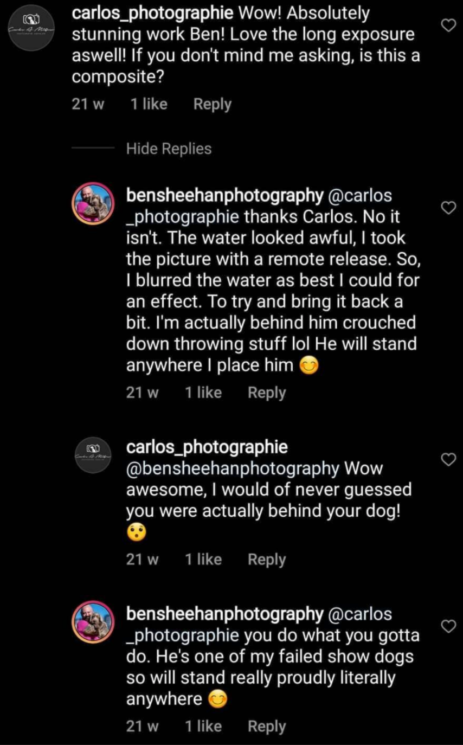 Sheehan has also submitted composite images to photo contests. His finalist photo in the Dog Photography Awards (since revoked) was created with a Getty Images photo of a waterfall in New Zealand, as these screenshots by Photo Stealers shows: 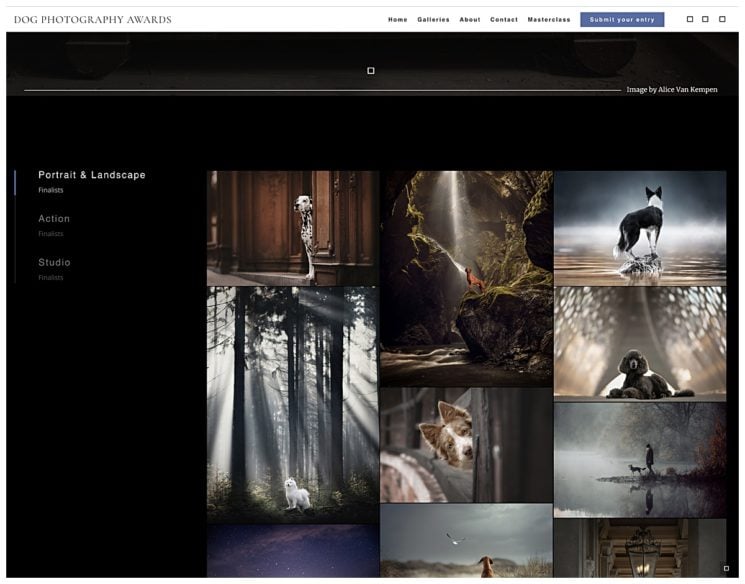 Sheehan apologised to the photography world admitting to Petapixel that he had “learned a life lesson” by passing off composites as his own work. He did add, however, that the images were not actually stolen, he did in fact pay for and license all the images that he used.

The lesson here then appears to be one of transparency and honesty. Ben now says that he has received death threats from vigilante Photo Stealers followers that are trying to “ruin his life and business”. Composites are all fun and games until you try to pass them off as entirely your own original work, which makes everyone a bit barking mad. It’s stories like these that make me wonder if photography is going to the dogs ;)

Dog Photographer Takes Her Pet on Adventures While He Sleeps