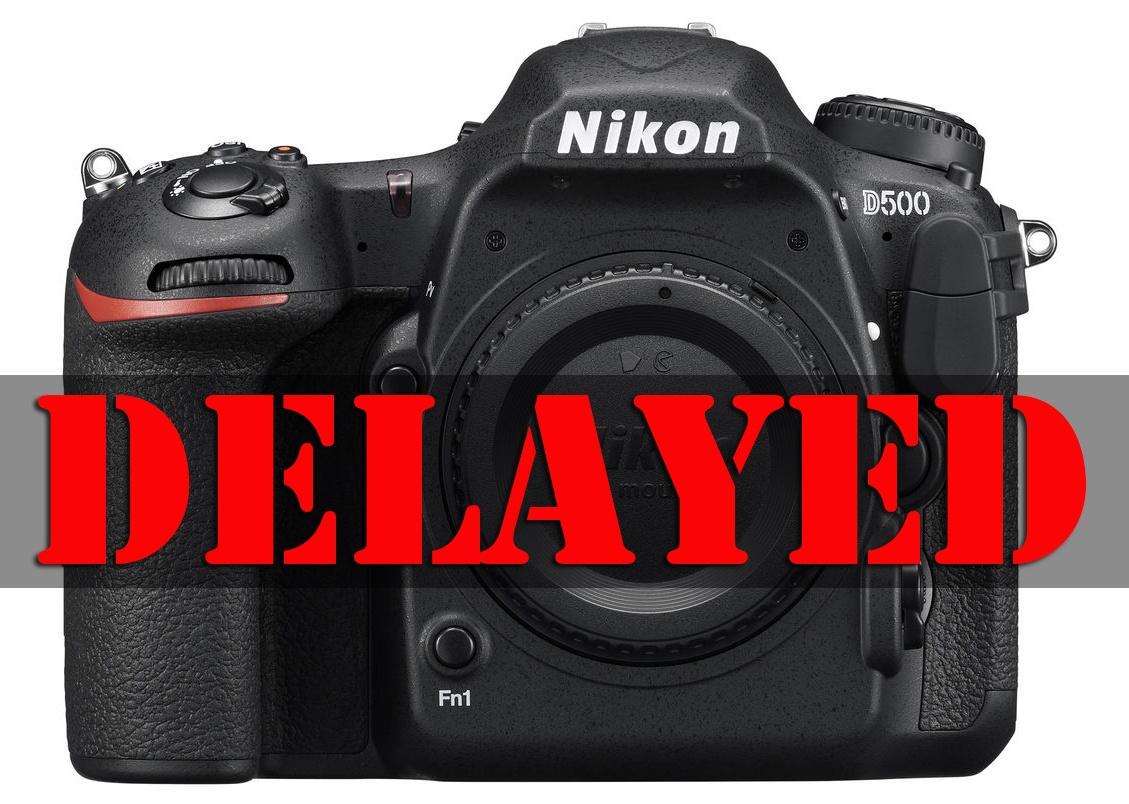 Nikon’s highly-anticipated and recently-announced flagship DX DSLR is just days away from being officially launched in the US, but the Japanese headquarters informed customers that it will take a while longer until they’re able to take a D500 home with them.

Initially scheduled to be available as of March, along with the D5, Nikon Japan has said that the release date of the camera and its accessories will be pushed back due to failure to meet the high demand.

If that sounds strange to you, you’re not alone, and I can’t help but wonder if Nikon is trying to avoid another D600 or D750-style fiasco.

Below is the official (Google-translated) announcement issued earlier today by Nikon Japan, with the updated release date of “late April”:

“Dear I received patronize a Nikon product, Thank you very much.
This time, Niokimashite new products following which had been scheduled to be released in March, per well received, because it can not offer the number required for the sale, we will postpone the Release Date.
We apologize for the inconvenience, thank you for patience.

Now here’s my problem with this announcement, other than being disappointed that I’ll have to wait a bit longer to test this speed monster, and why I suspect something might be going on backstage:

The D300s was released in 2009 as a minor upgrade to the D300 from 2007, so as you can imagine there’s a huge group of people out there with wads of money in their hands who have spent the last six years just waiting for Nikon to take it.

Luckily for Nikon their customers were very vocal about what they want, so the company had an easy time figuring out just how worthwhile the D500 will be.

My blabbering to this point was to establish that the chances of Nikon being unaware of the huge demand for this camera are slim to none. Perhaps even in the negative range.

Furthermore, assuming there really is a shortage, this is often used by companies to boost sales and increase the demand.

Have a look at Apple, for example, how come it is never able to meet the demand for the latest iPhone?

Speaking of the possibility that Apple intentionally creates a shortage in its much awaited products, Marlene Morris Towns, a marketing strategy professor at Georgetown University, said this to CNBC:

“No one’s really familiar with the inner workings of Apple, but my thinking is, this company is too big and too experienced to get it this wrong. They can still forecast, they can still anticipate the demand. I don’t see a plausible explanation as to how they could have miscalculated this much.”

The same goes for Nikon; especially since we’re talking here about a model that hasn’t been replaced in over six years.

Not only would the fact that the D500 is “well received” not hurt sales, a shortage in face of the insane demand would probably do Nikon’s bottom line some good.

If we rule out insufficient stock as the reason for the delay, we’re left with two options.

The first thing that comes to mind is that Nikon has encountered production line problems. This could be any kind of logistical issues, something as simple as missing parts due to a third-party supplier running low on stock, for example.

That being said, companies prepare well in advance for such releases and I’m somewhat doubtful that Nikon wouldn’t have known about the reasons for such a delay last month, when it announced the camera and pointed at March as the release date.

Also, if that is the case why not just come out and say it?

All this leads to a third and rather gloomy scenario, and that’s that Nikon found a problem with the D500 in the late testing stages. By late testing stages I mean the “we’re-99%-sure-everything-is-ok-so-let’s-start-production-while-we-just-double-check-a-few-last-things” kind of late.

We might never know if this is true, or what kind of problem was discovered if it is, but there’s one thing that I’m sure of:

Nikon cannot allow another royal mess up with a camera release. 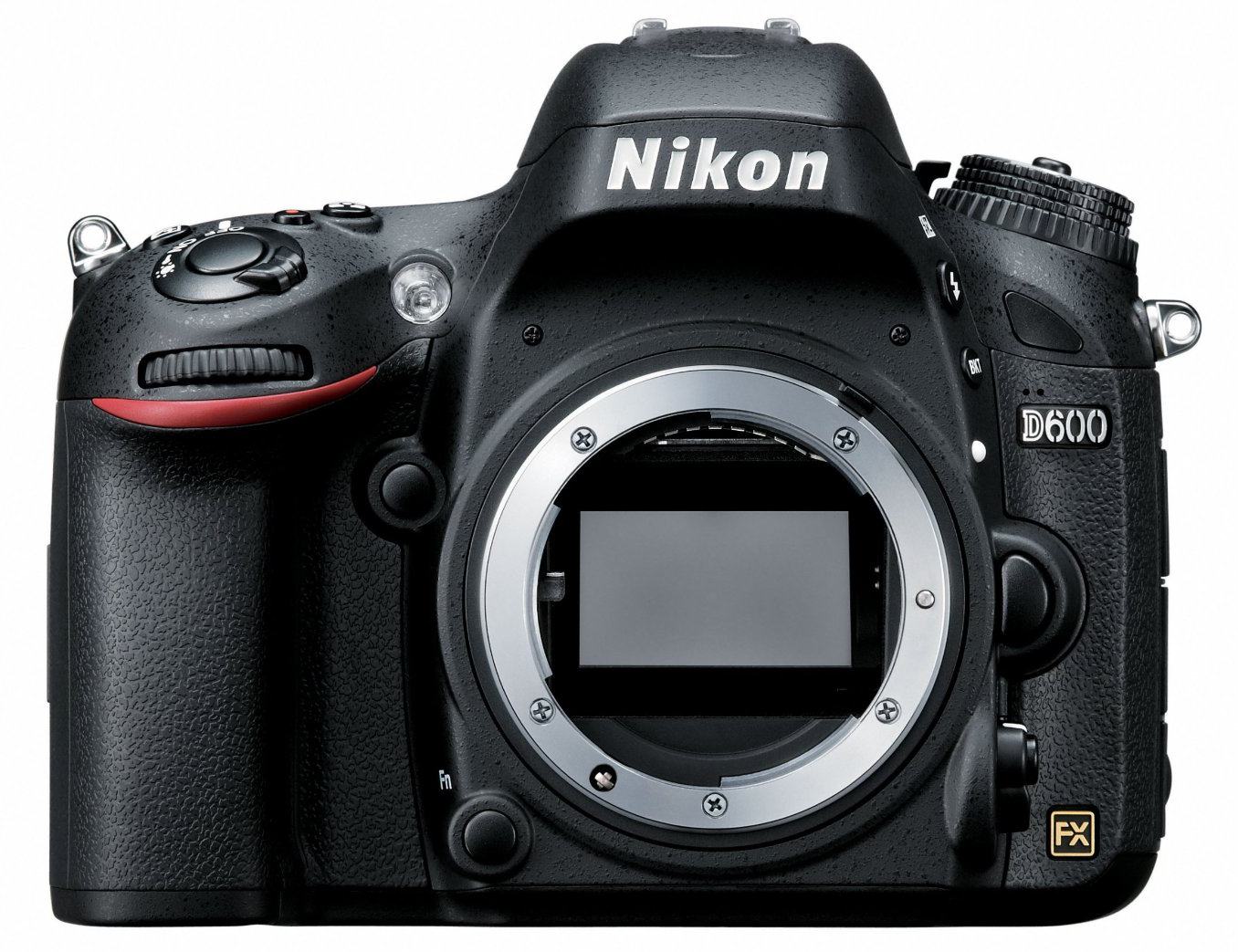 The oil spots on the D600 sensor led to a massive expense for Nikon as it repaired and replaced affected cameras, and eventually brought out the slightly-upgraded D610 as a new camera just to get away from the cursed D600 branding. And let’s not forget the class action lawsuit brought against Nikon or the immense dent in the trust its customers have in the company.

Then came the D750 and shortly after its release an issue with internal reflections had surfaced. While nowhere near as major as the D600 issue, Nikon didn’t waste time getting to work on fixing the problem.

At this point Nikon knows it will get hammered for even the slightest production fault found in the D500, so all that’s left to hope is that if there is a problem it isn’t a major one that will lead to another delay.

Nikon, I’ve waited six years for the D500; I can wait another month. Just make sure it’s good to go and ready for action when I get it.