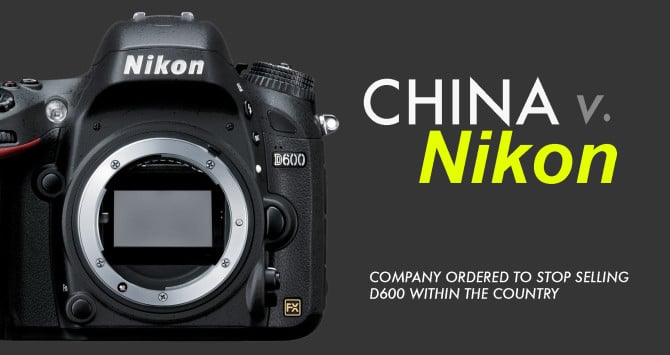 The Nikon D600 has to be a curse; it’s been causing too much trouble and more bad news is still coming in for the DSLR manufacturer. This time, that negative attention is coming straight from the likes of media giants like CNN Business after a China Central Television show aired an episode focusing on Nikon. The criticism and accusations voiced in it didn’t put Nikon under a spotlight; they placed the company on concrete under a magnifying glass on a hot summer day.

China Central Television is a state run media network, and on the 15th of March every year a program is broadcast in honor of World Consumer Rights day. This year, the show set its focus on the situation with Nikon’s D600, and the issues that numerous consumers have reported concerning it. The report expressed its accusations against the company of wrongdoing, stating that even their intent to replace every device wasn’t enough to repair the damages done. To top it all off, the show also included CCTV footage of customers that brought their cameras in to ask for refunds, and of the employees outright refusing to fulfill those demands. Instead, the employees blamed the problems with the D600 on dust and smog (Smog? Even lungs deserve a warranty service over there for that).

At the end of the day, this is not good at all for Nikon. For the state itself to say that you’re not doing your business right is detrimental to how well your product ends up doing there. And of course, in this case what ended up happening was Nikon ceasing to sell the D600 in the country entirely; China ordered the company today to stop any sales of the camera currently taking place at all in the country.

When Fujifilm faced its own controversy surrounding problems with light leaks in the X-T1, they stepped up literally a few days after and announced that they’re servicing every camera affected. They’ve kept that word, and they made sure that they were straight and to the point about it. Nikon is a fantastic DSLR manufacturer, but they need to keep in mind that the service a company provides to its customers is crucial to the longevity of a company, as well. Let Fujifilm’s actions be an example of a solid way to act in a situation like this. Hopefully, this entire ordeal ends as a lesson for Nikon: they need to be quick and efficient. If the customers aren’t happy, then you’re going to have a bad time.

[Via PetaPixel via CNN & Businessweek]