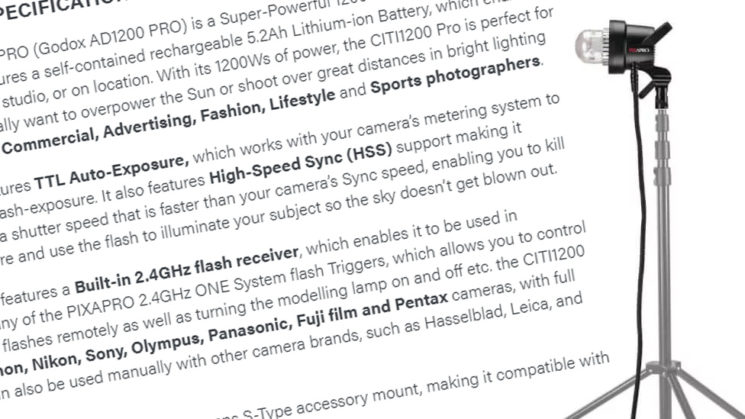 In December, word of an upcoming Godox AD1200Pro got out. As usually happens, Adorama popped up a listing almost immediately afterwards. That listing didn’t really reveal much except for a few product photos, though. Now, the UK’s biggest Godox distributor, Pixapro, has also put up a listing for the Pixapro CITI1200Pro, showing off some of the specs for the new unit.

Although the specs are subject to change, as Adorama still shows the item as being “in development“, the Pixapro listing does offer some clues as to what we can expect. The currently listed specs and features look a little something like this (this list will be updated as more is confirmed)…

Although the power options do indicate that there will be an AC power module, the “What’s in the box” section only lists the pack, the head and the battery module. So, presumably, as with Godox’s other lights, the AC module is a separate purchase addon. 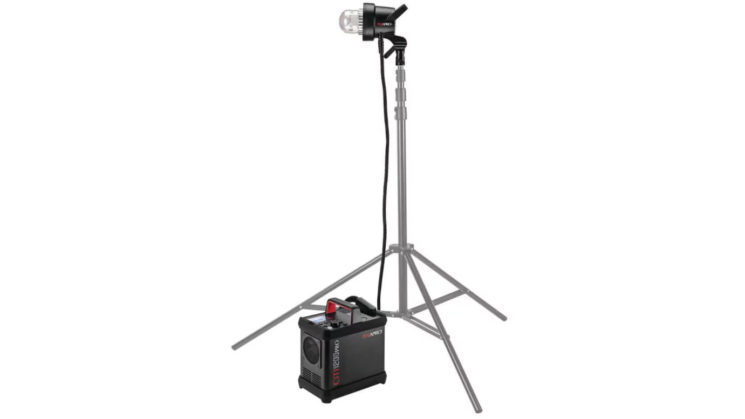 It’s funny how things seem to come full circle. Everybody complained about having separate head and pack systems, and it was the biggest complaint against the Godox AD360II when the AD200 was released. Then the remote heads came along for the AD200, AD600, and AD400Pro and now suddenly everybody wants their light separate from the bulk of their light’s hardware.

No price has been listed for either the Pixapro CITI1200Pro or the Flashpoint XPLOR1200Pro yet, and there’s still no mention on the official Godox website. We’ll keep you updated as we find out more.

« Google Photos may have sent your private videos to random strangers
What happens when a major photo magazine shuts down? »