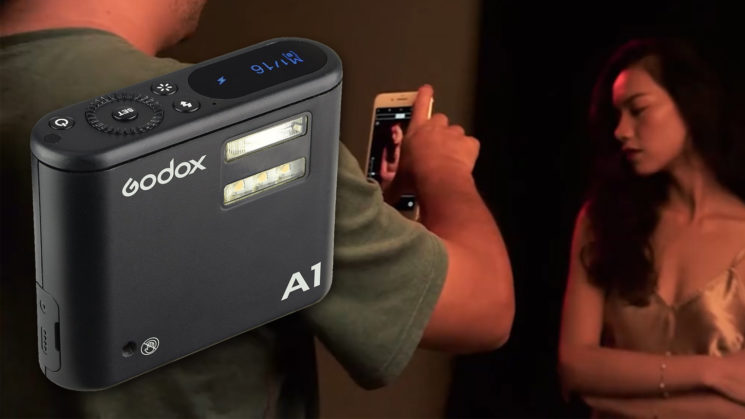 The Godox A1 flash trigger for mobile devices is now available for pre-order. The price actually isn’t that bad, either. It’s about where I was hoping it would be, but lower than I expected. At $69.90, it is a little more expensive pricey than the X1T for DSLRs & Mirrorless cameras. But, the A1 does also include a built in flash and continuous light.

First up, the good news is that the Godox A1 going to be compatible with both Android and iPhone. The bad news is, Android users will have to wait a little while. The Godox A1 is now available to preorder, and the GodoxPhoto app is already available in the Apple App Store. And, unlike the previously seen screenshots, it’s been translated into English.

So, the official specs, according to the Godox Shop… 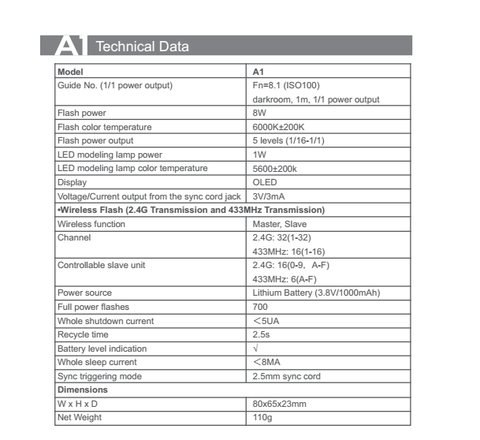 The built in light isn’t all that powerful, but could we really expect it to be? I can’t imagine too many people buying this to actually use as an “on-camera flash” for the iPhone. I also can’t really imagine anybody would throw these things in big modifiers, either. The colour temperature is roughly daylight (close enough that it won’t make much difference to a phone, and offers 5 power level adjustments (down to 1/16th).

It features a built in 1W “modelling lamp”, although presumably you could also use this all the time if you wanted to use this for video. The built in light won’t be super bright, but it could be a nice advantage over a phone’s built in LED to get light away from the lens.

The A1 also features a built in trigger for Godox’s 2.4Ghz X1 flash compatible gear, and also a 433Mhz trigger. Whether that 433Mhz trigger is compatible with the previous generation of Godox flash gear, I’m not sure. More than likely, though, this is for LED light control.

Then there’s that app. Initially, it will be available for the iPhone, and as mentioned it’s already available in the Apple App Store. Android users should start to see the app appearing in the Play Store sometime in September. I wouldn’t worry about this delay too much, though, as the unit is still only on pre-order. So it may be September before anybody gets one anyway.

Compatible Smartphone Models: This ﬂash is compatible with the following smartphones e.g. iPhone 6s, iPhone 6s plus, iPhone7, iPhone7 plus, etc. (only lists the tested smartphone models, not all iPhones. For the compatibility of other camera models, a self-test is recommended.).

ABOUT THE ANDROID PHONE,the A1 will support the ANDROID PHONE in September,and the compatible smartphone model order is HUAWEI phone、SAMSUNG phone，etc.

There’s no iPhone SE or iPhones 6/6 Plus mentioned, but it does say the list only includes phones they’ve tested personally. So, that does not necessarily mean that it won’t work with others. I’m sure more compatibility tests will be coming, especially once it starts getting into peoples hands. The app, though, does appear to work on the iPhone SE. Although it runs in “Demo Mode” without an A1 unit in my hands to pair it with. 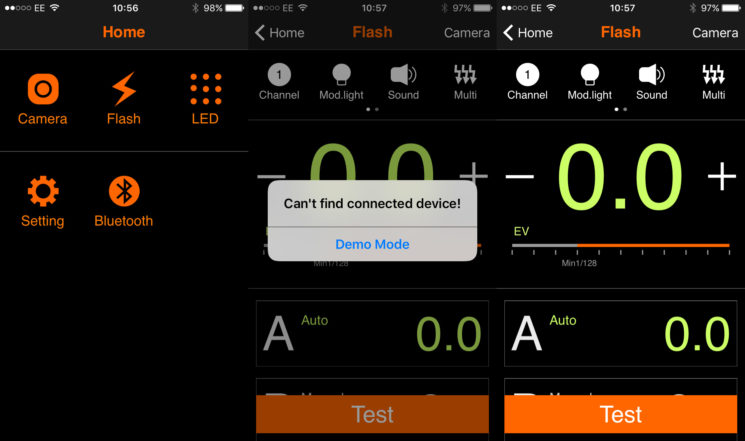 Having seen some of the specs now, and a quick play with the app, it does indeed look like the shutter speed limit is 1/35th of a second. At least it is on my iPhone SE with the rear camera. So, you will likely need some neutral density if you want to shoot it outdoors in the daytime. Even though “indoor & outdoor” is mentioned in the video above, you’ll notice the outdoor shots are all at night. 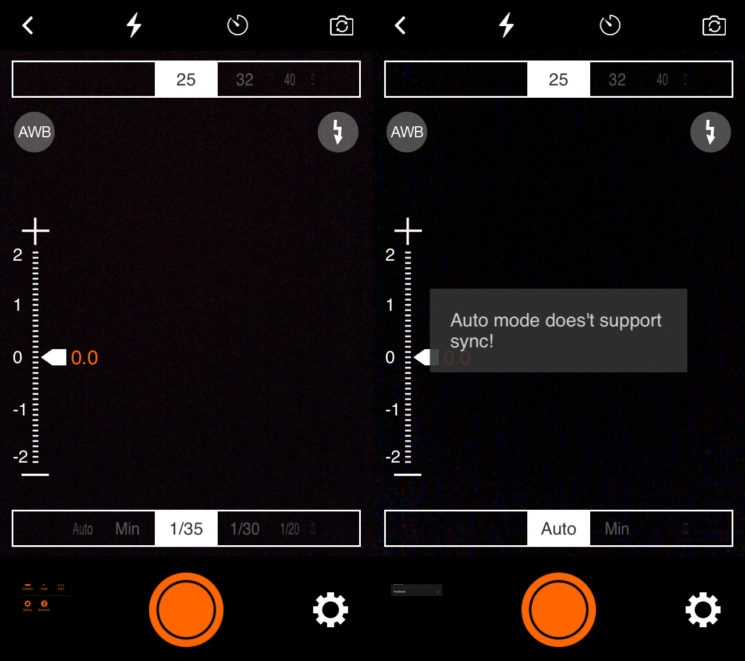 Looking through the various screens to control your flash & continuous LED lighting, something particularly jumped out at me. What are those “Export” and “Import” buttons? 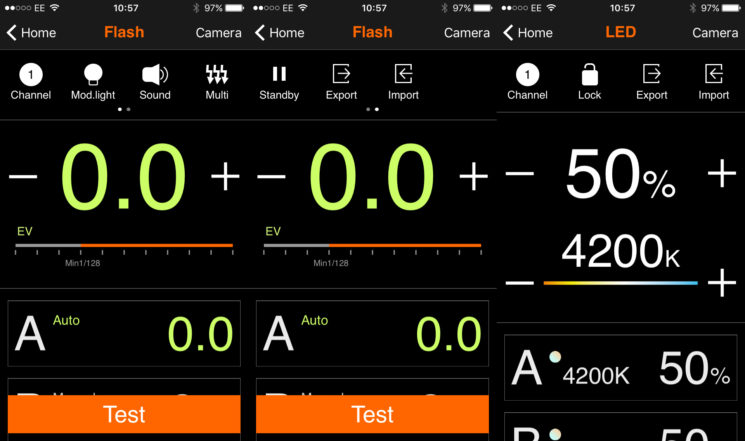 Can we actually save lighting setup “presets” that we can recall at will? If so, this could be pretty interesting. It also holds some great potential for the future if Godox chose to release an X1T upgrade with built in bluetooth. Being able to control the trigger on top of my regular camera with an app rather than dials on the unit itself, with presets? That would be very cool.

Something else that I thought was quite interesting is the ability to setup the app in either 1/3rd stop or 1/10th stop increments. This is extremely handy for those using something like a handheld Sekonic meter, which shows the in-between stops as tenths. But, it still leaves the 1/3rd stop option in there for those going off their normal camera settings. 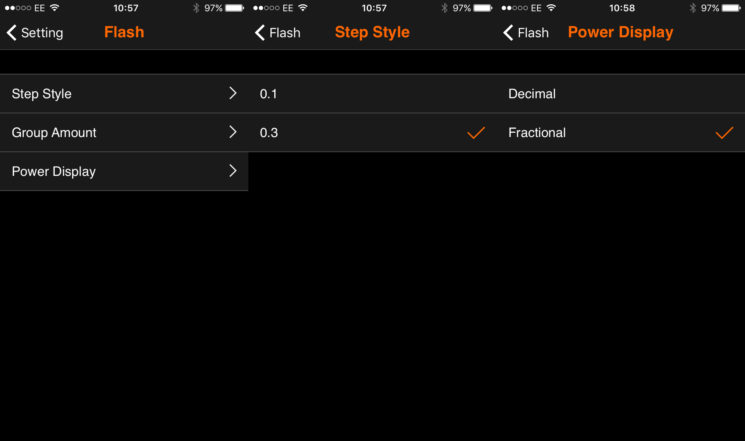 The Godox A1 package includes the A1 unit itself, a couple of “pasters” (presumably to stick the A1 to the back of your phone), a Type-C USB cord (for charging?) and a cleaning cloth.

I still can’t see myself ever actually setting up a shoot where I plan to use my iPhone as my main camera. But, I am still going to get one of these. For behind the scenes shots, where I’ve been shooting with a “real camera” and already have my lights set up, it’ll be fantastic.

The Godox A1 is now available to pre-order now for $69.90 in the Godox shop. and should ship at the end of the month.