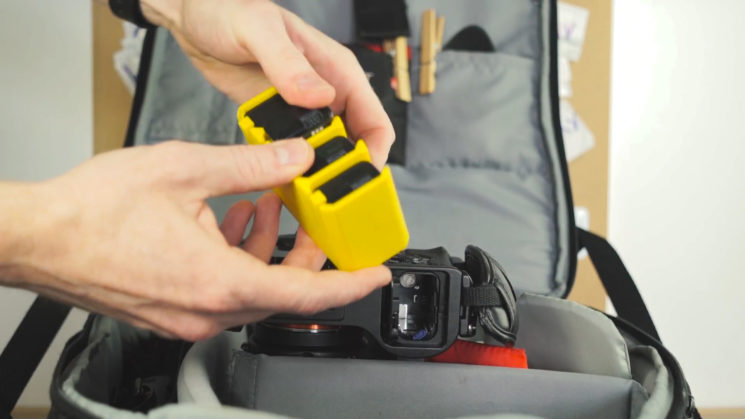 I think it’s a pretty safe bet that 3D printing is now well and truly here to stay. They’re no longer just the DIY custom built passions of hardcore makers. Now, anybody can get buy a 3D printer, or at least get access to one. They’re mainstream now. There’s entire online communities around their use with tips, advice, reviews and all kinds of other stuff.

But did you know there’s a whole host of photography related equipment and doohickies you can 3D print to make your life easier? No, neither did I. It’s been a while since I last took a tour around Thingiverse, and a lot has been added since then. This video from the guys at The Film Look goes through some of the more useful items they’ve 3D printed.

First up, a humble mini tripod, because why not? I’ve seen this design for a while, it’s not a new one, but I’ve also seen several different iterations of it. Some work better than others. this one, though, seems to work a treat. A lightweight plastic tripod that folds away and can support the weight of a DSLR and lens? 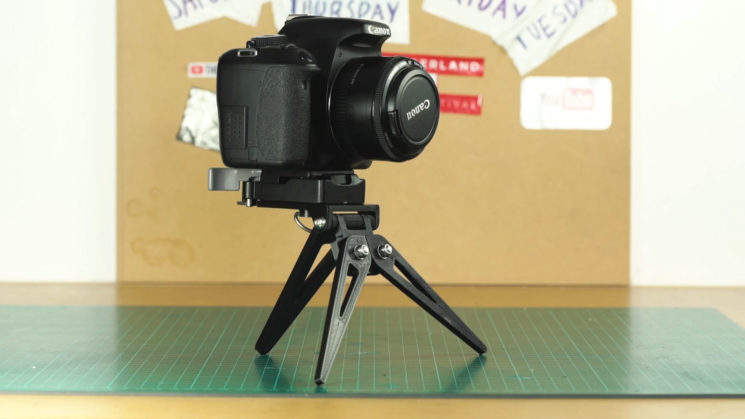 You won’t get the adjustability of a ball head, but you can mount a quick release plate to the top of it. And it’ll be great for a quick timelapse or behind the scenes camera. And it folds up small and flat to slip into a pocket in your bag.

The next one is a bit of a biggy. Sony shooters will know just how many batteries you need to have with you when you shoot. Especially if you’re shooting video. Even with my Nikons I take out half a dozen of each different type of battery my cameras use. Organising them and knowing which are charged and which aren’t can be a pain.

This 3D printed battery holder for the Sony A7 series batteries, though, is fantastic. You can load up a bunch of batteries into it. If you store full ones one way, and flat ones another, you can immediately see which one you need to use next. A great solution to a problem for which no commercial option even exists. 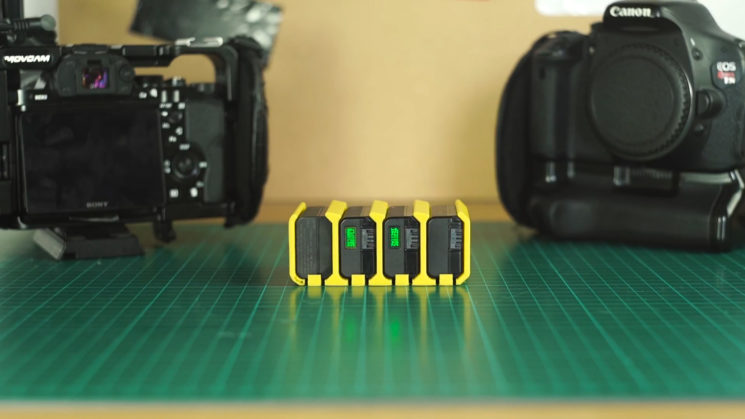 On the subject of batteries, these are also pretty handy for studio shooters. Battery holdersthat  you can attach to the wall in your studio for AA, AAA and 9v batteries. Most of us who regularly shoot indoors have faced this struggle. The hunt for fresh batteries for flash triggers, speedlights, or other devices, that you could’ve sworn you put in this particular box or drawer. But when you need them, can you find them? No, of course not. 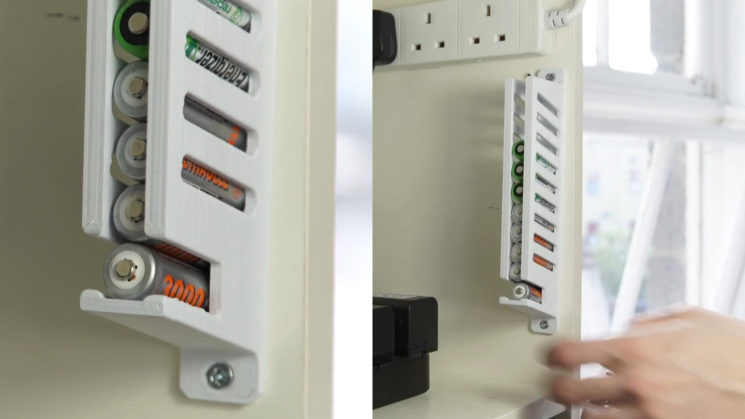 And if you’re more of a location photographer, there’s also these magnetic battery cases. Perfect for keeping sets of four or eight together for speedlights & battery packs. 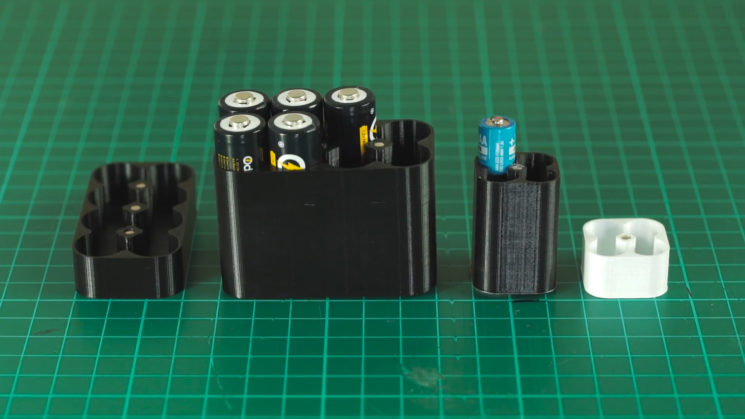 They also show off some SD card storage in the video, too. Although they suggest that it might not be all that useful as you still have to pull the cards out to check the label. Although, personally, that wouldn’t matter to me. I don’t generally label my cards. So, it could be handy to just flip them upside down when they’re full so I know which cards are still empty at a glance. 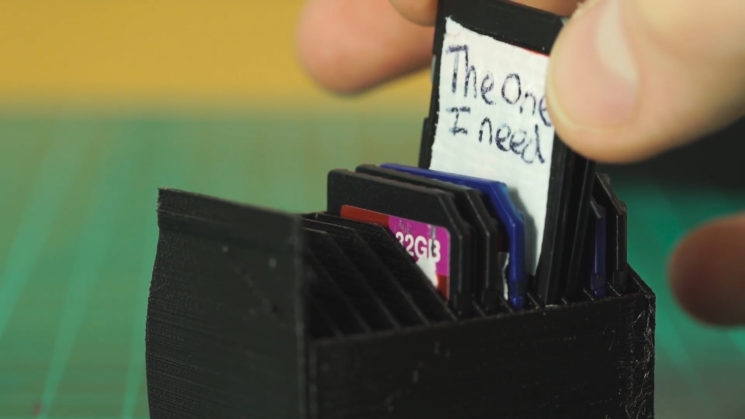 Although, in this case, there are plenty of commercial alternatives out there. Personally, I use these.

I haven’t 3D printed a whole lot of camera accessories. In fact, the are only three that immediately spring to mind. One is a 360° rig for holding six YI HD action cameras. The others are also YI HD action camera related, too. A bunch of lens hoods and lens caps.

I might have to do a little more digging on Thingiverse to see what else might come in useful.

« Specs and more info released as the Godox A1 mobile flash trigger goes on pre-order
These cooking videos shot in the styles of famous directors are just beautiful and hilarious. »