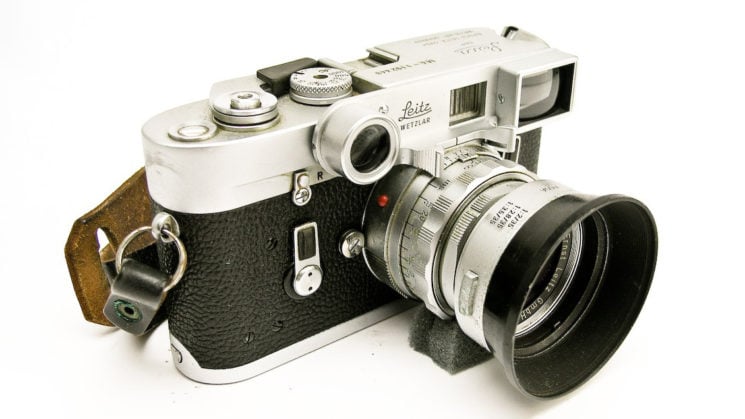 You can find all sorts of treasures at garage sales and thrift stores. A 16-year-old boy Tyler B. went to a local church sale and stroke a deal that would make all film photographers green with envy. He bought a 7,000 kit consisting of a 1960s Leica M4 and a couple of lenses – for only $15.

Tyler has been interested in film photography for a while and wanted to buy a camera so he could finally start shooting. So he figured that a garage sale would be a good place to start looking. Speaking with PetaPixel, he said that he first bought a Kodak 35 for only $3, as he recognized the brand name. Interestingly enough, he didn’t pay much attention to the “fancy-looking” camera that was sitting next to it. Because of this, he almost missed a deal of a lifetime. Thankfully though, he ran into a friend who told him to go back.

Taking his friend’s advice, Tyler went back and negotiated a deal. He only had $15 left, and the seller was willing to sell the entire kit for that much. Apparently, the person didn’t know what they were selling, but neither did Tyler.

The lucky teenager plans to return to the church and give some more money for the kit he bought. Some people argue that he absolutely isn’t obliged to do it, and I agree. But on the other hand, I understand the moral need to do so, and I’d do the same. He also plans to have the camera and lenses cleaned, lubricated, and adjusted, and we wish him to get a lot of beautiful photos with his new gear.