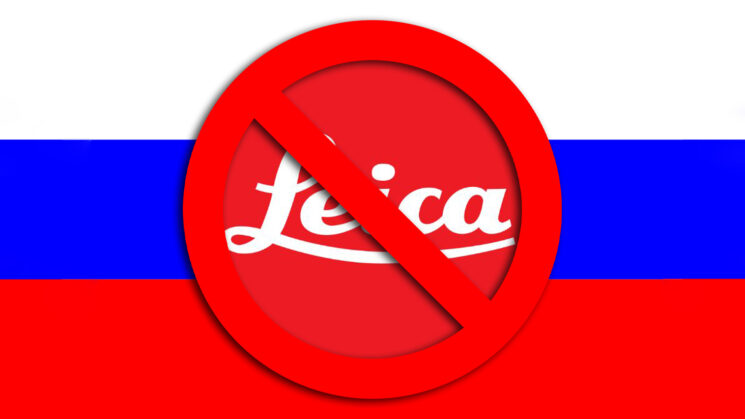 After Canon, another camera company has pulled out of Russia as a result of its attack on Ukraine. This time, it’s Leica. The company has ceased all operations in this country, and the Leica Store in Moscow has been closed.

As Macfilos reports, Leica Camera AG has issued a brief, but clear statement reading simply that this company will no longer do business in Russia: “Leica has suspended all business in Russia until further notice and closed the Leica Store in Moscow.” According to the same source, this announcement came after two weeks of speculations in the community.

In my opinion, the current war has affected people on both sides. Ukrainians are under attack and they are afraid for their lives and wellbeing. As a result, the people of Russia have been under sanctions, with more and more companies pulling out from the Russian market. Sadly, my people have been on both ends of this and I can tell you – it’s always the common people who suffer. Politicians don’t really give a damn.

To remind you, Canon and Adobe recently ceased operations in Russia. This country also banned Facebook and Instagram when they allowed calls for violence against Russian soldiers and politicians. Needless to say, I really wish for this madness to end and for the people to be safe and live normally again.

Leica discontinues M9’s CCD sensors, you can no longer replace defective ones

« Against all odds, Skylum updates Luminar NEO with Image 3D Transform, improved Layers, and more
What is Customer Relationship Management (CRM) tool and why photographers need it »