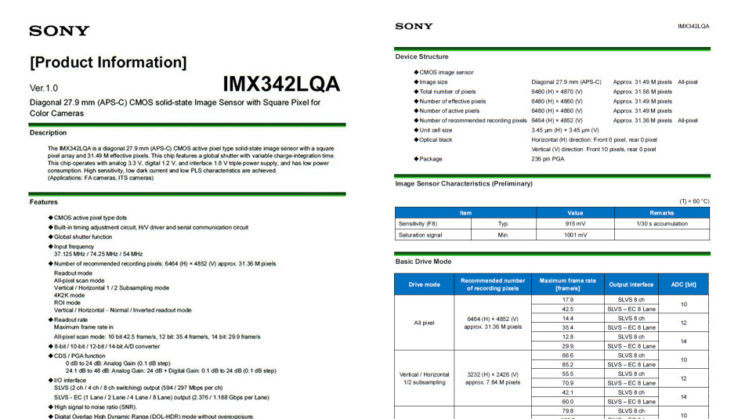 A spec sheet has been leaked to the folks at Sony Alpha Rumors about a new Sony sensor. Of course, new sensors are released all the time, so what’s so special about this one? Well, it’s a 31MP resolution APS-C sensor with a global shutter that potentially offers 4K video at up to 108 frames per second though SLVS-EC – although much lower is more likely.

The specs were found through Chinese microblogging website Weibo. SAR is giving them a high probability of being real.

So, here’s what the specs for the potential IMX342LQA sensor basically say… 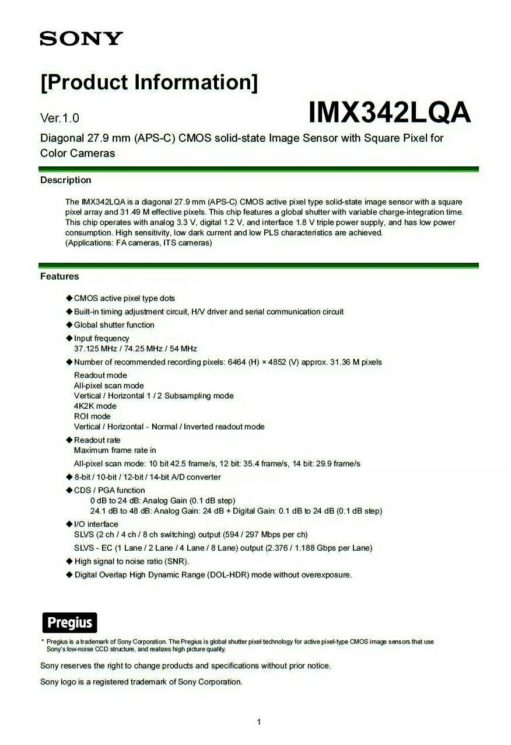 There is the chance, though, that Sony may release something completely new. Perhaps along the lines of Micro Four Thirds style. Essentially a Panasonic GH5 type camera with a larger APS-C sized sensor of the same aspect ratio. Likely? Probably not, but certainly possible, and Sony do like pushing those boundaries when it comes to their mirrorless cameras. 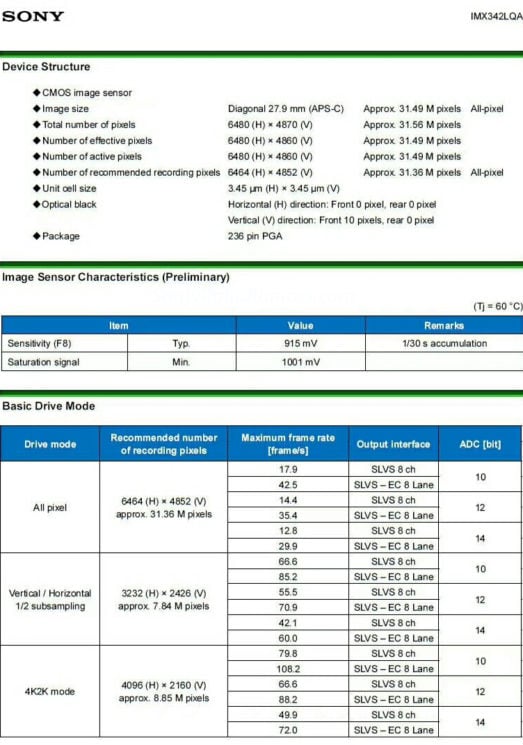 SAR says that they have no reliable confirmation that the spec sheet is authentic, but that if it is a fake It’s “one of the best ever” that they have seen. It uses the same font style and size as other genuine Sony PDF files. This sort of attention to detail is often neglected with most fakes.