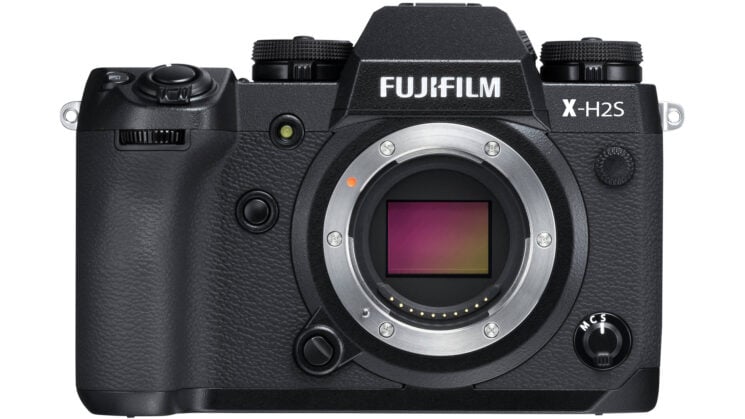 The long-awaited Fuji X-H2 is apparently on the way, but unlike the original, there are seemingly going to be two separate X-H2 models. The regular X-H2 and an X-H2S. The X-H2 is rumoured to be a high-resolution model with a ~40mp sensor capable of shooting 8K video, but there hasn’t really been any evidence to back up those rumours. The X-H2S, on the other hand, has had its entire spec sheet leaked.

The leak comes just before Fuji is expected to officially announce a new camera at X Summit. It’s now expected that this camera will indeed be the X-H2S. The specs sheet, though, tells us most of what we need to know. It has a 26-megapixel X-Trans sensor, features dual UHS-II SD and Cfexpress Type B card slots, and shoots up to 6.2K resolution video at 30fps, as well as 4K at up to 120fps.

The specs contain just about everything you might want to know about the new camera, which is expected to have a price tag of around $2,500, but here are some of the highlights…

Here are the complete specs.

As well as the camera itself, there are a couple of accessories. There’s a fan, presumably for active cooling to prevent overheating, for $199 as well as a couple of grips. There’s a standard vertical grip for $399 or a file transfer grip (WiFi?) that will cost $999.

For those interested in watching Fuji X Summit live and seeing the new announcements, here’s the stream. It begins at 9am Eastern. Fuji says they have “a lot of exciting news” to come to celebrate the 10th anniversary of the Fuji X Mount system, so we might hear more news than about the just X-2HS.

It’s nice to finally see a second generation for the Fuji X-H product line coming. The original X-H1 was released in 2018 and proved to be very popular but was discontinued the very next year in 2019. People have been waiting a long time for a successor.