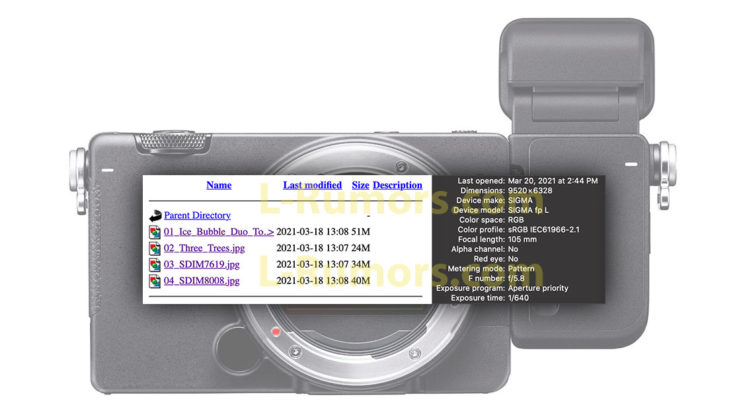 According to a report over on L-Rumors, the new Sigma fp L will house a 60.2-megapixel sensor. They show screenshots of a folder of images found on Sigma’s web server, along with EXIF data showing a whopping 9520×6328 pixel resolution.

The sensor that will come in the Sigma fp L is not a Foveon, although it’s not quite a Bayer sensor, either, featuring what is rumoured to be a unique colour filter array layout that’s a bit reminiscent of the Fuji Super CCD sensors from back when they used to make DSLRs.

The files shown in the screenshots are jpg files, not raw, so there’s no telling yet whether raw files from the new camera will be DNG or some proprietary Sigma format (like their Foveon raw files) to account for the unusual filter array. The original Sigma fp will save out raw files in DNG format, but that camera uses a more traditional Bayer filter array.

A sample of one of the photos, presumably the “02_Three_Trees.jpg” file (you know, given that there’s three trees in the photo) was also shared to L-Rumors, although at a much reduced 700×464 pixel resolution. 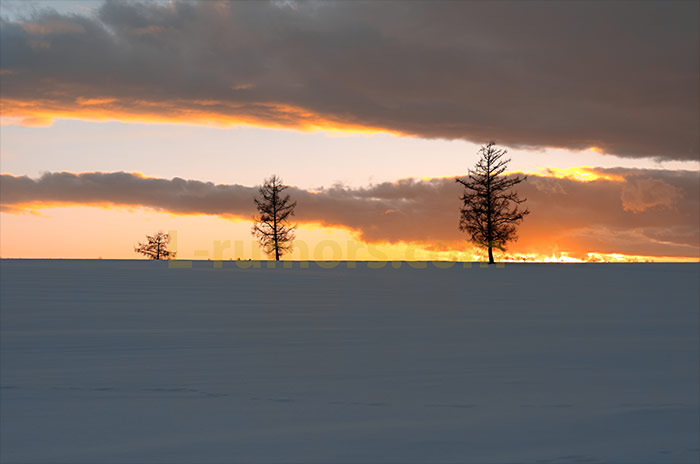 But even though the image doesn’t show how the details will look from Sigma’s custom colour filter array, we do see a rather impressive level of dynamic range with a lot of highlight detail in the clouds, as well as shadow detail on the ground.

The Sigma fp L announcement is expected tomorrow, so we’ll keep you posted with the full details as they’re announced.

A 43-megapixel 8K Sony sensor has been “leaked” but could it possibly be real?