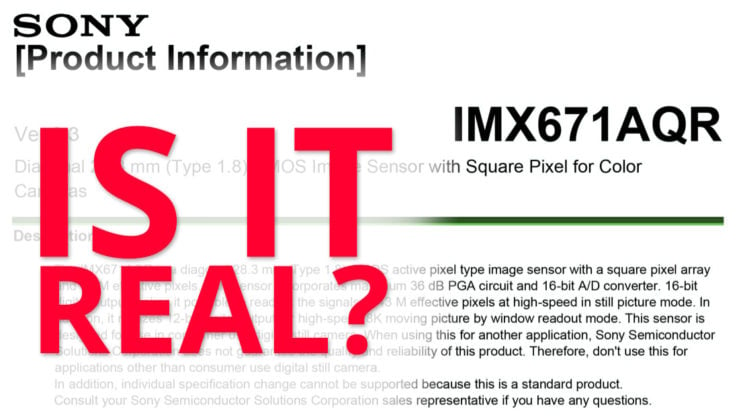 Recently, word of a new Sony IMX671AQR sensor was “leaked” via the Fuji Rumors comments. There isn’t much info about it except for what appears to be a screenshot of the first page of a datasheet. That screenshot details a 43-megapixel APS-C camera capable of shooting 12-bit 8K video. But is it for real?

Doubt is starting to be cast on the legitimacy of the leak on a number of sites, and I’m inclined to agree. Given that we’ve still yet to see a replacement for the ageing Sony A7S II or even a legit hint of a new sensor for a theoretical A7S III, I can’t imagine they’d be packing this much power into an APS-C sized sensor already. 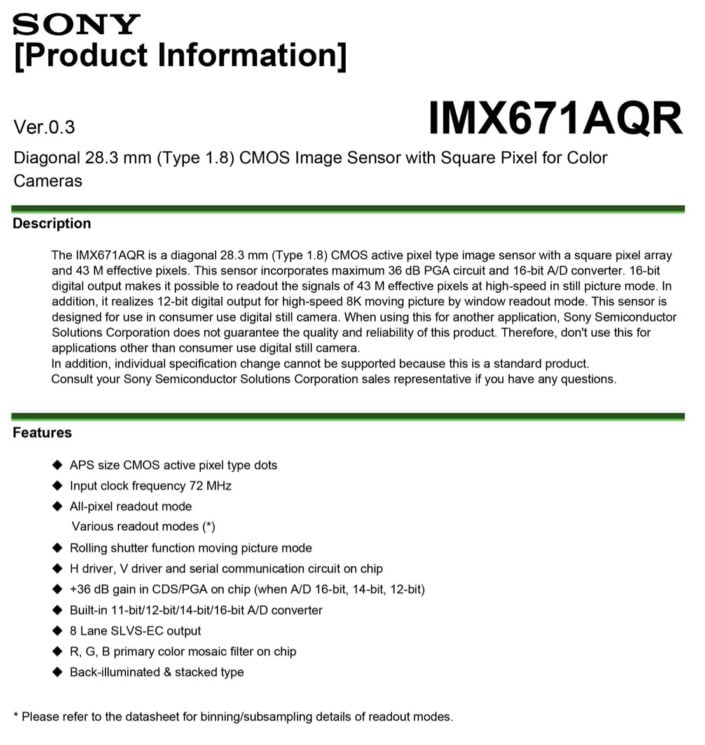 The screenshot does appear to be very impressive. Almost too impressive. 8K 12-Bit video (when all of their A7 and A9 series cameras are still only doing 8-bit video) and 16-Bit stills? It all seems a bit much, especially when the description specifically states that it’s designed for “consumer use digital still camera”, and not higher-end Super 35 cinema cameras.

A Sony A7000 has been rumoured for a LONG time (was this the A6600 or there still another body to be announced this year?), but would Sony really let their crop bodies leap ahead of their full-frame mirrorless cameras so much?

As Photo Rumors points out, it’s pretty easy to fake a Sony sensor spec sheet cover page, and it wouldn’t be the first time it’s happened. And if it were true, they’d almost certainly be cannibalising sales of some of their higher-end Super 35 kit with specs like this.