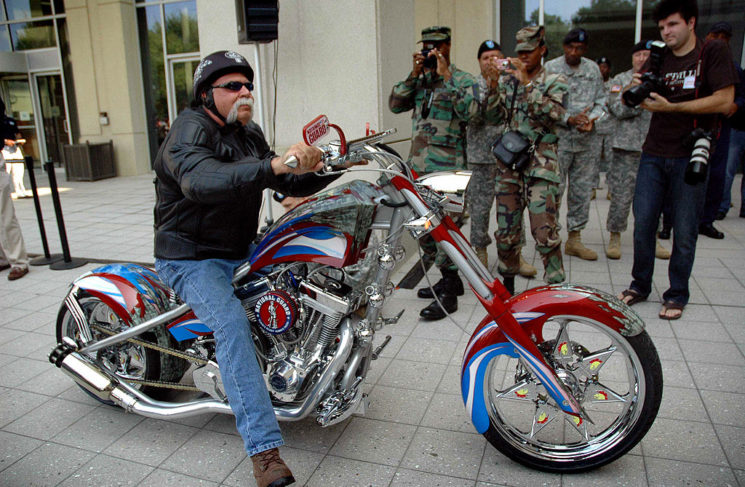 Paul Teutul Sr., the star of the famous reality TV show “American Chopper,” has been sued by a photographer whose photo he used without permission. The judge has sided with the photographer, and the court has ordered Teutul to pay $258,484.45 for copyright infringement.

Obviously, the photo used on merch and in the reality TV show was used for commercial purposes. It’s not clear how much Paul and Michael Teutul earned off the merchandise, but the judge ruled that Teutul Sr. needs to pay $258,484.45 for using the photo without permission.

When you want to use someone else’s photos, you can’t just download them and use them as you please. Well, in most cases. One would think it’s common sense, especially if the person using someone else’s work is also a content creator. But apparently, there will always be cases that prove me wrong.

MSN writes that this verdict adds to Teutul Sr.’s financial and legal issues. He has been sued by several business partners, he filed for Chapter 13 bankruptcy, and he’s said to owe state taxes. All of this has put his show in jeopardy and made its future is uncertain. But at least he could’ve avoided the latest copyright infringement lawsuit if he’d only asked for permission from the photographer and paid to use his images.

« Celebface: Why everyone looks the same on Instagram
A 43-megapixel 8K Sony sensor has been “leaked” but could it possibly be real? »