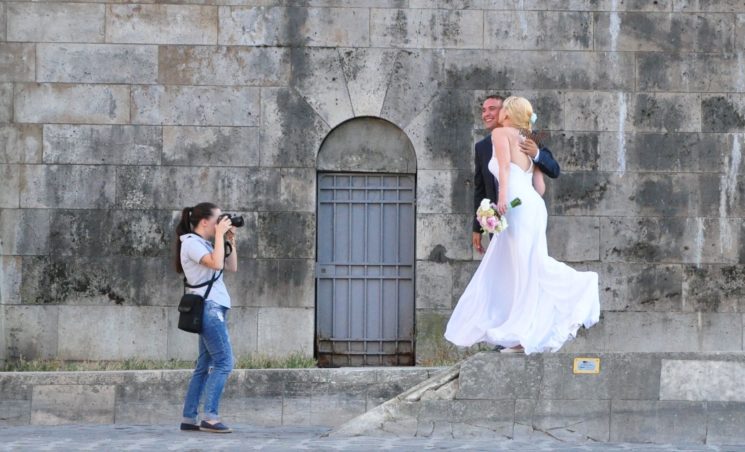 Chelsey Nelson, a photographer from Louisville, KY claims that a Louisville law “forces” her to photograph same-sex weddings, prohibiting her from staying true to her Christian beliefs. What’s more, the law allegedly even doesn’t let her openly express her beliefs about marriage. Because of all this, she has decided to file a lawsuit against the city.

The lawsuit was filed by Alliance Defending Freedom against Louisville/Jefferson County Metro Government and the Louisville Metro Human Relations Commission. It claims that “Chelsey selects her projects and uses her skills to tell particular stories and to promote particular values.” However, she “just can’t accept” photographing anything that’s “obscene or demeaning to others.”

Chelsey wrote an article for USA Today titled “As a Christian, I shouldn’t be forced to work same-sex weddings.” She writes that marriage is so important to her, that’s she’s careful to photograph ceremonies in a way that reflects her own views of marriage. She adds that she also “can’t celebrate a wedding that devalues how seriously she takes marriage – like a heavily themed Halloween or zombie-themed wedding.” I think she’s missing out on great fun, but that’s just me.

However, the Metro Ordinance 92.05 allows Louisville to impose a fine on Chelsey if she were to refuse to work with same-sex couples. This way, the city could force the photographer to shoot same-sex weddings which she apparently stands so strongly against. “That’s a clear violation of the First Amendment where you’re allowing the government to pick and choose what people can say and what they cannot say,” said Kate Anderson of the Alliance Defending Freedom.

But there’s more. The lawsuit reads that “Louisville even makes it illegal for Chelsey to explain on her studio’s own website why she only believes in marriage between a man and a woman or why she only accepts requests consistent with this view.” If you visit her website though, her Christian beliefs are expressed all over it. But I get it; she apparently can’t openly add that, because of those beliefs, she doesn’t want to work with same-sex couples.

According to Sam Marcosson, a professor at the Brandeis School of Law, Chelsey’s suit isn’t particularly strong. “What she’s claiming is the prospect that the law could be applied has the effect of infringing on her free speech because she is afraid,” he told WHAS 11. He said that no one has filed a discrimination complaint against Chelsey yet, and that could weaken the case.

However, “for Chelsey, the choice is simple yet stark — violate the law, forsake her faith, or close her business” her lawsuit dramatically states. But I think it’s not that gloomy, perhaps she could move to Indiana if she wants to proudly and publicly refuse to photograph same-sex weddings.

Now, I’ll get serious. I think everyone should be allowed to choose their clients based on their beliefs and preferences. For example, I choose not to work (or interact) with arrogant and self-entitled people. Although, luckily, there’s no law against it. So I believe that Chelsey should also be able to choose her clients to her own will, regardless of how strongly I disagree with her beliefs.

On the other hand, people who scream about their religious and other beliefs make me cringe. Chelsey’s website already seems to be more about Jesus than about wedding photography. There are so many elegant ways to refuse clients without hurting anyone’s feelings, violating the law, or going against your own beliefs. So, in my opinion, this lawsuit is over the top. But these are just my two cents. I’d like to hear your thoughts, so feel free to share them in the comments below. If you’d like to read the full lawsuit, it can be found here.