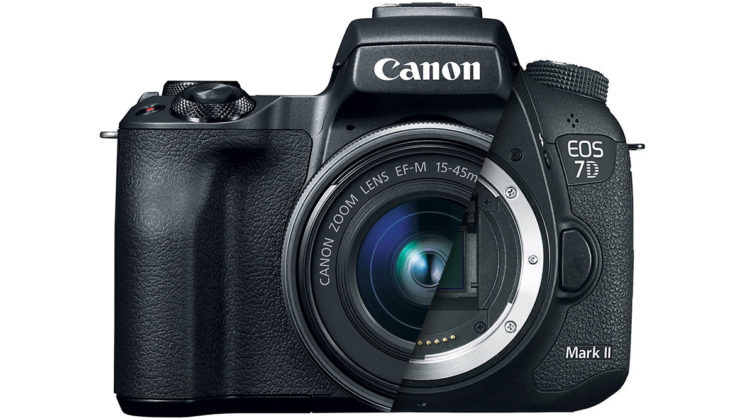 With 2020 rapidly approaching Q4, there isn’t much time left for manufacturers to announce new cameras this year. But with the pace at which new ones have been announced over the last few months, it wouldn’t surprise me if there were a few more yet to come. And according to a report on Canon Rumors, it looks like there are.

CR says that they’ve received multiple reports over the last few months that a pair of EOS M cameras are coming in 2020, and recently they’ve received some information on what these cameras may be. According to the rumour, we can expect the EOS-M50 Mark II and a new EOS-M7 flagship model.

CR says that they haven’t been able to confirm the reports, but at least the EOS-M7 makes a lot of sense. It’s been a while since Canon’s 7D DSLR line was declared dead, and there’s really no other Canon APS-C camera of any type that can replace the Canon EOS 7D Mark II – which was already pretty much obsolete as soon as the Nikon D500 was announced.

So, an EOS-M7 to fill the 7D gap in Canon’s APS-C mirrorless lineup does fit. It’s pretty clear that Canon won’t be making any APS-C RF mount cameras (and why should they?), so it’s the logical direction to go.

According to the report, the EOS M7 would become the new flagship speed demon containing “all the bells and whistles”, including the 32.5-megapixel sensor of the EOS M6 Mark II, IBIS and dual card slots. It’s set to be announced at some point during Q4, if the rumours are accurate.

After the EOS M7 announcement, Canon is now also expected to announce the EOS M50 Mark II – the follow up to 2018’s ridiculously popular EOS M50. Rumours of a Mark II have been around for a little while now – going all the way back to November last year. But last month rumours were refuelled.

Initially, it was suggested that an EOS M50 Mark II might be announced next month, in September. But now an announcement is expected to come in Q4, and it would come after an EOS M7 announcement. That being said, the September announcement prediction was supposed to be for Japan only. Perhaps Q4 is when the rest of the world will see it.