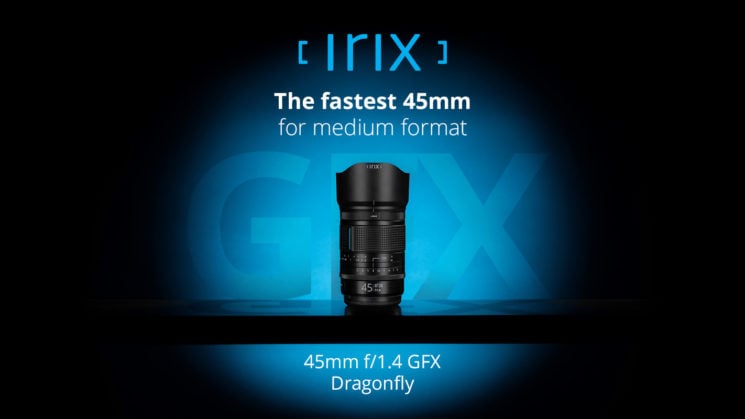 Well, that was a surprise. We knew Irix had a fast medium format lens on the way because they released a teaser a couple of days ago. But it turned out to be faster than the teaser suggested – only hinting at an aperture of at least f/2.8. We thought it was going to be something new and shiny, but it seems that all they’ve done is stick a GFX mount on their existing 45mm f/1.4.

This isn’t a bad thing, however, as it’s still the fastest aperture native mount lens available for the Fujifilm GFX system. Although it does raise some questions. Like, if the 45mm f/1.4 had such a large image projection circle, how come the original version for DSLRs couldn’t offer any kind of tilt-shift capability? And isn’t it cheaper to just get a DSLR version and a lens adapter for GFX?

45mm is a great focal length for the GFX system, offering a field of view similar to that of a 35mm lens on full-frame bodies. And that f/1.4 aperture on a GFX body is going to produce a nice shallow depth of field relative to that field of view.

The bulk of the lens appears to be exactly the same as the previous 45mm f/1.4 available in Canon EF, Nikon F and Pentax K mounts, although the base of the barrel with the mount for the camera is significantly larger in order to account for the much shorter 26.7mm flange distance of the Fujifilm GFX bodies vs the Nikon F (46.5mm), Canon EF (44mm) and Pentax K (45.46mm) DSLRs. 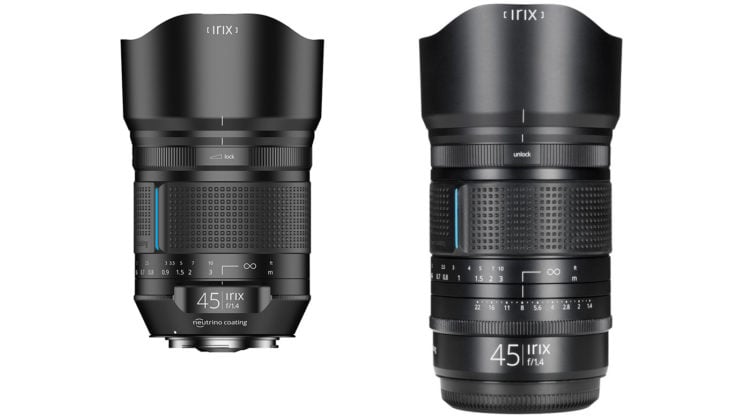 What has changed quite significantly, though, aside from the length, is the price. Currently, the Irix 45mm f/1.4 for the Fujifilm GFX is available to order from the Irix website for $1,022.45. This is a sharp increase over the $595 the DSLR versions are currently selling for. 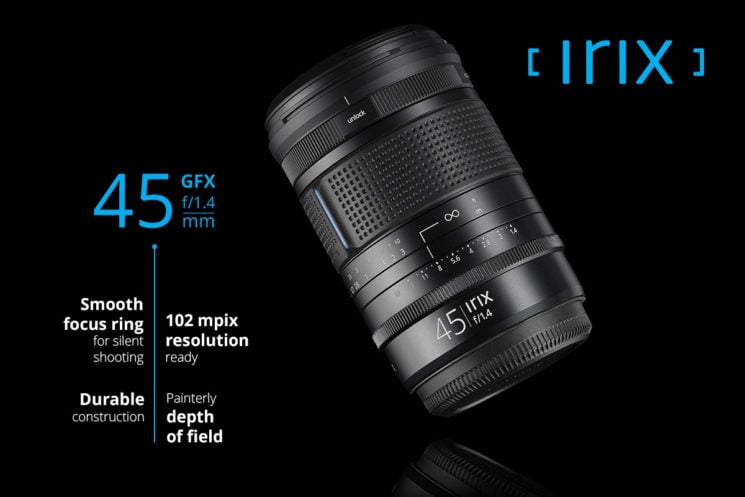 It does make me wonder, though… Is the extra ~$425 is worth going for the native GFX mount version? Or are Fuji medium format shooters be better off just buying a DSLR version with a Nikon F adapter or Canon EF adapter. Given that there’s no communication required between the camera and lens, and that they’re manual focus lenses, if the internals truly are identical and it has an image circle large enough to cover the GFX sensor, that’s a big difference in overall price.

Still, for those who want native GFX mounts, the Irix 45mm f/1.4 Dragonfly lens for Fujifilm GFX is available to buy now for $1,022.45 on the Irix website. No doubt it will be coming to the usual places real soon. 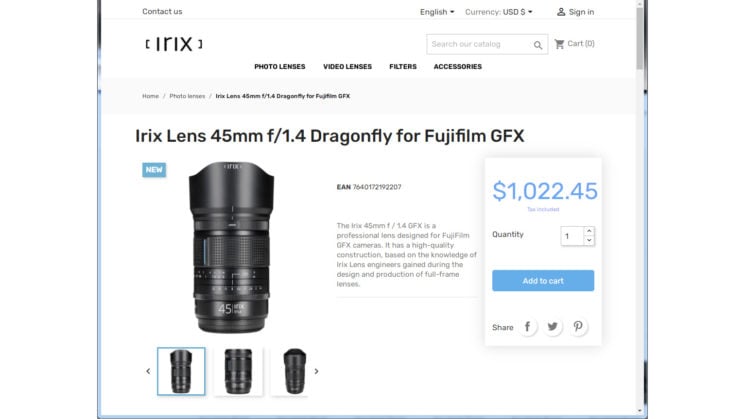 Although it’s been spotted for less elsewhere on the web, the Irix website lists the lens for $1,022.45.

« Art and coincidence: perfect examples of the decisive moment
Check out these eight 3D printed photo & video tools designed to make your life a little easier »