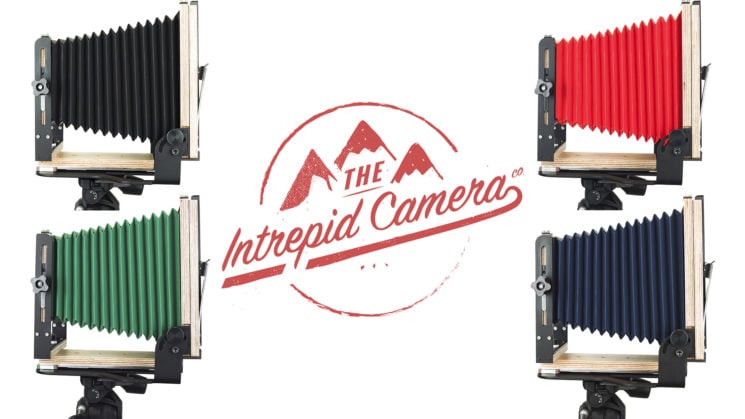 Large format cameras typically come in two sizes these days. They’re either 8×10″ or the more common 4×5″. But there is a size in between, and that’s 5×7″, and now the British large format camera manufacturer, Intrepid has added one to their line up.

About the new Intrepid 5×7, they say it offers all of the features you’d expect from a traditional 5×7″ camera, but at a fraction of the cost and weight, coming in at a mere 1.4kg. It uses many of the same parts that Intrepid uses in their 4×5 and 8×10 models, including fully independent front standard movements and linear focus.

As with Intrepid’s other cameras, the Intrepid 5×7 is made from furniture-grade birch plywood, waxed to seal the surface and the supports and base are anodised aluminium. The plastic parts are all 3D printed in-house using PLA and the bellows are made from triple-layered, water-resistant nylon. This combination of materials allows them to build a very strong structure while keeping the weight down as low as possible. 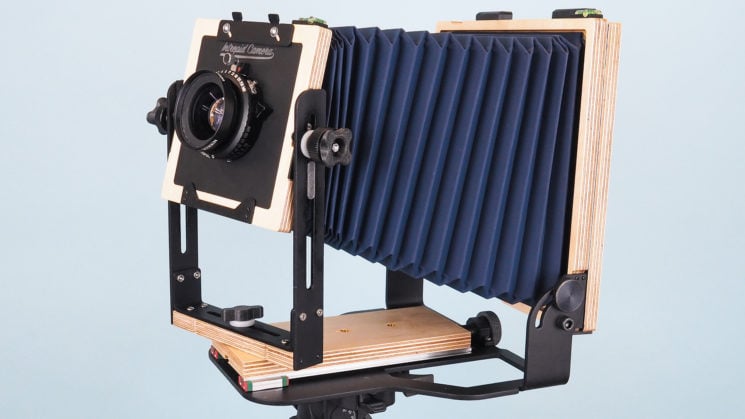 While it’s not a format you see all that often, there are manufacturers out there making film for it, including Ilford, Fomopan and Arista. Even certain Kodak film stocks are available as a special order. Or you can just shoot straight to negative or direct positive paper. 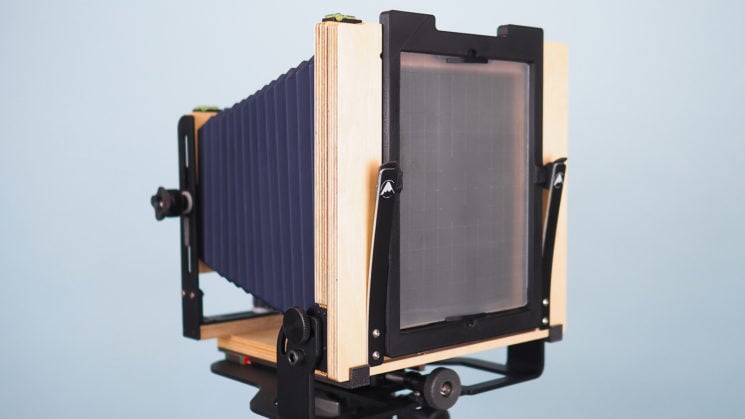 Along with the new camera, Intrepid has also launched a 4×5 reducing back that works with Graflok compatible backs as well as 4×5 sheet film. So, if you’re having a hard time getting hold of 5×7 sheet film, you can still carry on using it as a 4×5. And thanks to the film plane coverage you’ll get with 5×7 and 8×10 lenses on a 4×5 back, you’ll get a lot of latitude in your front standard movements.

A custom 108 x 108mm lens board is used on the Intrepid 5×7 for mounting your lenses to the front of the camera. Intrepid says that this offers the maximum versatility, accepting the widest possible range of lenses but without enlarging the front standard so much the camera becomes bulky and unwieldy.