Intrepid, the creators of the wooden 4×5 large format camera have now announced their new 4×5 enlarger. It mounts to the top of a tripod and is designed to be used in conjunction with the 4×5 large format camera you already own. This brings the cost down to a ridiculous £119 (~$155). It launched on Kickstarter yesterday and it’s already 300% funded.

An enlarger for 4×5 negatives typically starts running into the high hundreds of not thousands of dollars. They’re also generally wall mounted and take up a whole lot of space. The modular design of this one, though, means that it requires very little space to do what you need and is easily packed away when you’re not using it. 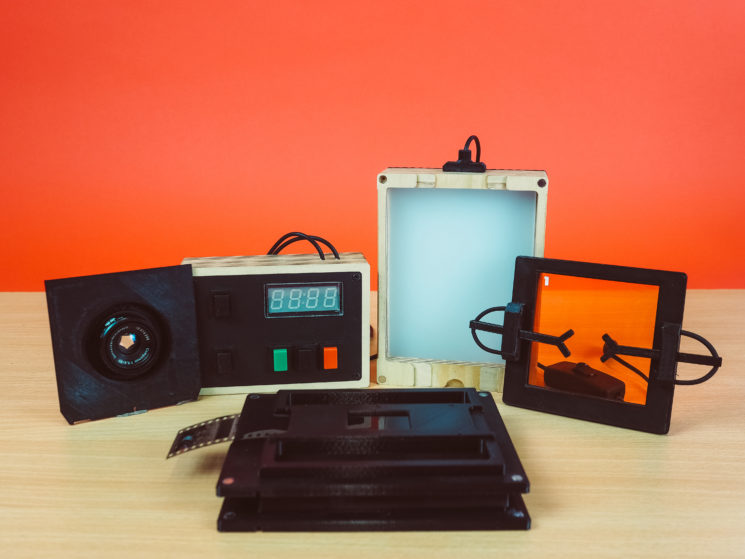 Essentially, it’s an LED lit back which goes onto any Graflok 4×5 camera, turning it into a projector, rather than a collector, of light. Kits also include a programmable timer to accurately control exposure, swappable carriers for your negatives, a multigrade filter holder and a lens board to attach your enlarger lens.

The enlarger lens isn’t included. You’ll have to source that yourself – or perhaps you can use a regular 4×5 lens that you already own. You’ll also need either a tripod or copy stand to mount everything on so that it can point at the paper on which you wish to print your image.

You can also just use the back as a regular lightbox for photographing your negatives and transparencies with a DSLR or mirrorless camera.

For printing, it works just as any other enlarger would in the darkroom. Simply load up your negative, turn it on to expose the paper for a set amount of time (if you’ve never done it before, you might want to google how to make test strips), and then develop the paper as normal. 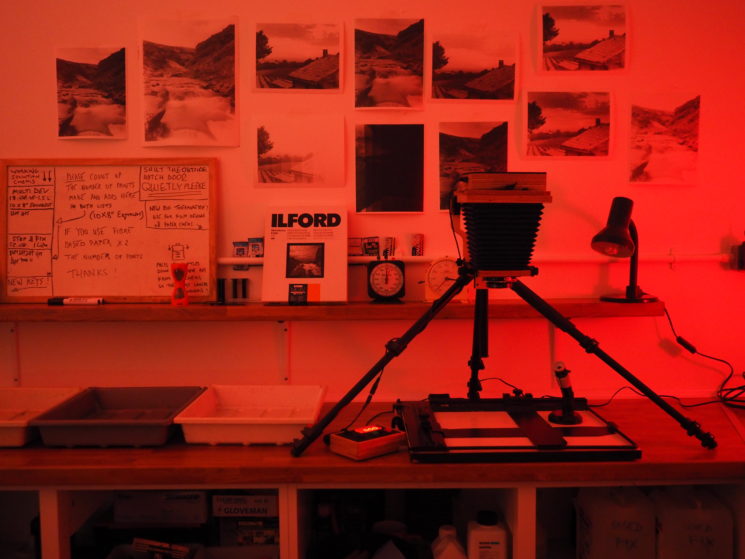 For scanning, you just need somewhere to lay down the box and point a camera at it. This, again, can easily be done with a tripod or copy stand onto which you mount your camera.

The concept of it is brilliant, and it sure looks like a whole lot less hassle than a “real” 4×5 enlarger.

How I converted Durst Laborator 1200 enlarger to use LED lights