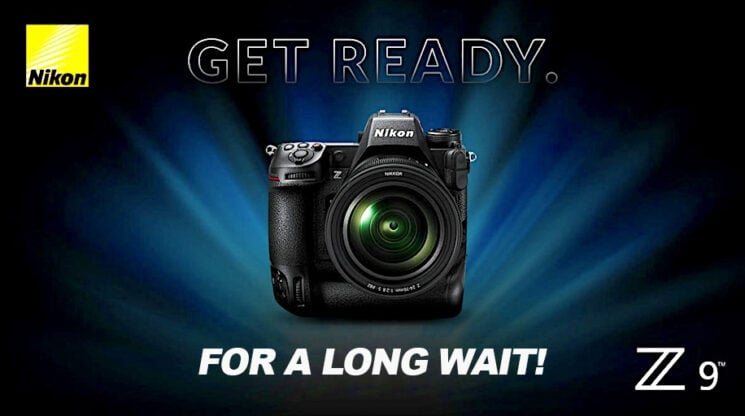 Japan, the home of Nikon, is seeing some pretty massive delays on the Nikon Z9 right now. As spotted by the folks at Nikon Rumors, if you order a Nikon Z9 today from Yodobashi Camera in Japan, you won’t see it until at least January 2023. It may actually take longer if they pre-sell more of the shipment than the number of bodies they have coming in at that time.

In the rest of the world, B&H still lists the Nikon Z9 as “New Item – Coming Soon” – which it has done since at least December, with no estimated date when more will arrive in stock. Adorama, too, lists it as “On Backorder” and Amazon still doesn’t even have a listing for it yet. WEX Photo Video in the UK also lists it as a “Pre-Order”.

It’s been a pretty common story with all manufacturers of late, with Canon reporting 6 month or more delays on some new items (including the new Canon EOS R3), Panasonic pretending they didn’t know how popular the Panasonic GH6 would be, Sony suspending production for some of their older popular cameras as well as more recent ones, and Nikon announcing price increases earlier this month as a result of supply chain issues. Those price increases announcements also recently came from Leica and Canon bumped theirs up (twice) without even making an announcement.

With no signs that shortages are slowing down and with it expected to last until at least the end of 2022, I think we can safely consider this to be the norm for the foreseeable future. So, if new gear gets announced and you want it, make sure you hit that pre-order button the instant it’s available or you might find that it’s already obsolete by the time it ships!