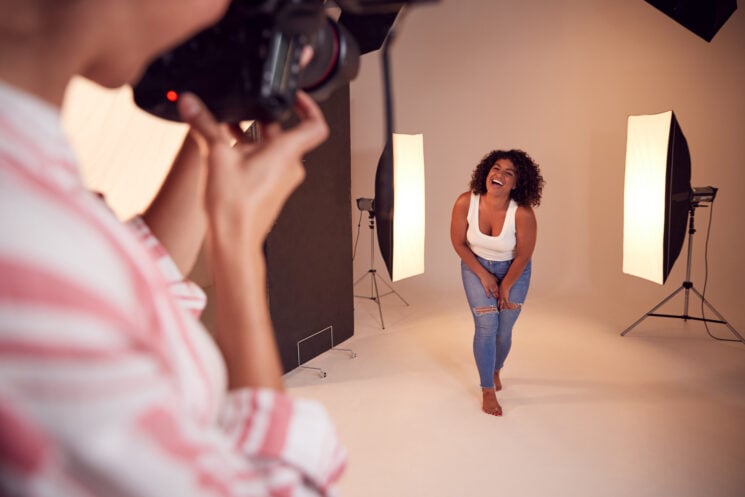 A fashion photographer based in New York City has been called out by a model on TikTok for allegedly charging plus-size models $100 extra for photoshoots.

Photographer William Lords’ pricing was shared by model agent Megan Mesveskas after she received an email from his photography studio with the breakdown of his fees.

According to Mesveskas, the email quoted $950 for Lords to photograph a “standard” model and $1,050 for a “plus/curve” model. The video has since gone viral on TikTok with over 11,000 views to date. She admits that the fashion industry has long used the excuse of larger models costing more in terms of the amount of fabric used, however, she says in the video that she has never heard this extended to a photographer charging larger models extra.

This is insane! A well known New York photographer shamelessly charges curve and plus size models an extra $100 for his dissatisfaction of having to look at them on set. #williamLords #curvemodel #Plussizefashion #plussize #plussizemodel

However, Lords has responded to the video saying that he charges extra for the test shoots because of the exact same reason. “Getting those clothes is very difficult,” Lords says. “I need to charge a bit higher because it’s hard to find anything. I go out there and buy the clothes with my own credit card for the models to wear as part of our package.”

The photographer is apparently now considering legal action against Mesveskas and Rouyre. He commented to the NY Post  “I’m a black man in America, and two white women tell me I’m discriminating them?” Lords followed that with “I’m so hurt by this. Nobody is telling the true story.”

Indeed. Personally, (and I am certainly no fashion photographer or based in NYC) I find it strange. I acknowledge that buying wardrobe is expensive, but so is camera equipment in general. The price difference feels petty like it’s there simply to make a point. And honestly, I was under the impression that test shoots with models were almost always done using the models’ own wardrobe, although on this point I could be behind the curve, so to speak.

What do you make of this? Is the photographer justified in charging more or is it discrimination?

« Venus Optics has officially announced its new 20mm f/4 Zero-D Shift lens
If you order a Nikon Z9 in Japan today, you won’t get it until January 2023 »