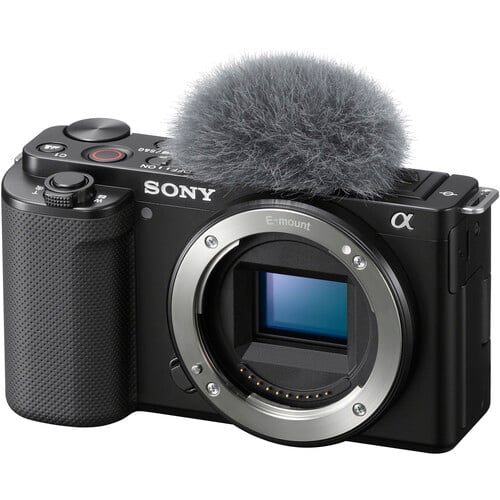 The chips are down and new cameras are getting harder and harder to get hold of. Sony has announced that they are suspending orders for another camera in their lineup due to the continued worldwide shortage of chips.

The latest camera to be suspended is the Sony ZV-E10, a mirrorless vlogging camera that was released just in August. An announcement on their website says that it is due to a delay in “parts procurement due to the effects of global semiconductor shortages”.

This is not the first product that Sony has suspended recently. In November the brand temporarily discontinued sales and orders of the A7II, A6400, and A1600 series cameras, as well as the ECM-B1M shotgun mic and PXW-Z190 camcorder. In April they put their Handycam HDR-CX680 camcorder on hold due to similar problems.

Sony, however, isn’t alone in reporting delays due to not just the chip shortage but disruption and delays to shipping schedules and availability. Canon currently has a 6-month waiting list for their mirrorless R3 and RF14-35mm F4 lens, and Nikon had to stop including a particular charger in with their Z7 and Z7II cameras due to parts shortages and has discontinued three F-mount lenses.

Ironically, the demand for new digital cameras hasn’t been greater for a long time. Local and regional camera shops are experiencing a surge in demand as stock on the shelf becomes more desirable than a long wait online. This is a common phenomenon when things become scarce, they also often become more sought after.

With the general covid-19 and container shipping disruptions to logistics coupled with the global supply problems of parts, I don’t think we will see this issue resolved anytime soon. And because of this undersupply plus over-demand, I would speculate that there won’t be any significant price drops in cameras over the next year.

If you really want to snag a bargain then you’ll have to look at older models or consider looking at the second-hand market, unless you like paying thousands of dollars to wait months for new equipment.