We all know that digital images are made up of red, green and blue “pixels”. Often, to capture this, sensors are in some kind of side-by-side pixel array, like with Bayer and X-Trans or layered, like Foveon. But that’s not the only way to create a full colour image. Many video cameras do it with the use of a prism splitter and three separate sensors capturing red, green and blue signals which are then merged together.

Mike and JohnBen at Clovehitch Productions wanted to try to replicate this last method using black and white film. They wanted to see if it was possible to capture just the red, green and blue parts of the spectrum on three separate shots, and then merge them back together to produce a full colour image.

In theory, it should work. Because it did work. This was the method used to create the world’s first colour photograph way back in 1861. The photograph was made by James Clerk Maxwell and Thomas Sutton. They photographed a tartan ribbon three times, each time with a different colour filter (red, green, or blue-violet) over the lens. The three photographs were developed, printed on glass, then projected onto a screen with three different projectors, each equipped with the same colour filter used to photograph it. When superimposed on the screen, the three images formed a full-colour image. 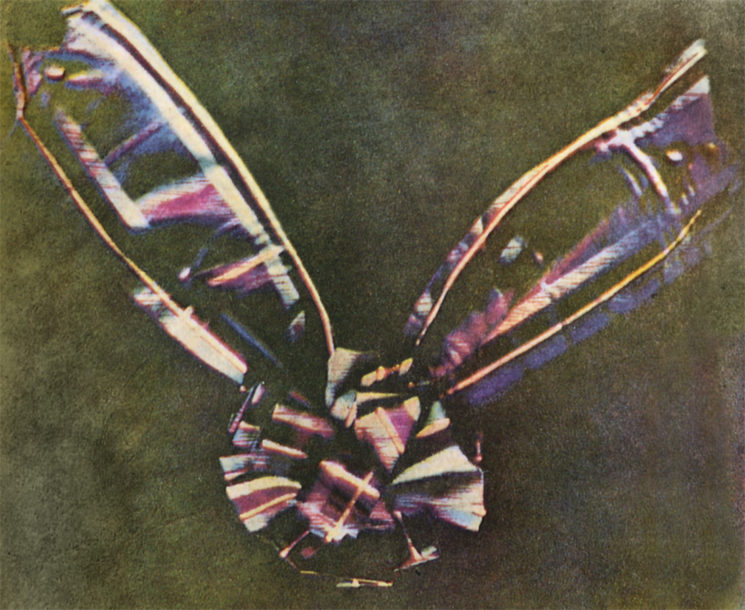 By 1911, the process had become somewhat more refined, as this image of the Emir of Burkhara, Alim Khan, shows. 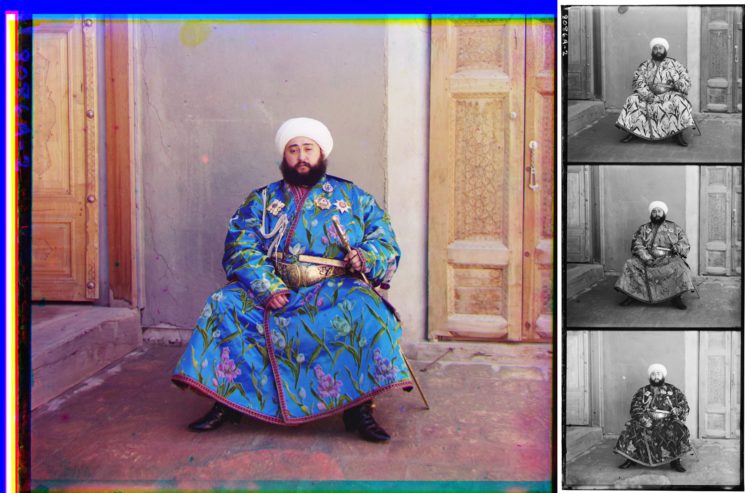 But seeing that it’s been done already isn’t really an excuse to not experiment and try it for yourself. This is something I’ve wanted to try myself for years but have never gotten around to. It’s still on my list and will happen one day, but for now I’m happy to watch folks like Mike and JohnBen do it.

They started by loading up some Kodak Tri-X 400 film into a 35mm camera. Tri-X is a panchromatic film, meaning that it sees all colours in the visible light spectrum. They used two sets of three differently coloured filters to then shoot each of the photographs. One red, one green, and one blue. They used two sets because they were slightly different shades of each colour. This gives them a little more latitude for experimenting in post. 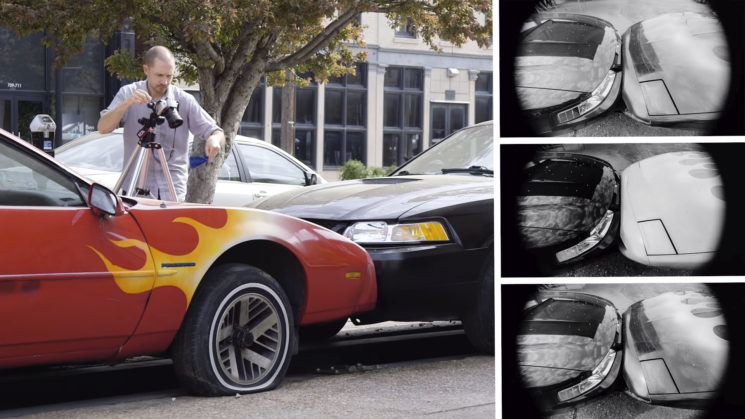 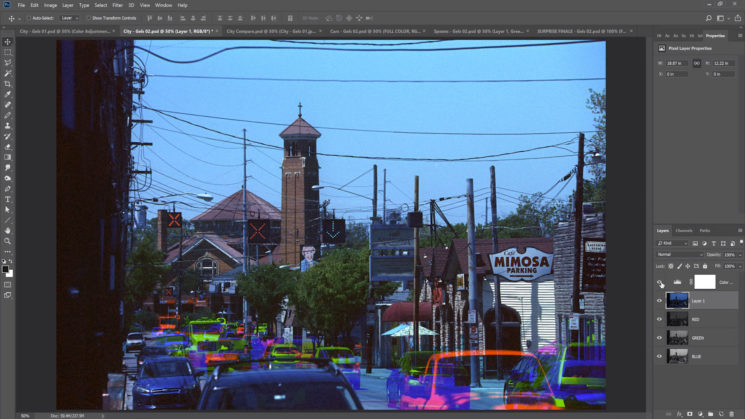 One obvious issue you can spot in the image above is that the cars don’t quite look right. That’s because, in each of the three individual shots that make up the final colour image, the cars are moving. So, each of those areas will see different amounts of red, green and blue, leading to this multicoloured ghosting effect.

For best results, you’ll want a scene that isn’t moving at all. And even then, you have to watch out for things that might move, like reflections of clouds travelling through the sky. 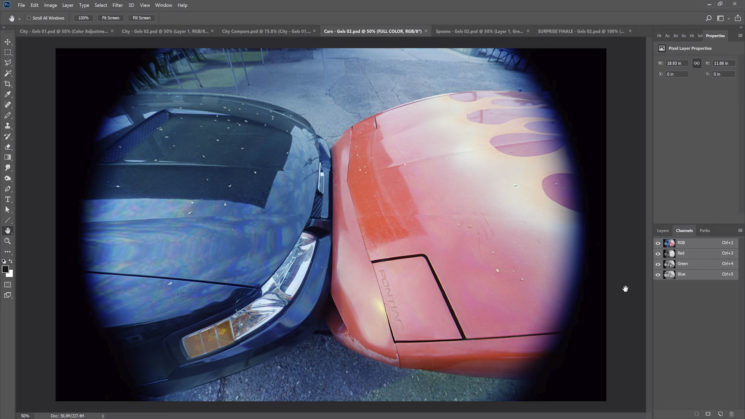 There’s really no practical use for this technique today, other than to experience it and experiment with it. I do like some of the multicoloured effects you see in certain images, though, where some elements aren’t quite lined up.

Plenty more examples are shown in the video, and they are pretty interesting.

Yeah, this one’s definitely staying on my to-do list.