A short while back we (as the rest of the world) were pretty amazed by the innovation from the folks over at Edelkrone with their Slider+, a 1 foot slider that can slide 2 feet. 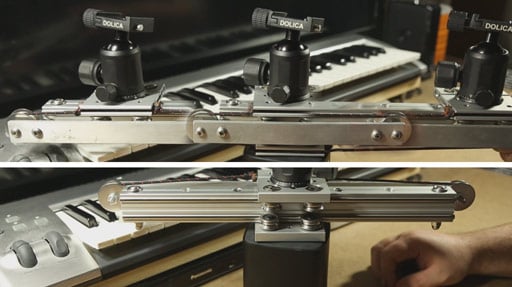 Now videographer Doc Hutch shares his build for this slider. The secret sauce is actually combining two sliders and threading them with a wire that transfers movement from one slider to the other.

Doc uses linear sliders bought in a neighborhood store, but you can use any two identical sliders.

Here is Doc Hutch’s inspiration for you (film)makers: “This is follow up to my other DIY Edelkrone Style Slider video. I do not know the name or brand of the material and the hardware store I bought it from closed down. Take what you see and use your imagination and I am sure you will all figure out something that works“

the idea behind this slider is very similar to a design principle used by cargo lifters, known as block and tackle. Block and tackle is a system that exchanges movement for force. Here are a few examples from wikipedia, showing that in theory you could build a 3:1 slider (i.e. a 1 foot slider that extends to 3 feet) 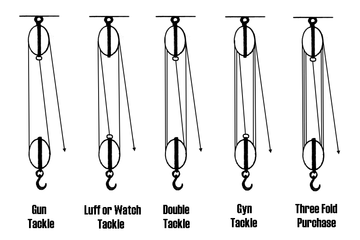 Only in the slider above, there is not much force applied and the movement is simply doubled.

If you wanna make such a slider, here is the entire tutorial by Doc.

and the demo reel

This DIY slider pans, slides and tilts in the most peculiar way

How To Build A Light Table (Or Inspecting 50,000 Film Slides)

How to build a DIY 35mm slides and negatives copying machine