When it comes to product photography, there are a lot of brands out there who keep a very consistent look and feel to their promotional material. Whether it’s a truck or a toaster, you can immediately tell by the way it’s lit and shot that it belongs to a certain brand.

One such brand is Apple. And while many of their product photos and videos are actually CG, the guys at Syrp have broken down Apple’s techniques to show you how you can shoot it for real.

The goal of Syrp’s tutorial is to shoot a video commercial that looks Apple-like, but the same lighting principles can easily be applied to photography. The light will still look the same, but you’re just not going to see the movement in a single photo. When you look at the ads, they seem so simple, but five lights were used in the setup in order to light up the phone, the fan behind, and provide that signature reflection on the phone screen. 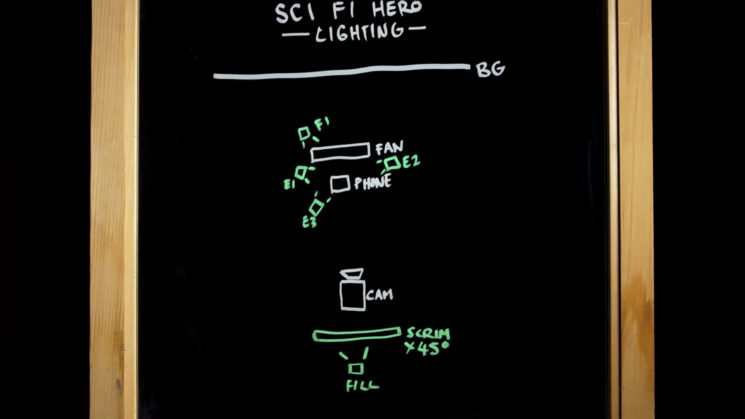 Naturally, as this is a Syrp video, and the final product they’re creating is also a video, they used several Syrp products for the motion control aspects. The video was shot with a Canon C200 on a Syrp Genie Linear II on the Magic Carpet Pro slider to provide the subtle movement of the camera pulling back. The phone itself is mounted to a Genie II Pan Tilt head.

One very cool idea, to ensure consistency between takes is that they completely bypassed the motor in the fan. Instead, they placed a Genie Mini II in between the mount and the fan blade to ensure it moves the same way on every single take and rotates at the same controlled speed. 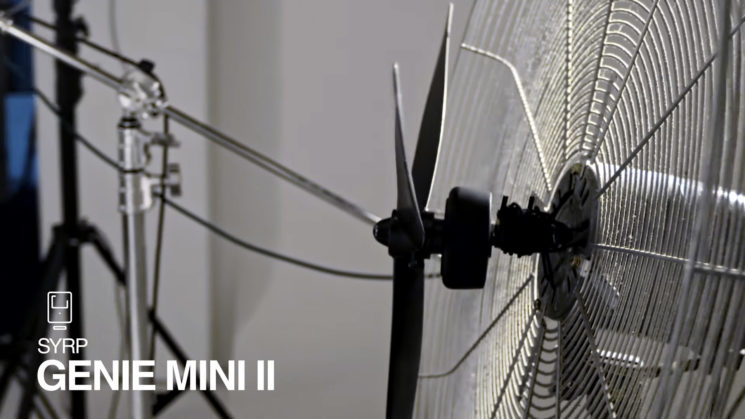 All of the devices are controlled by the Syrp Genie II app, which means everything can be run simultaneously and in perfect sync with each other. The lights are also timed to come on at different times, but for that, a human being is manually adjusting the settings of the lights through a DMX controller as and when required.

A second setup creates the very cool effect of a hand grabbing a phone as the background switches between different “sets”. Each of these sets is essentially a small section of a board which is placed on top of the Syrp Magic Carpet Pro slider and slides along underneath a top-down camera.

The phone flying in and the hand grabbing it and holding it over the top of the sets is shot separately on a green screen and then composited in post. After Effects and DaVinci Resolve are used to clean everything up, key out the green screen and edit it all together.

The final result of everything edited together… Well, you could easily be forgiven for thinking it was a real Apple ad.

Motion control fascinates me, and it’s amazing what you can do now with readily available low budget tools – at least by Hollywood pricing standards.

« This is the first video ever recorded under the ice of the “Doomsday Glacier”
Twitter for photographers, you’re almost there »