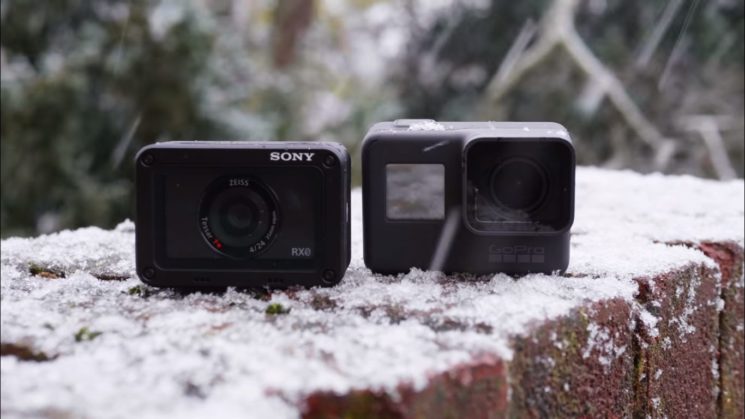 The new Sony RX0 action camera was announced earlier this year. 4K HDMI output, 1080p at up to 1,000fps, wireless timecode sync for multiple cameras, and a 1″ sensor made it a serious competition to GoPro. Kai Wong got his hands on one of these, and in his latest video, he compares it to the GoPro Hero 6. On paper, Sony RX0 sure looks promising. But can it beat GoPro in real life conditions?

Sony RX0 has a 1″ sensor, almost four times the size of GoPro’s sensor. On the other hand, GoPro Hero 6 shoots 4K, while the RX0 “only” shoots 1080p. You can get 4K out of the Rx0, though, if you use an external recorder. But how it looks mounted on a helmet – well, that’s another story. 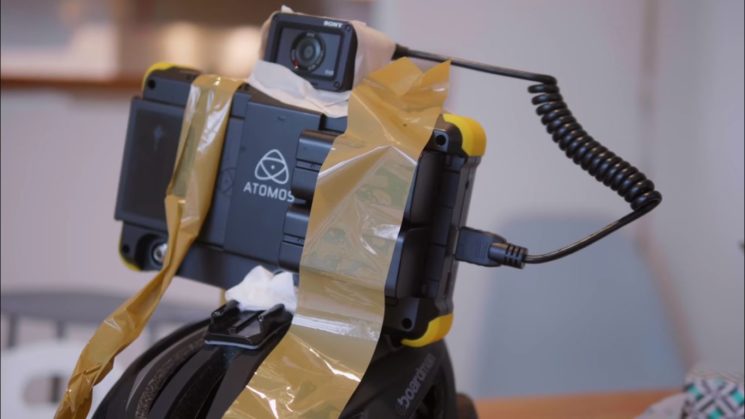 The field of view on the RX0 is different than most action cameras, featuring 24mm equivalent lens. GoPro Hero 6 has a “super bloody wide” field of view with 11mm. According to Kai, although Zeiss optics are superb 24mm is too tight for close proximity shooting.

Unlike GoPro Hero 6, Sony RX0 doesn’t have built-in stabilization. The GoPro’s stabilization doesn’t do wonders, but it still helps stabilize the footage. However, the RX0 wouldn’t perform too well without a gimbal for handheld shots.

The LCD screen of the RX0 is pretty reflective (unless you stand in the shade). Another flaw is that it’s fairly smaller than GoPro’s.

RX0 offers the S-Log2, and GoPro Hero 6 has the Protune controls. From Kai’s test, it appears that Sony has more dynamic range and flatter image, which is better for grading. Sony also has the crisper image, but with shallower depth of field, it’s noticeable when it’s off focus.

According to Kai, the biggest problem with Sony RX0 is that it’s not really an action camera, but rather a “compact camera that’s even more compact.” It’s supposedly a production camera, a small B or C camera, intended for very specific uses.

With S-Log2, Zeiss optics and 1” sensor, Sony RX0 is still a good piece of gear for its price. However, if you want an action camera, Kai’s advice is to choose something else after all.

If you want to see more of the comparisons, you can also check out iPhonedo’s in-depth review of the Sony RX0 with GoPro Hero 6, and he also includes Sony RX100 M5 and iPhone X.