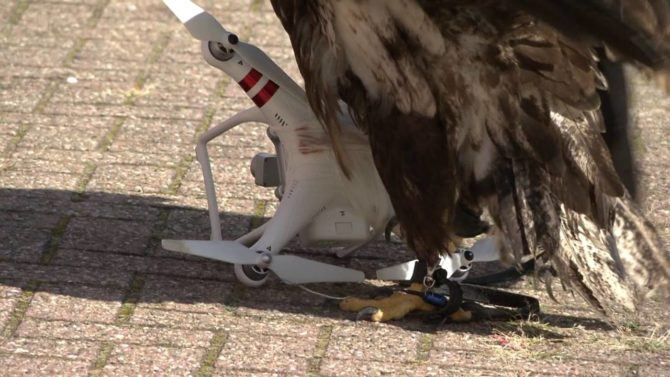 You might remember that police in the Netherlands were training eagles to take drones out of the sky. After almost two years they have decided to shut down the program.

This controversial program had caused significant concern among animal activists who questioned how harmful it would be to the birds. After nearly two years the birds are being retired and reportedly sent to new homes.

As Engadget reports, the Dutch police decided to shut down the program because the actual need for the eagles wasn’t as high as expected. They were supposed to fight terrorists and prevent potential accidents. Fortunately for the people of Netherlands (and the eagles) there were not as many of these incidents as anticipated.

Another reason for terminating the program is the behavior of the birds. Although trained, the eagles wouldn’t always do what they were told. Because of this, the police predicted that their misbehavior in the tests would be even more serious in chaotic real-world conditions.

Lastly, raising and training eagles isn’t the cheapest available solution. Anti-drone technology is advancing at a pace and there are other options to perform the eagles’ tasks just as well, if not better.

The Netherlands was the first country to explore the option of using eagles for taking down drones. It was an that approach caused a great deal of controversy and concerned animal activists. The tests used smaller drones with light rotor blades. The concern was what would happen if the eagles’ legs came into contact with the carbon fiber blades and/or larger drones.

According to The Verge, the Dutch police will move the eagles to a shelter and are now exploring new solutions to taking down rogue drones. Hopefully, they’ll stick to the solutions that don’t involve animals.

[via Engadget, The Verge]

« Seven tough love steps to running a successful business
Hands-on with Sony RX0: can it be the GoPro killer? »