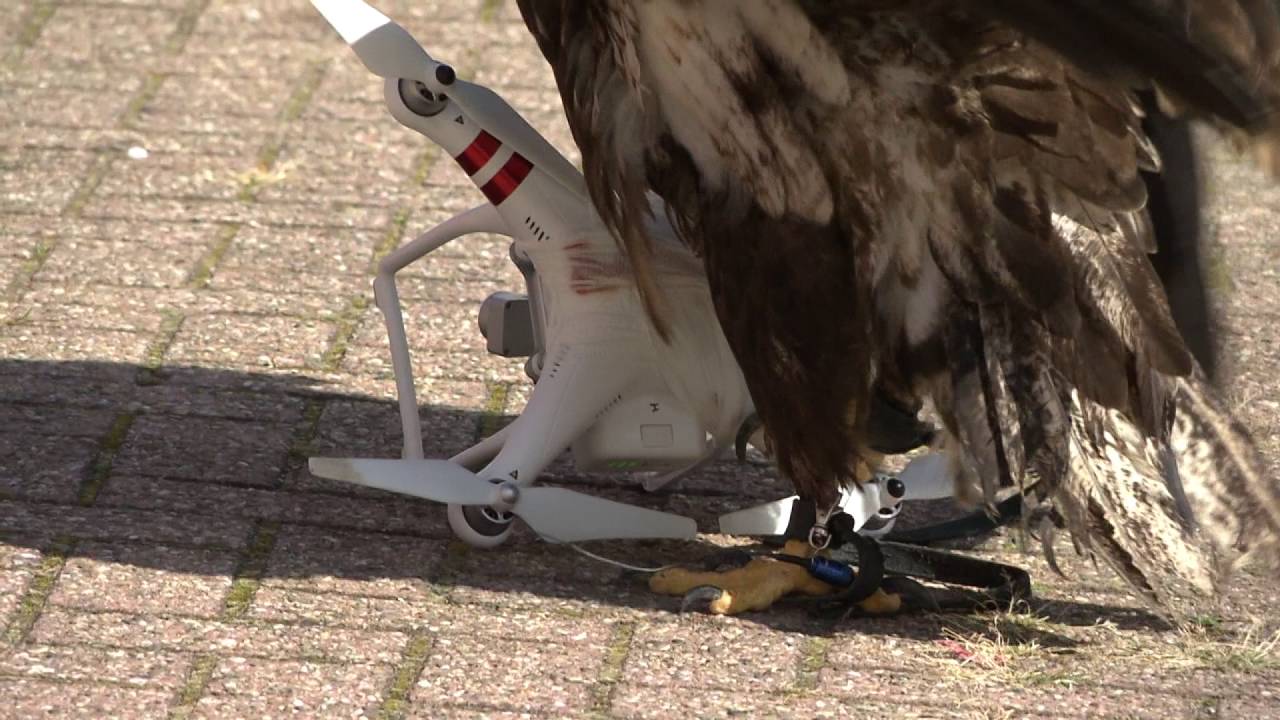 Remember that funny story about eagles being trained to clean the airspace of illegal drones? Well, things just got serious. The program started with one eagle, so the chances of the bird catching a drone somewhere in the duch airspace were pretty random. but the program is gaining momentum and more eagles are begin trained.

If you thought that this is a futile effort, just watch the video below. The film is and it looks like it rolls the story of a high profile meeting being spied upon with a drone. If you just want the action, jump to 1:40.

At first I was concerned that the propellers will hurt the eagle’s leg, but it seems that they never touch. Instead a leather strap is dangling from the bird’s leg and killing the propellers.

There are other methods of intercepting illegal drones, like this net casting Japanese drone, but when the drone singularity apocalypse will come, those will turn against humanity as well. This is why drone hunting eagles may be humanity’s last chance again self aware drones.

p.s. I don’t really think that a drone singularity apocalypse is upon us. but wouldn’t it be awesome if it was. One can imagine, right?

« DIYP reviews SmallRig’s SONY A7II, A7RII, A7SII cage and loving it
This is what Burning Man playa dust will do to your camera [horror story] »