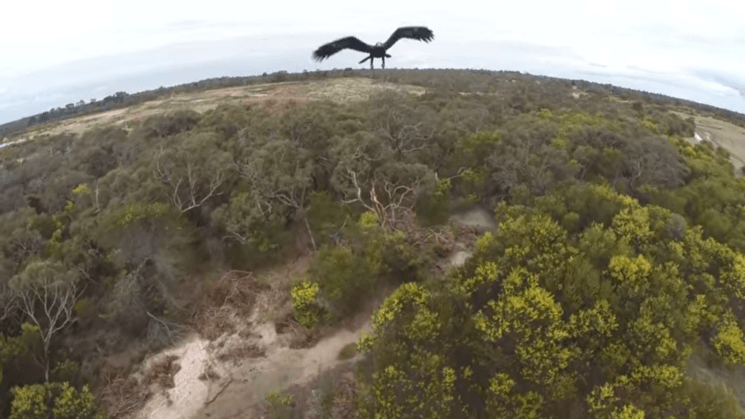 Earlier this year, we were quite surprised (to say the least) by the information that Dutch police were training eagles to take down drones. And what’s more, it seems that the weird approach against UAVs worked. But it appears eagles in Australia require no training to do it. Because they started seeing surveillance drones as their prey, a mining giant Gold Fields has lost nine drones!

Gold Fields run eight gold mines on different continents. They use Trimble UX5 systems for surveillance, and they invest a lot into it. These drones can capture large-scale photos and provide high-detail contouring of mined areas to provide the information for future plans. But, it seems that the badass wedge-tailed eagles don’t really care about the price and usefulness of these drones.

The wingspan of an average wedge-tailed eagle is 2 meters, exactly twice the size of the drone. On the other hand, the drones are made of carbon fiber and foam, they weigh 2,5 kg and reach speed of up to 92 km/h. But in this fight, the eagles seem to triumph.

By now, the company has lost 10 drones. One crashed due to human error, and nine were taken down by the eagles. This caused the company to lose over $100,000 worth of drones, which they are trying to make up for. So, while some companies are investing money to train eagles to take down drones, the others are doing it to repair the damage the eagles have made. What a strange world. But hey, at least they found the crashed drone and it seems the camera survived. I hope this will save them some money for the new camera. And I hope the eagle is fine.