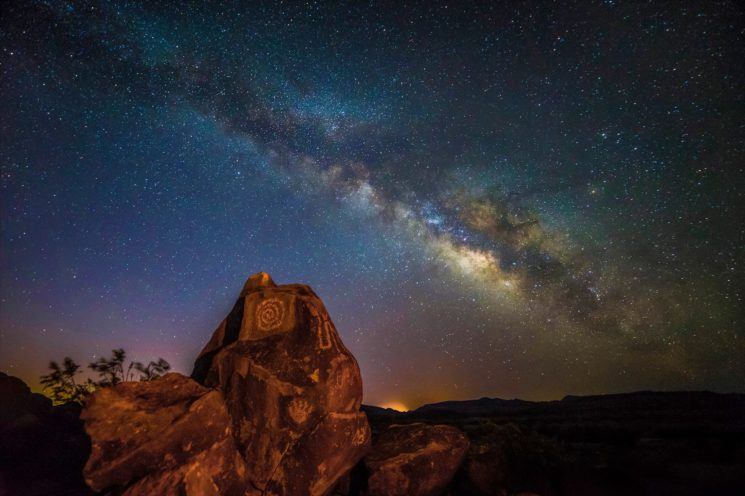 I really, really hate guns. If someone invited me out for some shooting, I would think he wants me to go taking photos with him. And this is exactly what happened to astrophotographer Marc Leatham. Some friends invited him to a bonfire shoot at Four Peaks Wilderness in Arizona. It was only when they got there that he realized they didn’t bring cameras – they brought guns instead.

Marc has been into astrophotography for several years, and some friends from church invited him to go “shooting” with them. He didn’t know them well, but he knew they also had interest in night photography, so he came along. When they arrived to Four Peaks, one of the guys pulled out a highly modified assault rifle. Only then did Marc realize his mistake.

He noticed that the ammunition burnt longer than usual for such a short barrel, so there was a lot more light to work with. His mind began to rush, thinking how he could incorporate the muzzle flash into the photo.

After the initial shock and some thinking about the photographic opportunity, Marc pulled out his “weapon”, too.  He composed the photo by placing Orion on one side, the observers on the other, and the shooter in the middle. And this is what he got: 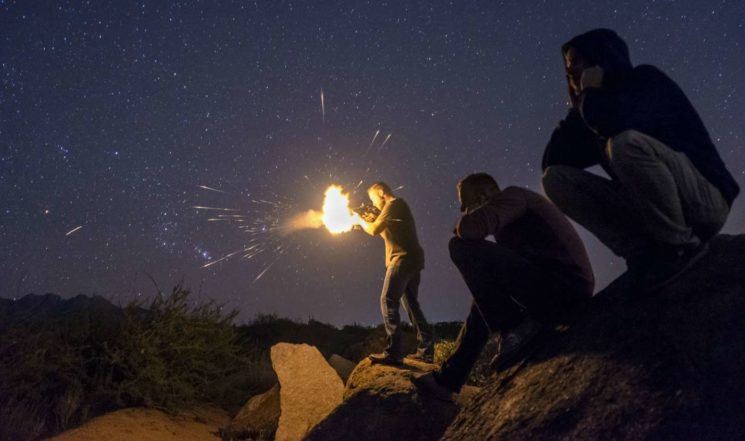 He told the guys to stand still so he could take the shot at 25 sec shutter speed. He used a Sony a7 mirrorless camera, with 28-70mm lens at f/3.5 and ISO 800. Both he and the rest of the guys did a good job, since the photo has surprisingly little blur considering the long shutter speed.

As you can see, a pretty awesome photo came as a result of an epic misunderstanding.  Marc generally shoots the night skies, and as he said to DIYP, he tries to bring the skies into people’s homes with his photography: 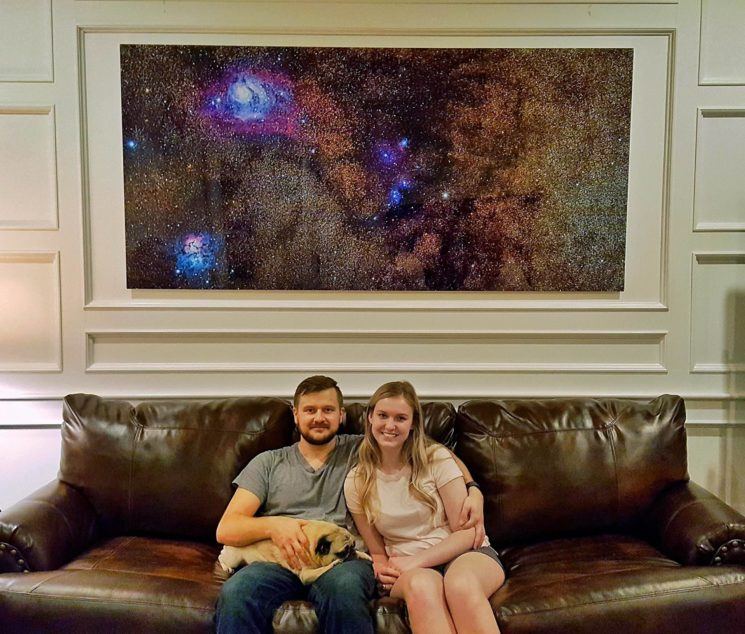 But thanks to photographic mind which understands “shooting” as something quite peaceful, he ended up with something similar, yet so different from his other work. And it was an experience I’m sure he’ll remember for a long time. If you’d like to see more of Marc’s work, like his Facebook page or follow him on Instagram.

“Shoot Portraits, Not People” – a provocative project that brings guns and cameras together