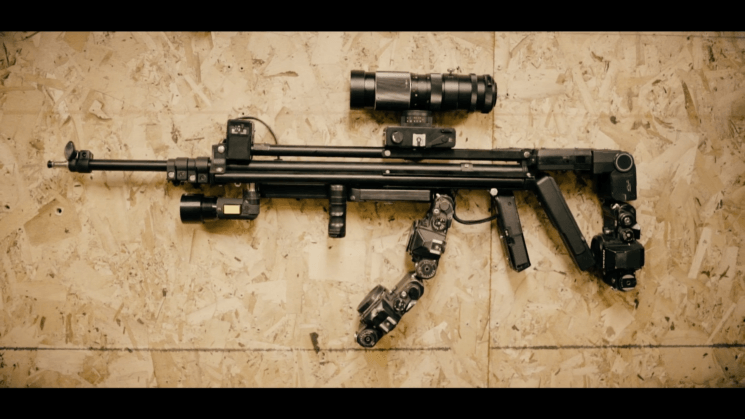 In this hectic and violent world, photographers use the term “shooting” for totally different purposes. Jason Siegel is a photographer who combines the two meanings in a controversial and thought-provoking project called “Shoot Portraits, Not People”.

This is his first non-photography based art project. In order to make it, he used photographic equipment built into high-powered weaponry. Thus, he combined different techniques and different types of art into a unique project.

This project combines the symbolism and the real-life objects. It brings together photography and sculpting, war and peace. It connects the two quite opposite meanings of “shooting” – and so it creates a provocative and quite controversial project.

“Shoot Portraits, Not People” moves beyond the elements of still photography and captures the archetype of both guns and cameras as universally recognized symbols of provocateur.

In order to make this project, Jason connected with Denver-based metal sculptor Keith D’Angelo. He helped him build guns and other military themed accessories from hand-picked camera material. There were 200 pounds of camera parts Jason had to pick from and combine them to make “guns” and other pieces. 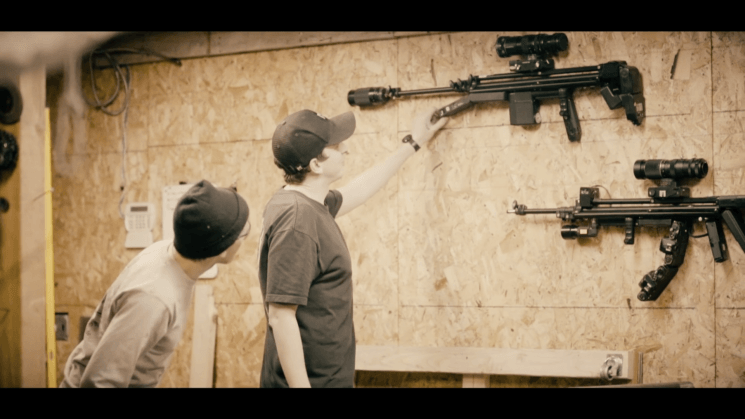 Jason says that making this project has made him cross his creative borders, and pushed him into something new:

“When I’m taking photos, I’m mostly pressing buttons whether it’s behind the camera or behind the computer. This project has allowed me to go beyond my creative borders and create something that has no boundaries and yet is totally unique.”

Apart from just building the “guns,” Jason has also prepared an exhibition. It would be a shame if they didn’t get displayed, right? The opening night of “Shoot Portraits, Not People” exhibition takes place on January 13 at The BLK MKT gallery in Aspen, Colorado. It will be open only until the end of January, including during the X-Games. So, if you are in Aspen during this time, drop by and take a look at the exhibition. You will be able to buy each of the hand-crafted pieces on site, together with prints of each “gun.” And for those of you who live far from Aspen (including myself), you can take a look at some of his work here:

This project brings photography and knitting together, making “blending in” cool again