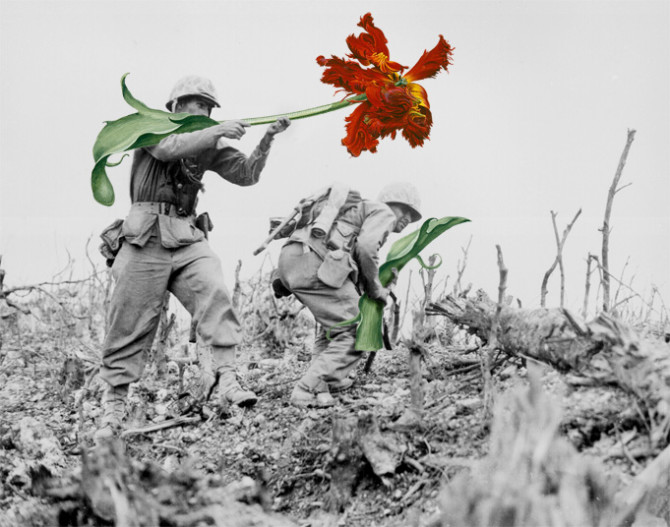 French artist who goes by the name Mister Blick found a new way to send his peaceful message. Using vintage war photos, he blends beautiful illustrated flowers where the original soldiers had guns.

It feels kind of weird watching those photos. Both because of the black and white vs colored photos, but mostly because those flowers seem so out of place with the soldiers faces. 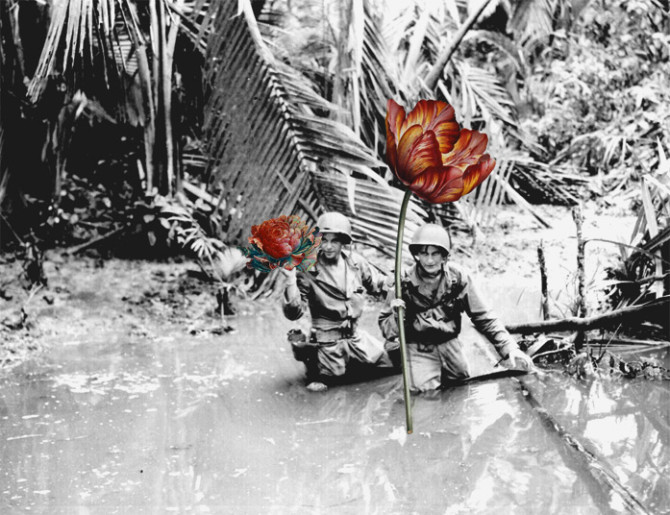 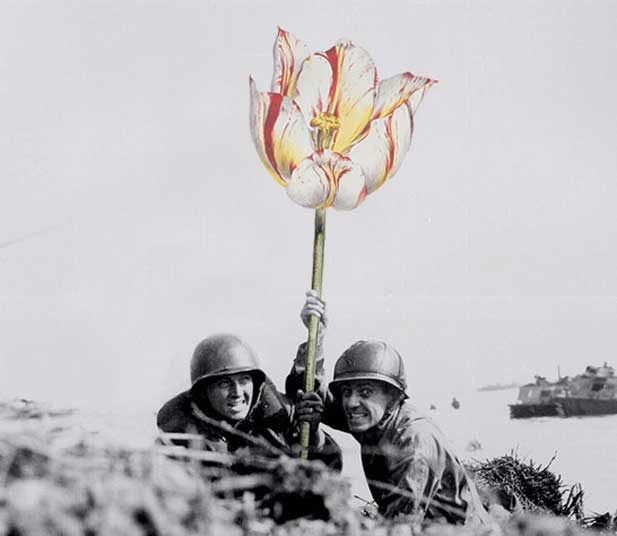 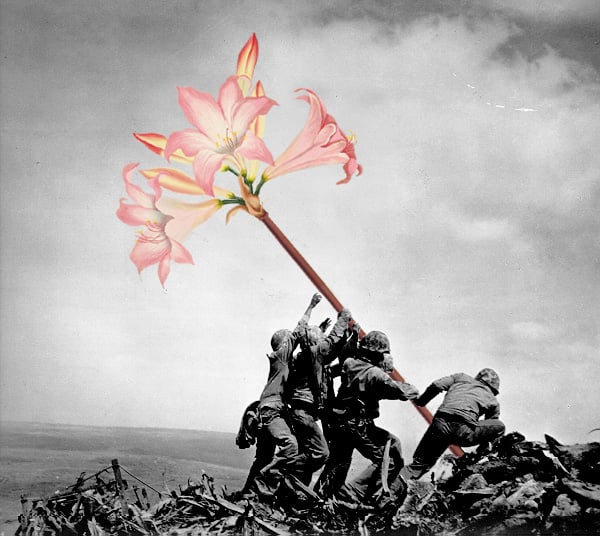 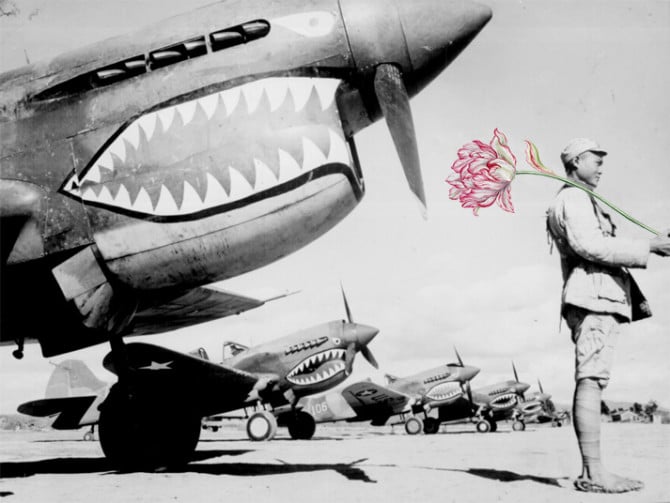 We asked Mr. Blick about the agenda on this project to which he replied there was none right now, but even without a pre-determined agenda the series sends quite a strong message.