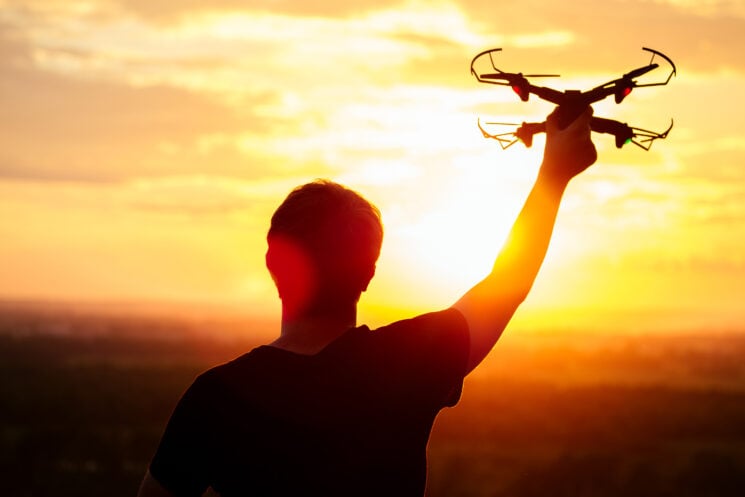 It’s every drone pilot’s worst nightmare. One moment you’re happily flying away, the next, your drone has gone out of control and is plummeting towards certain death, usually in a body of water, just to make things even more interesting. These things seem to have a nose for water. Take a drone to a desert, and it could save your life because you can almost guarantee that if there is water to be found, the drone will crash into it!

The Drone Light Show company had similar bad luck recently when not just one of its drones, but around 50 of them, got into difficulty during one of their shows in Perth, Australia. And, of course, these rogue drones decided to crash into the water, ultimately costing the company around $100,000 Australian dollars ($66,000 USD).

Multiple drones began malfunctioning and falling from the sky throughout, crashing into the Swan River below as crowds watched on. #9News pic.twitter.com/oThMMvUEYf

“The highly anticipated City of Light Christmas drone show didn’t go exactly as planned,” reports 9News Perth. You could say that. As thousands of people watched, light-laden drones started to drop from the sky into the Swan river.

Managing director of Drone Sky Show Joshua Van Ross said that around 50 of the 500 drones had an issue that caused them to crash. Each drone cost roughly $1320, making this a very costly malfunction.

“If there is any wind interference, drones do hit each other, that does happen, propellers snap, there are things that go wrong,” Van Ross told local news outlet WA Today.

“Two to three drones [falling] per show is actually normal … last night was not normal,” Van Ross added. Apparently, GPS interference is also being investigated as a potential cause of the drone dropouts.

Van Ross summed up by saying that the loss made him “cry a little bit … I am trying not to think about it … but it was an expensive show for us.”

Divers have been deployed to recover the drones from the river, however, it is unlikely that they will function again. Fortunately, no one was hurt by the incident as the display happened over the river, not over any crowded area.

I do feel for Van Ross, however, I would hope that the drones were insured for such an occurrence. Still, it’s unfortunate that so many drones were affected. It will be interesting to find out if there was any nefarious activity involved, or if it was merely just a ‘computer says no’ glitch.

« The best photo sharpening AI in 2022 – compared
A somber prediction – A.I. will replace all creatives »